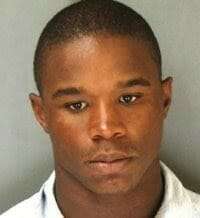 Proving true to his Hollywood namesake, Robinson, also known by names such as “Scarface,” entangled himself in a sadistic world of narcotics and violence in which he personally committed at least two senseless murders.   In December 1998, Robinson-a wholesale drug dealer then operating in five states-killed a man he mistakenly believed responsible for an armed hijacking that cost him $30,000.   In May 1999, angered by a fraudulent drug transaction in which he paid $17,000 for a block of wood covered in sheetrock, Robinson retaliated by killing a man whose only connection to the fraud was that he was the brother-in-law of the fraudulent seller.

For these murders and his complicity in an ongoing criminal enterprise resulting in the murder of a third man, Robinson was convicted and sentenced to death on three separate counts, to life imprisonment on two others, and to a consecutive 300-month sentence on another.   With one limited exception, Robinson challenges neither the sufficiency nor the admissibility of the evidence.

The murder of Johnny Lee Shelton is a case of mistaken identity.   Shelton was similar in appearance to a man named “Big Friday,” whom Robinson blamed for a hijacking in a McDonald’s restaurant parking lot several months before.   On the night he was murdered, Shelton and a friend, Jerell Gardner, spent the evening at a Dallas night club, where they were spotted by two of Robinson’s associates who mistook Shelton for Big Friday and called Robinson to tell him what they had seen.

Robinson quickly arrived at the club, whereupon he and two other men sat in a nearby parking lot, waiting for the man they thought was Big Friday to leave.   They spotted Shelton and Gardner leaving the club in a car similar to the one Big Friday drove, and followed them onto a local highway.   As they caught up to the car, Robinson yelled “that’s him,” leaned out the window, and opened fire with an AK-47 assault rifle.   One of Robinson’s companions, L.J. Britt, also known as “Capone,” did the same.   Although most of the bullets missed their mark, Shelton was struck in the stomach and later died.1

Juan Reyes was shot to death at close range on the driveway in front of his home.   He and two companions, Isaac Rodriguez and Nicholas Marques, arrived there on the day of the murder, not suspecting that in a car parked across the street were three men-including Robinson and Angelo Harris-who were upset that they had been sold a $17,000 block of wood instead of narcotics.   Robinson and Harris approached Reyes carrying automatic weapons, said something to him-the record is unclear whether it was a demand for money-then shot him in the foot.   Rodriguez, who had been standing nearby, turned to flee and was shot three times, in the back and leg.

Reyes fell to the ground and lay there as Robinson and Harris shot him at least nine times.   An autopsy revealed fragments of concrete in several of Reyes wounds, suggesting he was shot from a distance of less than five feet, causing the bullets to pass through his body, ricochet off the pavement, and re-enter his back.   Before leaving, Robinson and Harris also fired several shots at Marques, who was still seated behind the wheel in the car in which he, Reyes and Rodriguez had just arrived.   Marques managed to drive around the corner to safety, but his car was riddled with bullets.2

Robinson also was convicted for involvement in a broad conspiracy that led to the murder of Rudolfo Resendez at the hands of Britt and Hendrick Tunstall.   While engaged in this conspiracy, Robinson and other conspirators possessed more than five kilograms of cocaine and various firearms.3  Robinson was further convicted of possessing three firearms in furtherance of a drug trafficking crime:  a 9mm UZI pistol, a .357 caliber Smith & Wesson pistol, and an SKS 7.62×39 semi-automatic assault rifle.4  Finally, he was convicted on several other drug and weapons charges that the district court treated as lesser included offenses and for which no independent sentence was imposed.