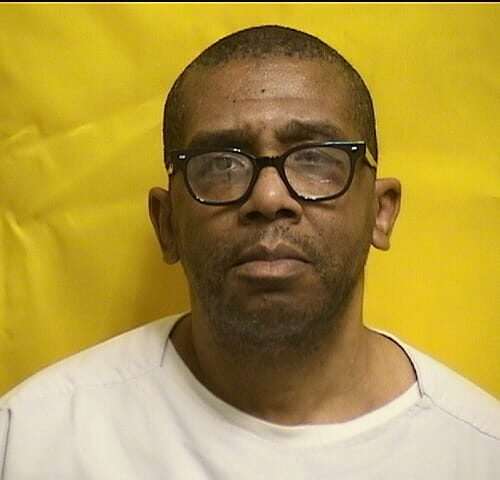 The East Cleveland, Ohio, home of John McGrath (“McGrath”), a 79-year-old African-American man, was burglarized on three separate occasions in August 1983.   On August 24, 1983, after the third break-in, East Cleveland police detectives, in consultation with McGrath, devised a plan to apprehend the person or persons that had burglarized his home.   They placed a clean drinking glass upside down over a quarter on McGrath’s dining room table, anticipating that the burglar would lift the glass to remove the quarter, and in the process, leave his or her fingerprints.   A fourth burglary occurred on September 7, 1983, after which McGrath again notified police.   As predicted by the detectives, the burglar had moved the drinking glass and taken the quarter.   The police analyzed the fingerprints obtained from the glass, but were unable to identify them at that time.

Three years later, on Saturday, July 12, 1986, McGrath drove his 1982 Ford Escort to a bank, where he cashed a $21 check.   Patricia Hill, the head bank teller, stated that McGrath appeared to be in high spirits and in good health.   On Monday morning, July 14, Deidra Coleman noticed McGrath’s Ford Escort parked in her Cleveland, Ohio, neighborhood.   Behind the wheel of the car was a young, African-American male, who remained in the car for almost two hours.   Her suspicions aroused, Coleman walked by the car, looked at the driver, noted the license plate number, and twice called the police from a pay phone a block away.   She provided police with a description of the vehicle and its license plate number.   The car left at approximately 11:20 a.m. and returned thirty minutes later, at which time Coleman observed the driver walk to the yard of her elderly neighbors, where Esther Turk was home alone.   Again, Coleman notified the police.   Shortly thereafter, she spotted the young man running from the Turks’ home, while carrying a brown bag beneath his arm.   Coleman and Turk’s husband then entered the home and discovered a bruised Esther Turk shaking with her blouse undone.   She had been assaulted and robbed.

Coleman, a trained artist, sketched for the police the driver she had seen in the Ford Escort parked outside the Turks’ house.   She subsequently identified Lott from a photo array as the driver of the vehicle.   Coleman again provided City of Cleveland police detectives with the vehicle’s license plate number, and they, in turn, used that information to identify McGrath as the owner.   The detectives traveled to McGrath’s house and sought to speak with him about his car.   Upon seeking entry into the home, they were unable to elicit a response from anyone in the house.   The following day, the detectives asked East Cleveland police officers to check on the welfare of McGrath.   When uniformed East Cleveland police officers were also unable to rouse McGrath, they entered the house through an unsecured kitchen door, whereupon they discovered a bloody, semi-conscious, and severely burned McGrath lying on the bedroom floor of his home.   Apparently, during the course of a burglary of McGrath’s home, an unknown assailant had doused McGrath with heating lamp oil and set him on fire.   McGrath suffered second-degree burns over twelve- to eighteen-percent of his body.   The burns extended over his right back and side, lower and upper left side, both arms, and both knees.   McGrath also suffered abrasions on his wrist, knee, and ankle, and a bruised left eye, which had apparently been caused by a blunt trauma.

At the time that police officers discovered McGrath, he was wearing a shirt that covered his burns, although the shirt itself was not scorched.   Dried fluids (apparently from McGrath’s burning flesh) were present on the shirt and a strong odor emanated from McGrath’s burns.   Police also found, within a foot of McGrath’s body, a frayed telephone cord, which police believe was used to bind McGrath’s wrists and ankles.   On an adjacent cabinet, police discovered an uncapped one-quart bottle of flammable heating lamp oil.   One-third of the oil remained in the bottle.   Other evidence of a fire included charred draperies and a sheet.

When police officers interviewed McGrath, he informed them that he recognized his attacker.   McGrath described him as a six-foot-tall, medium-build, very light-complexioned African-American man with long, straight hair, who, at the time of the attack, was wearing a light-colored shirt, white-gray tennis shoes, and a cap without a bill.   One week after McGrath provided police detectives with this description, he was interviewed again at the hospital, at which time he told them that he believed that he and his assailant were patrons of the same barber shop.   Police detectives showed McGrath a composite sketch drawn by Coleman of the man seen driving his car.   McGrath examined the sketch, but was unable to identify the sketched individual as his attacker.   Both interviews of McGrath were memorialized in police reports.   On July 23, 1986, McGrath died of acute bilateral bronchopneumonia stemming from his injuries.

City of Cleveland police officers arrested Lott in Cleveland for McGrath’s murder on July 30, 1986.   An investigation conducted by City of Cleveland police officers determined that an intruder had forcibly entered McGrath’s home by removing a rear basement window from its frame and prying loose a panel on the door leading from the basement to the kitchen.   The house had obviously been ransacked.   Kitchen and bedroom drawers had been opened and emptied.   The mattress to McGrath’s bed had also been disturbed.   The officers lifted a set of fingerprints from a church contribution envelope in McGrath’s home and a fingerprint from a dresser in the bedroom.   Officers identified the fingerprints as Lott’s and also determined that Lott’s fingerprints matched those found on the glass that the officers had placed on McGrath’s dining room table three years earlier.   In McGrath’s bedroom, the officers discovered a dusty shoeprint, which generally matched the pattern found on a pair of light-colored tennis shoes recovered by officers from the trunk of Lott’s car on the date of his arrest.   A few days after the discovery of McGrath, police officers located McGrath’s car, which they believe Lott stole and drove for more than 28 hours prior to his apprehension.