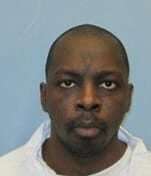 It took an Etowah County jury less than two hours this afternoon to find a Gadsden man guilty of capital murder in the 2013 slaying of his 20-month-old daughter.

The penalty phase in the trial of Stephon Lindsay will begin tomorrow at 10:30 a.m. at the Etowah County Judicial Center.

Lindsay, 38, was accused of killing his daughter, Maliyah Tashay Lindsay, almost three years ago in what was termed a “ritual” killing. Jurors heard medical testimony and saw graphic photos depicting how Maliyah was killed by at least six blows to the neck with a sword-like machete.

Following the verdict, prosecutors embraced weeping family members, who thanked them. Maliyah’s mother, Tasmine Thomas, was one of them.

Gadsden police discovered the body of Maliyah in a wooded area at the dead end of Plainview Street in Gadsden on March 12, 2013 after Stephon Lindsay was arrested in connection with the child’s disappearance.

Detectives found her body in garbage bags not far from the family’s apartment, and found multiple swords and long knives dumped in a wooded area a few blocks away. Lindsay during his arrest gave a confession of nearly two hours on video, which was later played for jurors. He had entered a plea of not guilty by reason of mental disease or defect.

During closing arguments, prosecutor Carol Griffin said the crime was “monstrous” and “too horrible to imagine.”

“You’ve seen things I’m sure you wish you could unsee,” she told the jury.

District Attorney Jody Willoughby asked jurors to remember the first words Lindsay had said in his taped confession: “I’m kind of scared. I don’t know where to start.” He then went on to recount how Lindsay had killed the child in the ground floor of the apartment.

“How scared was that baby girl the night of March 5?” he asked, referred to bruises left on the child’s cheek when Lindsay held her mouth to keep her from screaming.

Lindsay’s lawyers, however, argued that he thought he was following the command of his god. Lindsay told police he killed the child at the command of his god Yahweh, and Thomas had testified Lindsay kept a green binder with handwritten pages he referred to as his bible. Remnants of the notebook were found not far from the knives, with pages torn up.