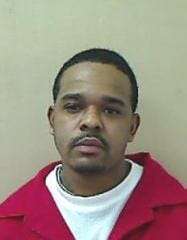 The evidence at trial tended to show that on 3 January 2000, defendant met two friends, Antwaun Sims and Chad Williams, at a game room in Newton Grove.   At defendant’s request, Williams brought a BB gun with him to Newton Grove and gave it to defendant upon arrival at the game room.   After spending some time at the game room, defendant, Sims, and Williams left for the Newton Grove traffic circle where they “hung out,” smoked marijuana, and drank brandy.   Defendant told Sims and Williams that he wanted to steal a car so that he could leave town, and Sims said he was “down for whatever.”   At that point, defendant spotted Elleze Kennedy leaving Hardee’s, and he said, “I want to rob the lady for her Cadillac.”

The evidence further showed that defendant, Sims, and Williams followed Kennedy to her nearby home and watched as she exited her car and turned to lock the door.   Defendant then ran up to Kennedy, pointed the BB gun at her and said, “Give me your keys.”   Kennedy threw her keys into the yard and began to scream, at which time, defendant hit her with the gun, knocking her to the ground.

Sims and Williams found the car keys and then put Kennedy into the car.   Kennedy bit Williams as he grabbed her, and Williams punched her in the jaw to make her release his hand.   Defendant sat in the back seat with Kennedy.   Sims drove the car, and Williams sat in the front passenger seat.   At one point, Kennedy asked defendant why he was so mean and where he was taking her.   He responded by hitting Kennedy in the face with the BB gun.   Kennedy, bleeding badly at that point due to repeated beatings, laid her head against the door and did not say anything else.

Defendant instructed Sims to drive to the Bentonville Battleground and, upon arrival, defendant, Sims, and Williams pulled Kennedy from the car and placed her in the trunk.   They got back in the car and drove toward Benson.   Kennedy was unconscious when placed in the trunk, but she later awoke and began moving around in the trunk.   Defendant told Sims to turn up the radio so that he did not have to listen to Kennedy in the trunk.

The three men then went to the trailer of Mark Snead, Williams’ cousin.   They went inside and smoked marijuana with Snead.   The men told Snead that the car was rented and that the three were traveling to Florida.   Soon thereafter, the three left Snead’s trailer and went to the trailer of two individuals referred to as Pop and Giovonni Surles, where Sims used Pop’s phone to call his girlfriend, and then the three left.   Before leaving the trailer park, Williams got out of the car and walked back to Snead’s trailer because, as he testified at trial, he did not wish to go anywhere with Kennedy in the trunk of the car.   Defendant and Sims returned a short time later and told Williams that they had released Kennedy, after which Williams left with them.

Defendant, Sims, and Williams made one more stop in Benson to clean the blood from the backseat of the car.   They then drove towards Fayetteville on Interstate 95.   Sims stopped for gas at a truck stop, and defendant looked through Kennedy’s purse and found four dollars to use towards gas.   While at the gas station, Williams heard movement in the trunk of the car and realized Kennedy was still trapped in the trunk.   Williams confronted defendant with his suspicions, and defendant told Williams he was “tripping.”   Defendant disposed of the BB gun and Kennedy’s credit cards by throwing them out of the window along Interstate 95.   Once in Fayetteville, Sims stopped the car, and he and defendant went to the trunk.   According to Williams’ trial testimony, Sims slammed the trunk repeatedly on Kennedy as she was trying to get out.

Defendant then decided that the group needed to return to Kennedy’s house in Newton Grove to look for the scope to the BB gun.   Defendant did not find the gun scope, but he did find one of Kennedy’s shoes.   He picked it up and put it in the car.   As they were leaving the house, Williams again asked defendant and Sims to release Kennedy.   Defendant told Williams they would release Kennedy, but they had to go somewhere else to do so.

The trio left Kennedy’s house a second time and drove the car down a path into a field, parking on a hill at the edge of the clearing.   Sims turned off the headlights and opened the trunk.   Williams testified at trial that he could hear Kennedy moaning.   Williams asked defendant what he was going to do.   Defendant responded, “Man, I ain’t trying to leave no witness.   This lady done seen my face.   I ain’t trying to leave no witness.”   With that, defendant shut the trunk on Kennedy.   Defendant then got a lighter from Sims and set his coat on fire, threw the burning coat into the car, and shut the door.

The next morning, defendant sent Sims to check on the car.   Sims rode his bicycle down to the car and found that the windows were covered in smoke and Kennedy was dead.   Sims reported back to defendant, who then called a friend, Ryan Simmons, to come and pick them up.   Before leaving the area, defendant had Simmons drive them down to the car.   Defendant and Sims got out to wipe fingerprints from the car.   Williams stayed in the car with Simmons and admitted to him that the car was stolen.   He did not give the details of the prior evening.   Simmons took defendant and Williams to their respective houses to get some personal items and then dropped all three at Sims’ brother’s home, where they stayed for the next few days.

Kennedy’s car was discovered by Joe Godwin on 4 January 2000.   The car was parked close to Godwin’s property line, and when he went to investigate, he found that all of the windows were covered over.   At Godwin’s request, his wife called the sheriff’s department, and a detective discovered Kennedy’s body upon examination of the car.   An autopsy report concluded that Kennedy suffered several blunt force trauma injuries to the head but ultimately died from carbon monoxide poisoning, a direct result of the fire set by defendant inside of the car.   Defendant, Sims, and Williams were ultimately linked to the crime.   Williams gave several statements to police and eventually pled guilty to murder, kidnapping, and theft.   Williams testified against defendant and Sims in exchange for acknowledgment of his assistance by the prosecution during his own sentencing proceeding.