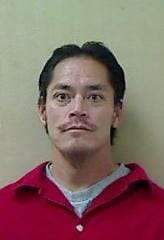 On 13 August 2000, David William Brandt was employed as the assistant manager of Aladdin’s Castle, an arcade located in the Jacksonville Mall. As assistant manager, Brandt was responsible for depositing the arcade’s earnings in a nearby bank every day or every other day.   When Brandt left the mall on 13 August 2000, he was carrying three bank deposit bags containing a total of $2,688.25.   As he was leaving, defendant and his friend Angelito Reyes Maniego approached Brandt and asked him for a ride.   Brandt had given Maniego rides home on several prior occasions, so Maniego was aware that Brandt often dropped off the arcade’s bank deposits after work.

Brandt agreed to give defendant and Maniego a ride.   Once inside Brandt’s truck, defendant held a knife to Brandt’s throat and told him that he would not hurt Brandt if Brandt cooperated.   Defendant instructed Brandt to drive to Wal-Mart, but Maniego told Brandt to keep driving.   Brandt drove to an apartment complex where Maniego took over the driving.   After driving for about two hours, defendant told Maniego to find the nearest woods, which Maniego did.   They pulled to the side of the road and exited the truck.   Defendant told Brandt to remove his shirt, and then walked Brandt into the woods, with Maniego following.   Next, defendant took a pair of handcuffs from his backpack and handcuffed Brandt to the largest tree he could find.   When the handcuffs broke, defendant claimed Brandt fell unconscious.   At some point after he handcuffed Brandt, defendant placed a racquetball in Brandt’s mouth and wrapped electrical tape around his head to secure the ball.   Maniego said, “Now just off him,” and handed defendant a knife Maniego had brought from home.   Defendant handed the knife back to Maniego, and they argued for several minutes about who should kill Brandt.   Ultimately, defendant took the knife and stabbed Brandt approximately 31 times.

Defendant and Maniego then drove Brandt’s truck back to Jacksonville.   Once there, they cleaned out the truck and left it in a Wal-Mart parking lot.   They disposed of Brandt’s clothes and divided the money from the deposit bags.

Detectives Condry and Fifield investigated Brandt’s disappearance as a missing person case.   On 15 August 2000 at 4:00 p.m., the detectives went to defendant’s residence to talk with him because he was one of the last people seen with Brandt.   Defendant agreed to go with the detectives to the Jacksonville Police Department.   At approximately 4:20 p.m., defendant gave a written statement, in which he said Brandt drove defendant and Maniego home.

Detective Condry told defendant his statement was inconsistent with what Maniego told the police.   Defendant then made a second statement to the police telling them that a few hours after Brandt left defendant at defendant’s home, Maniego returned and took defendant down to the waterfront.   At the waterfront Maniego showed defendant the bags of money Brandt had been carrying, and offered defendant half the money in exchange for defendant’s silence.   Defendant stated that he took half the money and stashed it under a sofa cushion in his home.   Based on this statement, the detectives asked defendant if they could search his home for the money.   Defendant accompanied the detectives to his home and showed them where he had hidden bundles of cash totaling $892.00 under a sofa cushion.   The police then took defendant into custody at which time defendant made a third statement.   In this statement, defendant confessed to murdering Brandt.