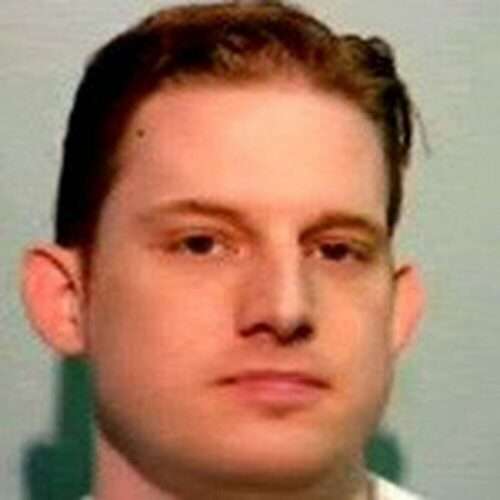 Christian Longo was convicted of killing his wife and three children on the Oregon Coast. The bodies of the four were recovered from two coastal inlets around Christmas 2001. Longo went on the lam. He landed on the FBI’s 10 Most Wanted list before he was captured in Mexico posing as a travel writer.

The first hints of the events that would unfold in Oregon came roughly 18 months before the crimes, while defendant was living with his family in Michigan.   On May 26, 2000, Mary Jane Longo called her sister;  she was very upset.   Mary Jane told her sister that she had discovered emails from defendant to another woman;  that she had confronted defendant with those emails;  and that defendant had told her that he did not love her anymore, that she spent too much time and attention on the children, and that she was no fun since they had had children.

In early 2001, because of various financial and legal problems, defendant and the family moved to Ohio and lived for a time in a warehouse.   After defendant became a suspect in the murders, police searched that warehouse.   There they discovered items that had been left behind by the Longos, including Mary Jane’s wedding dress and wedding photos of defendant and Mary Jane. There were also two books:  one was a Spanish phrasebook, and the other was a book entitled The Modern Identity Changer.

Defendant and his family soon left Ohio, arriving on the Oregon coast in early September 2001.   They settled in the Newport area.   Defendant was hired as a part-time employee in the Starbucks coffee outlet located in the local Fred Meyer department store.

Defendant and his family moved into the Newport Motor Inn around the first of November 2001.   Defendant told the manager that he had been sent down from Portland to help set up the Starbucks outlet.

On November 19, 2001, defendant printed off from the Internet the obituaries for four young adult men from the area.   Those printed obituaries would later be found in defendant’s locker at work.   Handwritten on three of the printed obituaries were social security numbers.   When police later captured defendant, he had in his possession one of the four names.

On November 20, 2001, defendant stole a credit card receipt from a customer making a purchase at Starbucks.   After the murders, defendant used that credit card information to buy a plane ticket to Texas.

About November 30, 2001, defendant and his family moved into a condominium.   Defendant told the condominium manager and the front desk person that defendant worked as a subcontractor for Qwest surveying the coast for DSL (a type of high-speed Internet service).   Defendant claimed to both that he had only two children, not three.   Defendant also claimed that his family lived out of town, but he said that they would visit some weekends.2

Defendant had one vehicle, a maroon minivan with an out-of-state license plate reading “KID VAN.” 3 On  December 9, 2001, defendant and his family looked at a green Dodge Durango at the Town and Country Dodge dealership in Wilsonville.

On December 15, 2001, a Saturday, defendant did not work.   That night, Denise Thompson, a coworker of defendant’s, babysat the children so that defendant and Mary Jane could go to dinner and a movie.   Defendant and his wife returned about 10:30 p.m. As far as can be determined, that was the last time anyone other than defendant saw Mary Jane Longo or the children alive.

It is not clear exactly when defendant committed the crimes.   At 2:00 a.m. on the morning of Sunday, December 16, a couple staying in the room directly above the Longos, Mr. and Mrs. Crabb, were awakened by dragging noises that continued for five to 15 minutes.   Mrs. Crabb believed that the noises were coming from downstairs.   Mr. Crabb thought that the noises came from next door;  he called the apartments on either side, but no one answered.   The next morning, the Crabbs complained at the front desk.   They were told that no one had been in the rooms on either side of them.

Defendant’s recorded interview with police suggested that the murders took place in the early morning hours of Monday, December 17. Defendant implied that he killed his family after returning home from work at 11:00 p.m. He indicated that it was either Sunday or Monday, but he could not remember which.   Defendant’s work records show that he did not work on Saturday;  he did work until 11:00 p.m. on both Sunday and Monday, December 16 and 17.

In his recorded statement, defendant said that, when he got home after 11:00 p.m., everyone was asleep.   He had some wine and cheese, went onto the deck to think about his financial problems, then came back in and lay down in bed next to Mary Jane. Madison, the youngest child, was sleeping on the floor of the bedroom on a comforter.   Zachery and Sadie slept in the living room on the couch.   Defendant lay awake for a couple of hours, worrying about his financial problems.   In his recorded statements to police, defendant did not further describe the crime, but he did say that he had “been reliving it [those events] every night.” 4

Mary Jane was manually strangled.   Her nude body was put into a suitcase and dumped off the dock at the Embarcadero Marina.   Madison, the two-year-old, also was strangled;  her body was put into a different suitcase and dumped off the same dock.   Zachery and Sadie (ages four and three, respectively) both died of asphyxiation, but the medical examiner could not be more specific.   The body of Sadie Longo was tied to a rock and dropped off a bridge on Highway 34 near Waldport.   The body of Zachery Longo was found floating near the same bridge.   Near where Sadie’s body was later found, divers located a large rock inside a child’s pillowcase that had been twisted shut.

At about 4:30 a.m. on Monday morning, December 17, a construction worker was driving on Highway 34 near Waldport.   He found a red minivan stopped in the middle of a bridge.   The worker stopped and asked the driver, a man, whether he needed any help.   The driver said that he did not;  he had pulled over because his “check engine” light had come on.

Later the same morning, at about 8:00 a.m., the harbor master at the Embarcadero Marina noticed a broken pipe under a ramp at the marina.   Divers later discovered the suitcases containing the bodies of Mary Jane and Madison in the water just beneath where the pipe had been broken.

Defendant did not work Tuesday, December 18.   That day, the housekeeping staff at the Newport Motor Inn discovered that someone had put in their trash dumpster children’s clothes, baby books, and a wallet containing Mary Jane’s driver license.

That afternoon, someone stole a green Dodge Durango from the Town and Country Dodge dealership in  Wilsonville and left behind a maroon minivan.   Although the license plate had been removed from the minivan, the foam underneath showed the impression of the letters “KID VAN.” Inside the minivan were two other different license plates.

Late in the afternoon on December 18, defendant spoke with the manager at the condominium.   Defendant told the manager that he had taken his wife and children to the airport, and that he and Mary Jane were having marital problems.

Defendant attended a Christmas party for Starbucks employees the same night.   He was driving a green Dodge Durango.   Defendant told Denise Thompson and another coworker that he had taken his wife and children to the airport.   The party involved a gift exchange, and defendant gave the recipient of his gift a bottle of perfume.   The bottle was not new;  it had belonged to Mary Jane.

On Wednesday, December 19, defendant worked from 5:00 a.m. to 2:00 p.m. That day, defendant told Thompson and another coworker that his wife was having an affair, and that she had left him for the other man.5  He named the man supposedly involved.   Defendant claimed to Thompson that he was not sure whether Madison was his own child.

That afternoon, defendant rented a movie.

On Thursday, December 20, defendant again worked from 5:00 a.m. to 2:00 p.m. He later played volleyball with a coworker.

On December 21, defendant fled the state and headed for San Francisco.   After he arrived, he applied for a job at a local Starbucks.   Then, however, defendant decided to flee to Mexico.   On December 26, defendant purchased a plane ticket using the information from the stolen credit card receipt.   He left the green Dodge Durango in the parking lot at San Francisco International Airport.   In the Durango, police later found the license plate “KID VAN,” as well as defendant’s checkbook, marriage license, and diploma.

While defendant was being returned to the United States, the FBI agent accompanying defendant asked him about the murders.   Defendant replied, “I sent them to a better place.”