Dean Corll was a serial killer from Texas who was known as The Candy Man and the Pied Piper. Dead Corll would have two teenage accomplices Elmer Henley and David Brooks who would bring victims to him. In this article on My Crime Library we will take a closer look at Dean Corll the Candy Man.

Dean Corll was born in Fort Wayne Indiana on December 24, 1939. His parents had an on and off again marriage which would ultimately lead to two divorces.

In the mid 1950’s Dean Corll and his family would move to Texas after his mother would begin a new relationship that would lead to marriage. Dean was known as a good student but as a loner.

Dean Corll family owned and operated a candy factory and he was known to give candy to children hence the nickname The Candy Man.

When Dean mother divorced yet again the family would open a new candy factory called the Corrll Candy Company and named Dean as Vice President with his younger brother acting Secretary Treasurer. Apparently a teen employee went to Dean mother and complained that her son was making sexual advances towards him, the mother reacted by firing the employee.

Dean Corll was drafted into the United States Army in 1964. A year later he was honorably discharged.

In 1967 Dean Corll would meet twelve year old David Brooks and within a couple of years the two would begin a sexual relationship.

Between 1970 and 1973 it is believed that Dean Corll murdered at least twenty eight victims aged thirteen to twenty years old. Most of the victims would be brought back to the home by Elmer Henly and David Brooks. Ironically Elmer Henly was suppose to be a victim however Dean Corll would give him the same deal he gave David Brooks which was $200 for bringing back a male teenager to the home.

Each of the victims who were brought to the home were sexually assaulted, tortured and murdered.

On August 8, 1973 Dean Corll was upset with Elmer Henly as the then seventeen year old had brought a girl back to the house. Eventually he calmed down and would give the two teenagers alcohol and drugs. When Elmer woke up he was laying on his stomach and felt Dean Corll trying to handcuff him. His mouth was taped closed and he was bound by his ankles. A teenager who Elmer Henly had brought back to the home the night before and the teenage girl were all in the same state.

Dean Corll threatned to murder the three teenagers but Elmer Henly was able to talk himself free promising to help Corll murder the other two. Once Elmer was free he would get his hands on a gun and would fatally shoot Dean Corll, the Candy Man was dead

Elmer Henly would contact the police and soon after would make a full confession on the crimes of Dean Corll, David Brooks and himself.

A onetime henchman of one of the Houston area’s most notorious serial killers has died of COVID-19, officials said Wednesday.

David Owen Brooks was 65 when he died in a Galveston prison hospital on May 28, two weeks after he had been hospitalized with symptoms consistent with the illness caused by the novel coronavirus, according to the Texas Department of Criminal Justice website. He also suffered from a number of preexisting conditions but did test positive for the virus, and preliminary results of an autopsy suggested it was a contributing cause of his death.

Brooks was serving six life sentences in prison for his part in the reign of terror by Dean Corll, who killed at least 28 teenage boys  and young men in Houston in the 1970s. Corll, a Houston electric company worker and former candy store owner, used Brooks and fellow teen Elmer Wayne Henley to lure youngsters to his apartment, where they were handcuffed and shackled to a plywood torture board before being sexually assaulted and killed.

The cryptic nickname “Candy Man” conjures up all kinds of creepy depictions of candy-coated predators. There’s the 1992 slasher film “Candyman,” which dramatizes an urban legend about a slave owner’s son who is seeking out revenge. Then, there’s the real life horror story from the 1970s of a Texan who poisoned neighborhood kids, including two of his own, with Pixie Sticks on Halloween. One of the children died — the killer’s son — and the killer was executed a decade later. Of course there’s also “The Candy Man” song from the arguably creepy “Willy Wonka & the Chocolate Factory.”

But have you heard of “Candy Man” Dean Corll, arguably the most deviant “Candy Man” who ever existed, real or fictional? He was actually believed to be the most prolific serial killer of his time, surpassing the infamous Boston Strangler.

The second season focused primarily on the Atlanta Child Murders, but it also incorporated several storylines involving other real-life killers, including a prison interview with one of Corll’s victims, who ended up becoming his accomplice. That man, Elmer Wayne Henley, Jr., ultimately ended up murdering Corll when he was just a teen.

Before interviewing Henley, the FBI team discussed Henley and Corll’s crimes. They noted that Corll was known around Houston as the “Candy Man” — he gave free candy (or drugs) to teenage boys to lure them into being kidnapped, raped, tortured and often killed. In all, he killed 28 victims. Henley was 14 when he met Corll. He could have been one of his many murder victims, but instead assisted in some of the murders.

In the show, Henley’s character maintains that he yes, he helped lure other teens to Corll.

“He told me he was looking for white, good-looking and young,” Henley’s character recalled.

When asked what if it was like to kill Corll, if it was difficult to do so, his character replied, “Nah, it was cool.”

He claimed he only killed Corll, not anyone else, despite being convicted of killing six.

The real-life Henley received six life sentences in 1974 for killing Corll and for helping him in killing others, and he’s still incarcerated in Tennessee.

As for the real-life Corll, he’s obviously dead, after Henley killed him at age 17. That murder halted Corll’s horrific murder spree.

The nickname “Candy Man” isn’t just about the free candy and drugs he offered to children to lure them into abuse. His family also owned a candy factory, according to Houstonia. He became vice president of his family’s “Corll Candy Company” after being discharged from the army, according to the 1974 book “The Man with the Candy: The Story of the Houston Mass Murders.” His profession allowed him to give out free candy to kids in the Houston Heights, where he lived. He also became known as the “Pied Piper,” referencing a legend from the Middle Ages about a man who lured over 100 children out of a town to avenge its mayor, who neglected to pay him what he was owed.

Corll is no legend, and he did indeed kill 28 people between 1970 and 1973 — along with the help of Henley and another teen accomplice, David Owen Brooks. The victims were males aged 13 to 20, and most of them were in their mid-teens.

Brooks met Corll when Brooks was in the sixth grade and soon Corll was sexually abusing him, according to an archived article. Brooks is currently also serving time for his role in the murders.

The murder victims were also sexually assaulted before being strangled or shot to death. Then, their bodies were tied in plastic sheeting. Many of the bodies were discovered in an isolated section of a beach, according to an archived Associated Press report. Others were found in a wooded area. Corll was known for keeping trophies of his victims, namely keys, according to the Houston Ledger.

His reign of terror was cut short when at 33, he was shot to death in his Pasadena home, a Houston suburb, by Henley, according to a 2011 Texas Monthly article which detailed how the horrors affected the area.

News of the murders shocked the country, as the death toll surpassed all serial killings at the time (serial killer was not yet an actual term). Reporters flocked to the area, including author Truman Capote, according to the Texas Monthly.

The report went on to note that, although two books were quickly published about the shocking case at the time, for some reason the case went on to become largely forgotten by media.

All in all, there is absolutely nothing sweet about this real life tale. 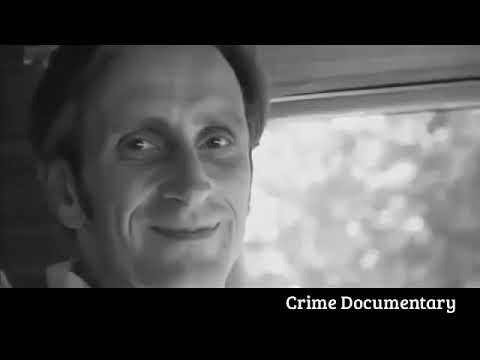