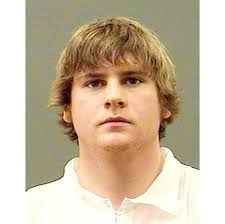 Cody Legebokoff is a serial killer from Canada who at the time was one of the youngest in Canadian history. Cody Legebokoff was just nineteen years old when he committed his first of four murders. In this article we will take a closer look at Cody Legebokoff

Cody Legebokoff was born on 21 of January in 1990 and grew up in a small town in the province of British Columbia. Cody would have a typical upbringing playing hockey and attending school. After graduating high school he would briefly move to Alberta before returning to British Columbia in the Prince George area

Cody Legebokoff was stopped by the Royal Canadian Mounted Police (RCMP) when he was driving down a remote road. The officer noticed that it was odd for the truck to be speeding and driving on a non maintained road late at night. The RCMP officer would pull him over and called for another officer as backup.

When the two officers searched the vehicle they noticed a number of tools that appeared to have blood on them plus a backpack that belonged to someone else, Loren Leslie, a fifteen year old girl whose wallet was inside of the backpack.

Cody Legebokoff told the officers that he was poaching deer and had clubbed one to death using the tools however there was no deer carcass in the truck. Cody Legebokoff was arrested under the Canadian Wild Life act for poaching.

A Canadian Wild Life Official was called in to see if he could find the deer that Legebokoff apparently killed however after following the truck’s tracks it would lead him to the body of Loren Leslie.

Cody Legebokoff was rearrested and charged with the murder of Loren Leslie. DNA would link Cody to the murders of three other murders.

Loren Donn Leslie was a fifteen year old girl who was legally blind that had met Cody Legebokoff on the website Nexopia.

Natasha Lynn Montgomery went missing in September 2010. She was the mother of two and her body has never been found. Her DNA however was found in Cody Legebokoff apartment

Cynthia Frances Maas was last seen in September 2010 and her body was found a month later in a Prince George park. She was brutally beaten

Hard on the heels of the transfer that raised hell last fall — the killer Terri-Lynne McClintic from a prison to a healing lodge — the Correctional Service of Canada has quietly moved another controversial inmate.

This time, it’s Cody Legebokoff, Canada’s youngest serial killer, who was recently shipped from maximum security at a British Columbia prison to medium security at an unidentified Ontario institution.

The CSC, in its usual opaque fashion, confirmed only that Legebokoff is “under CSC jurisdiction,” with a helpful citation of privacy interests and a perky reminder that transfers are done in the best interests of offender, offender management and public safety.

Legebokoff was just 20 when he was arrested on Nov. 28, 2010 in the death of a pretty, visually impaired (she was legally blind) high school student named Loren Leslie.

He was caught only because an alert young RCMP constable, Aaron Kehler, stopped Legebokoff’s truck when he spotted it roaring onto a highway in remote northern British Columbia.

During the stop, he noticed blood on Legebokoff’s shorts and legs, blood that the young man claimed was from a deer he’d poached.

But Kehler, suspicious, dispatched a conservation officer to search the bush and there, he found not a dead deer but the battered body of the 15-year-old.

DNA later linked Legebokoff to the earlier murders of three other women in the logging city of Prince George — Jill Stacey Stuchenko and Cynthia Frances Maas, both 35, and Natasha Lynn Montgomery, 23.

All were vulnerable women, drug users who sometimes did sex work, but they were also full human beings, mothers and daughters and siblings.

Most cruelly, Montgomery’s body has never been recovered, a source of infinite torture for her mom and dad.

All of this meant that by the time he was 20, Legebokoff already had killed four times.

As Brendan Fitzpatrick, who was the superintendent in charge of operations for the RCMP’s E Division major crime at the time, says, “I had 22-odd years in major crime.

“What he did to those women, and especially Loren Leslie, well, if he hadn’t been caught that night, we would have been picking up bodies for a long time.”

Fitzpatrick left the force in 2017, but says from the moment DNA linked Legebokoff to the earlier murders until he retired, there were persistent, ongoing efforts to convince him to give up the location of Montgomery’s remains.

These efforts first happened after the DNA had tied him to Montgomery’s death — her blood was found on the shorts he was wearing when arrested the night of Leslie’s slaying and all over his apartment — and apparently continued even after he was convicted.

The National Post has learned that even as he was unsuccessfully appealing his conviction, he was trying to use Montgomery — the possibility that he’d say where her body was if he got what he wanted — as leverage

When then B.C. Supreme Court Judge Glen Parrett convicted him in 2014 of four counts of first-degree murder, he also concluded — despite Legebokoff’s protestations — that all the murders were committed during the course of sexual assaults, and thus found Legebokoff was a sex offender.

He was duly registered as such for life.

I covered some of his trial in Prince George, and remember well how, when Legebokoff was in the witness stand testifying in his own defence and prosecutor Joseph Temple dared suggest he was a sex offender, Legebokoff shouted, “No! I’m not a sex offender!”

It was that classification say two Post sources, who asked not to be identified, that he was apparently trying to change, after his conviction, while holding out the promise that he’d give up Montgomery’s body. But it couldn’t be done, and when that hard fact settled in, Legebokoff stopped talking.

Now the truth of it is that most prisoners don’t spend most or even much of their sentences in maximum, but cascade rather predictably (and to the uninitiated, quickly) through the system to less secure institutions, depending on their such disparate factors as their institutional behaviour, length of sentence and distance to passes, and programs available

Perhaps, belatedly, he has acknowledged he’s a sex offender, and the institution where he’s now living has a good program, and his old one doesn’t.

But the Privacy Act restrictions are ridiculous. This is a man who by the time he was out of his teens had killed three women and a girl. He was convicted not even five years ago. He has a minimum of two decades to spend behind bars before he can even apply for parole. And he was still recently trying to leverage some power out of Montgomery’s missing remains, which hardly speaks well of his desire to reform.

So, if a transfer is good for him, the correctional service should say why.

It should also explain why it is Loren Leslie’s parents and another family of one of the victims weren’t notified of Legebokoff’s transfer, as they are meant to be, and why the police weren’t even consulted.

As recently as two years ago, Natasha Montgomery’s mother joined a civilian search for her daughter. She issued a plea to Legebokoff’s mother, saying, “I do not blame you for the action of your son, but please understand that he is the only thing that is standing between me and my daughter and revealing the location.”