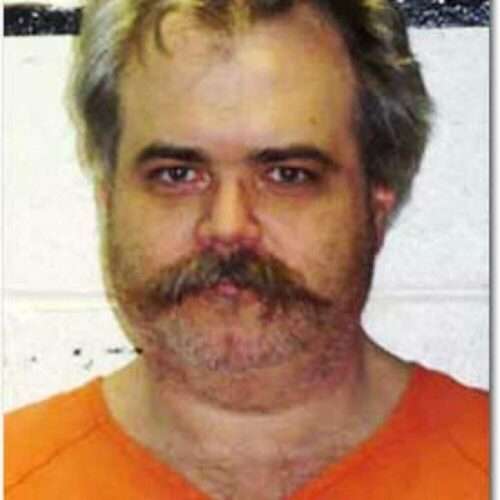 Two years after dressing in a camouflage suit to spy on a husband and wife for three days before gunning them down, Fields, wearing a standard-issue orange jumpsuit, handcuffs and leg irons, slowly shuffled toward U.S. District Judge Ronald A. White.

Reading from a prepared statement of guilt in a steady, expressionless monotone, Fields admitted to killing the avid campers July 10, 2003, in order to rob them and take items from their LeFlore County campsite.

“I know I’ve caused great harm and sorrow to many . . . I’m sorry for what I have done,” said Fields, 38, who shot Charles Chick, 47, and Shirley Chick, 50, each in the head several times at the Winding Stair Mountain campgrounds near Talimena Drive.

When the judge pressed Julia O’Connell, assistant federal public defender, on the issue of whether she would elicit medical expert testimony regarding her client’s mental health during the sentencing phase, she said, “Yes, I can confirm that.”

The judge questioned Fields about his current mental health. Fields said he is being treated for depression, as he had been for a couple of decades.

White asked Fields if he still “hears voices in his head,” and Fields said he no longer did, noting that medications including Lithium and Prozac “have cleared up my buzz.”

Fields pleaded guilty to all six counts he faced, including robbery and auto burglary.

The maximum punishment on each of the other four counts — two counts of first-degree murder and two counts of using a firearm in a federal crime of violence causing the death of a person — is the death penalty and a fine of $250,000.

The sentencing trial will be the first federal death penalty trial in the Eastern District since 1993, which Sperling also prosecuted.

Sperling asked the judge to question Fields as to why he changed his plea. O’Connell objected, saying “the choice is his,” and White ultimately denied the prosecutor’s request.

Fields previously confessed the crimes to authorities. He did not know his victims.

The Chicks’ bodies were found the day after they were shot, shattering the peaceful nature of the 1.8 million-acre forest that stretches from LeFlore County to several counties in western Arkansas.

The campground is a wooded mountaintop area, secluded and quiet, save for occasional motorists who get out of their cars on nearby Talimena Drive to admire the pristine views from the scenic byway, perhaps Oklahoma’s most popular destination spot for fall foliage tours.

Fields apparently had been living in the forest’s campsites for days leading up to the slayings, according to court records, after a woman with whom he’d lived kicked him out of the residence.

After Fields reportedly told a friend that he had watched a camp couple, then sneaked up on them and “done something real bad,” the woman, who apparently witnessed Fields constructing what he called a “sniper suit,” notified authorities.

Fields was arrested after investigators found a .22-caliber rifle, scope, camouflage suit and items reportedly belonging to the Chicks in his truck.

Fields worked for the state Department of Corrections for four years in the 1990s. He was a guard at the Oklahoma State Penitentiary in McAlester from 1995 to 1996.