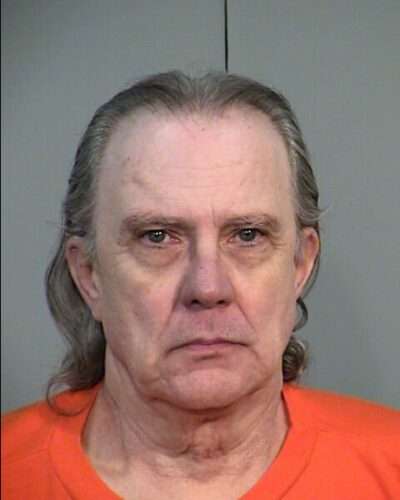 A Glendale man has been sentenced to death in the 2014 murder of his estranged wife. Edward McCauley, 63, was convicted in November 2019 of first-degree murder in the death of Dawn McCauley.

“This murder was a heinous and callous act,” said Maricopa County Attorney Allister Adel said Thursday. “In the state of Arizona, a sentence of death is reserved for the worst of the worst. The calculated actions taken by this defendant to murder his estranged wife justify this outcome.”

On Nov. 24, 2014, McCauley waited outside his estranged wife’s home for her to leave for her night shift at work. “As she walked to her car, the defendant approached her with a handgun and began yelling threats. She jumped into the car, but he managed to get inside and hit her in the head with his weapon. He exited the truck and as he stood outside the passenger side door, he emptied the gun into the victim, firing 8 rounds, killing her,” according to a statement from the County Attorney’s office.

McCauley took off from the scene in a rental car. The next day, McCauley was located at a west Valley restaurant and arrested. At that time, he made statements about where police could find the gun in his rental car. Later at the police station, McCauley confessed to the murder.

The County Attorney’s Office says immediately after the killing, McCauley sent profanity-laced text messages to three of the victim’s family members telling them that he killed her. Police were able to recover the phones and save these texts. McCauley later told police that he had written these texts some time prior to the killing and “it was just a matter of pushing send” once the murder occurred.

McCauley admitted that he had contemplated killing his wife since at least 2012, which is the time he began to write down these feelings in his diary, the County Attorney’s Office says.

He had a calendar with a handwritten note of “Judgement Day” circled in red on the date of November 23, 2014. Journal entries leading up to that date indicated how many days remained until he would kill her.