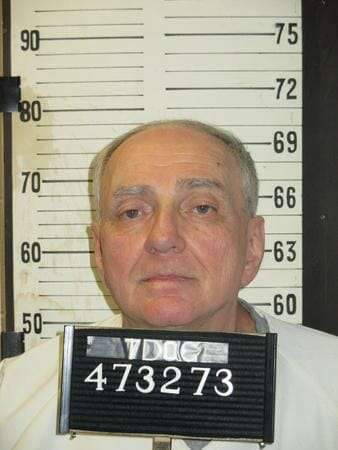 New photographs of the victims, not previously shown by the prosecution, were introduced during the sentencing phase of the Howard Hawk Willis trial.

Already found guilty on the three counts of first degree and felony murder, Willis now faces the death penalty as one option for his punishment. The autopsy photos were so gruesome that one juror became physically ill, necessitating Judge Jon Kerry Blackwood to call for a recess until the jury, as a whole, felt well enough to continue.

Assistant District Attorney Dennis Brooks later apologized for the necessity of having to show the photographs.

District Attorney Tony Clark told the jury that, “Howard Hawk Willis made a decision about human life, we are now asking you to make a decision concerning the life of another human being.” He continued, “Mr. Willis chose death, we are asking you to do the same.”

Willis could face the death penalty, life without parole or life in prison.

ADA Brooks presented the aggravating factors for the victims. These are required to support the request of the death penalty. In the case of Adam Chrismer, the state put forth that the defendant knowingly mutilated the body of the victim after death.

Retaining the same impassive demeanor, Willis continued to show no emotion at all following the jury making its verdict known. He either stared straight ahead or was in conference with his “elbow counsel,” Attorney Jim Bowman. When it came time for him to make his own statement, Willis said, “I waive my statement, your Honor.”

Earlier, the mothers of the two teenagers took the stand to speak to the jury regarding the state of their lives following the deaths of their children. Both are under the care of physicians and on medication to help them deal with the depression and anxiety they have felt since learning the news that their youngest had been found murdered. Both had been listed as missing prior to their bodies being found in Johnson City.

Teresa Chrismer referred to her son Adam as “my baby,” saying that his death had left her unable to trust anyone or to hold down a job. She said used to be a wordsmith and write poetry; however, “I can no longer find the words.”

Samantha’s mother, Patty Leming, went to the stand clutching a handkerchief as family members could be heard sniffling loudly in the gallery. She took the witness stand with a somber and extremely sad expression on her face, as she turned to speak to the jurors.

Her sadness was heard in her voice as she described how family members have had to keep check on her for fear of her taking her own life. “My life has been changed forever,” she said, “(Samantha) was my only daughter.”

“She wanted to be a vet or a lawyer, but now we’ll never know,” she sobbed, breaking into tears. As she left the stand, more than half of the jurors were openly crying themselves.

After being thoroughly briefed by Judge Blackwood regarding his right to submit mitigating circumstances in open court, Willis declined to do so, saying, “I’ll let the record speak for itself, your Honor.” The now-convicted murderer did, however, submit several mitigating factors to the jury in writing.

The first was First Judicial Circuit District Attorney Tony Clark who took immediate exception with, asking the judge if the prosecution would the opportunity would have the opportunity to rebut those written circumstances.

The fact that Willis had submitted the written document caused the court to be held in further recess as the charge to the jury concerning the death penalty had to be re-written to include the new information from the defendant.

Willis had submitted that he had no prior criminal activity in his report to the jury when, in fact, he had been arrested and served time in the state of New York on a drug-related charge.

The jury heard their charge and the explanation of the sentences in play and exited through the door they had routinely used all week. This time, however, they were walking through it with a man’s life in their hands.