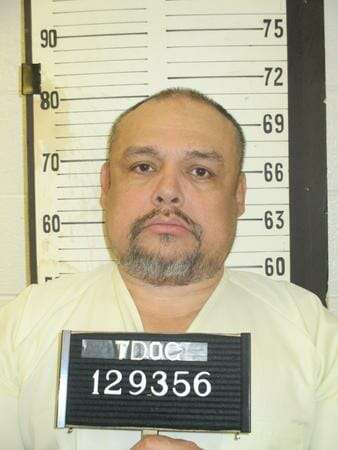 On the afternoon of October 20, 1987, Arthur Lee, Amy Lee, and Kai Yin Chuey were found dead in the Jade East Restaurant in Memphis. The restaurant had not yet opened for business that day, and the victims had apparently been inside making preparations for the evening. Jewelry with a wholesale value of $25,000 had been taken from the restaurant. The State’s critical proof included: a statement taken from the Defendant in which he admitted his involvement in the crimes; Defendant’s fingerprint on one of the jewelry cases taken during the robbery; and the eyewitness identification of the Defendant by a survivor of the robbery.

The victims were all related and worked in the restaurant, which had been owned and operated by the Lee family for years. The family had emigrated from China. Arthur Lee, 24, managed the restaurant for his father, the owner. Amy Lee, 24, was married to Arthur’s brother, Chester Lee. Kai Yin Chuey, 74, was Arthur’s maternal grandmother. Ging Sam Lee, 75, Arthur’s paternal grandmother, survived the robbery. She had been beaten and knocked unconscious; and two diamond rings, a necklace and a watch were taken from her.

The Defendant, Heck Van Tran, was born on November 8, 1966. His mother was Vietnamese; and his father, an American serviceman, died in Vietnam in 1968. The Defendant started school when he was six years old but stopped when Saigon fell. In 1983 a Catholic relief agency resettled the Defendant and his mother in Memphis. The Defendant briefly attended school before dropping out in 1984.

After his arrest by the Houston, Texas, police, Defendant gave a statement in which he acknowledged his role in the robbery and murders. He stated that he had worked briefly at the Jade East Restaurant a month or two before the crimes and that Mr. Lee had fired him because “he didn’t like me” and “said I cooked too many egg rolls.” The Defendant implicated Hung Van Chung, Kong Chung Bounnam and Duc Phuoc Doan in the robbery. He stated that the four men entered the back door of the restaurant and he talked to Arthur Lee “for about ten minutes before there was any shooting.” The Defendant had a .22 revolver, Bounnam a .44, Chung a .22 and Doan a .25.

The Defendant described what happened after the group pulled out their guns:

Mr. Lee grabbed Nam’s [Bounnam’s] hand with the gun and elbowed him in the chest. Nam fell back and hit the old lady. The old lady fell on me and when she hit me it caused the gun to go off. I don’t know what I hit that time. Mr. Lee then kicked Hung . I heard Hung Chung shoot one or two times and then Mr. Lee tried to grab the gun and Hung Chung shoot him. While Mr. Lee was trying to get Hung [Chung’s] gun, I told him not to or I would have to hurt him. He turned and tried to get my gun and I shot him. He fell and was moving around and I shot him in the face somewhere. Then I walk through the door where they kept the money and gold. I looked up and saw the old lady roll over. I thought she had something in her hand. I shot her in the back of the head.

While the Defendant was in the office collecting the jewelry, he heard more shots. He stated that he did not know “who was shooting or what” or who had shot “the young girl,” Amy Lee. Upon leaving the office, the Defendant saw Bounnam holding Ging Sam Lee. The Defendant told Bounnam not to hurt her. Bounnam hit Mrs. Lee on the back of the head, and all the assailants left.

From Washington, the trio drove to Houston, Texas. Once in Houston, the Defendant went to the Saigon Pool Hall and talked with a Vietnamese man about selling some gold. The man took the gold and returned in about ten minutes with $4,000.00. The Defendant paid the man $200 and divided the rest three ways. Later, Bounnam flew to North Carolina and Chung went to Dallas with a friend.

On April 28, 1988, almost six months after the robbery, the Defendant was arrested in Houston. At this time, he was advised of his Miranda rights. When asked if he knew why he was being arrested, he replied, “For a shooting in Memphis.” He was taken to the main police facility and later to a municipal court Judge who read Defendant the statutory Miranda warning required by the Texas Code. His written statement was taken May 2, 1988, after he had been advised of his rights a third time. On his return to Memphis the Defendant was fingerprinted. The print of his left ring finger matched a latent fingerprint found on one of the jewelry cases. A TBI firearms examiner testified that two .22 lead bullets, one recovered from Mrs. Chuey’s head, the other from Mr. Lee’s brain, could have been fired from the revolver used by the Defendant in the robbery. The two bullets were so mutilated and damaged, however, that the examiner could not positively state that they had been fired from that weapon.

Ging Sam Lee was 77 years old at the time of trial and had lived in the United States for thirty years. She was the only surviving eyewitness to the robbery-murders. She testified, through a translator, that three or four oriental men had robbed the restaurant and identified Heck Van Tran as one the robbers. She also identified Hung Van Chung as another of the men involved. She stated that Chung, while not an employee, had helped out at the restaurant. She was beaten and robbed. She heard gunfire but did not see anyone being shot. She was knocked unconscious; and, when she awoke, she saw a body lying in the restaurant.

One of the State’s witnesses testified that on October 20, 1987, he was driving his automobile into the parking lot of the Jade East Restaurant when he saw a blue 1970 Camaro leaving the parking lot. The Camaro was four to five feet away from him, and he identified Bounnam as the driver. He also noticed at least two passengers in the car.

Another State witness testified that he knew the Defendant, Bounnam, Doan and Chung. He stated that Bounnam owned a blue Camaro and further testified that on the day of the Jade East robbery, he saw jewelry boxes like those taken from the restaurant in the dumpster outside his apartment. Another witness testified he was at a friend’s apartment and saw the Defendant trying to get a bullet out of Bounnam’s leg. Chung and Doan were also present at the apartment.

During their investigation the police discovered small pieces of jewelry scattered on the floor of the restaurant and in the rear parking lot. They also collected six spent .22 caliber cartridges from the restaurant floor. One of the officers videotaped the entire inside and outside of the Jade East Restaurant. Another officer took photographs showing the location of the three bodies, and the exterior of the restaurant, and the parking lot.

The State’s final witness was Dr. O. C. Smith, an expert in the field of forensic pathology. He had performed autopsies on the three victims. He testified that Amy Lee died as a result of a contact gunshot wound to the head. He described a contact wound as one in which the muzzle of the weapon is up against the skin surface at the time it is fired. The bullet entered Amy Lee’s right forehead about a half inch below the top of her head and was recovered in the left back of the head after going through the brain. After being qualified as an expert in firearms and firearms identification, Dr. Smith gave his opinion that the recovered projectile was a .22 caliber bullet.

Dr. Smith testified that Kai Yin Chuey had bruises under the right collarbone, over the right chest and breast region, on the left upper arm, at the left elbow, and over the knees, all of which were made while she was alive. She died as a result of being shot twice: once through the jawbone and neck thereby severing her windpipe (this wound was six inches or less from the muzzle of the gun) and once through the back of the head through the brain (this was a contact wound).

The Defendant was indicted for felony (robbery) murder and premeditated murders of Kai Yin Chuey, Amy Lee and Arthur Lee and also for robbery with a deadly weapon of Ging Sam Lee. Based upon the above-described evidence, the jury found Heck Van Tran guilty on three counts of felony murder and fixed his punishment at death for each offense. The same two aggravating circumstances were found in all three cases: (1) the murder was especially cruel in that it involved depravity of mind; and (2) the Defendant committed “mass murder.” T.C.A. § 39-2-203(i)(5) and (12) (1982).

The Defendant was also convicted of robbery by use of a deadly weapon. The trial court sentenced the Defendant to 30 years imprisonment as a standard of fender, Range I, to be served concurrently with the above sentences.