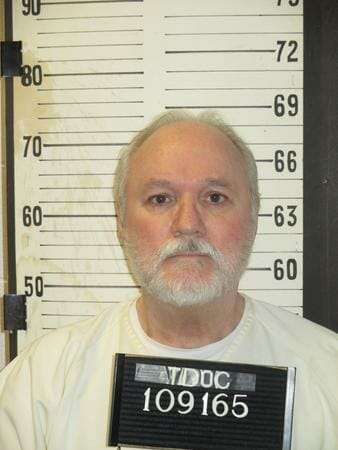 The proof introduced at the guilt phase of the trial showed that the defendant and the victim met and began dating in April of 1995. The relationship progressed, and in October 1995 the defendant asked the victim to marry him. The victim’s divorce was not final at that time, so the engagement was delayed. In December 1995, the defendant purchased a house, and the defendant, the victim, and her fifteen-year-old daughter, Christina, moved into the house together. At Christmas, the defendant gave the victim an engagement ring.

The defendant was distraught at the breakup of the relationship. He repeatedly sought to convince the victim to return to him. He called her repeatedly at work, sometimes waited for her at work, left cards on the windshield of her car, and attempted to speak with her whenever he saw her in public.

The victim appeared afraid of the defendant and tried to avoid him. She did not speak with him on the telephone when he called, and the victim’s co-workers escorted her to her vehicle in the evening. In addition, the victim kept secret the location of her new residence and carried important personal papers, such as a deed to her burial plot, in her purse so that the papers could be easily located should something happen to her. The victim knew that in 1986, the defendant had pled guilty to one count of felonious assault with bodily injury and three counts of assault with intent to commit first degree murder. She also knew that these convictions arose out of an incident where the defendant attempted to force his estranged former wife and his three-year-old son to return home with him. When his former father-in-law intervened, the defendant shot him. The defendant also assaulted a police officer who tried to apprehend him during this episode. The victim knew the circumstances of the previous convictions because she had accompanied the defendant on his monthly visit to his parole office on October 3, 1995. The parole officer told the victim the circumstances of the offenses and advised her to call if “anything unusual occurred.”

On March 13, 1996, about one month after the break-up, the defendant, who was a foreman for a roofing company, worked his regular job. His co-workers testified that he was not angry or upset that day, did not make threatening remarks about the victim, and seemed his usual self. As he was driving home from work, he saw the victim drive by in her car with her daughter and her daughter’s friend, Arlisa Tipton, but he lost her car when she drove into a residential neighborhood. The defendant then drove to his mother’s house, where he was invited to eat supper. He accepted the invitation but decided that he would go to his own home first and shower and change clothes before supper. The defendant left his mother’s home around 5:30 p.m., and he did not appear angry or upset at the time he left, nor did he say anything about the victim. The defendant’s step-father operated a small engine repair shop and had repaired the motor in a piece of equipment, a leaf blower, that the defendant used on his roofing jobs. The defendant loaded the leaf blower in his car when he left his mother’s home and said that he intended to use it on his roofing job the next day.

Unfortunately, on the way to his home, the defendant stopped at Wal-Mart on Chapman Highway which is located in the same shopping mall area as the Taco Bell where the victim was eating with Christina and Arlisa. The defendant intended to purchase some roofing supplies. The defendant was unable to find the products he needed, so he left Wal-Mart. As he was driving away from Wal-Mart toward Chapman Highway, he drove past the back of the Taco Bell and pulled into the restaurant when he noticed the victim’s car. Parking his automobile beside the victim’s vehicle, the defendant went inside the restaurant and attempted to speak with the victim. The two argued, and the defendant followed the victim and the girls outside.

I was about three feet back because she kept telling me to get back and she kept screaming.

When he was finished, the defendant arose, wiped off his knife, returned it to his pocket, nonchalantly got into his car, and drove away. Christina testified that the defendant smiled at her as he drove by.

Amanda Reagan, an employee of Taco Bell, and Shawn Patrick Kane, a man who had just left the grocery store across the parking lot from Taco Bell, also witnessed the stabbing. According to these witnesses, after stabbing the victim, the defendant nonchalantly got into his car and drove away as if nothing of any great import had occurred. Both of these witnesses noticed the defendant’s license plate number and gave it to police.

While they waited for an ambulance, Reagan, Kane, and an unidentified nurse, tried to help the victim as she lay helpless and bleeding in the parking lot. Attempting to stop or slow the bleeding, they applied pressure using towel and napkin compresses. The victim complained of choking and, when she tried to move, witnesses testified that the wound on her neck gaped open and she started gurgling blood. Although Kane did not hear her say anything further after she complained of choking, he said she was still trying to move when she was being loaded into the ambulance. Reagan testified that as she was holding the stretcher while the victim was being loaded onto the ambulance, she heard the victim call out her daughter’s name and saw the victim stretch out her hand as she was placed in the ambulance. The victim arrived by ambulance at the hospital at 6:26 p.m. and was pronounced dead at 6:35 p.m.

Dr. Sandra K. Elkins, the Knox County Medical Examiner and a forensic pathologist, testified that the victim had suffered twelve major wounds inflicted with a sharp instrument such as a knife. These wounds included three stab wounds to the left side of her neck, a large gaping slash wound to the right neck, one stab wound just beneath her left breast, one stab wound to her left front shoulder, six stab wounds in her back. The victim also sustained an incise wound to the left side of her lips, defensive wounds to both hands and her right wrist, and superficial wounds underneath her chin. Dr. Elkins opined that the cause of death was multiple knife stab wounds. The immediate cause of death according to Dr. Elkins was bleeding from the jugular vein and external carotid artery, which were cut by the slash wound to the right neck. The other major wounds would have also potentially caused death given enough time and no medical treatment. Dr. Elkins also opined that the victim was alive when the wounds were inflicted, that she remained able to speak, because the injury to her larynx from the slash wound to the right side of her neck did not damage her vocal cords, that she would have fallen unconscious in about five to six minutes, and that she would have bled to death within ten minutes as a result of the slash wound to the right side of her neck. However, Dr. Elkins opined that application of pressure to the wound on the right side of the victim’s neck may have extended consciousness and delayed the time of death by five minutes.

During the defendant’s testimony it was revealed that he had previously pled guilty to one count of felonious assault with bodily injury and three counts of assault with intent to commit first degree murder. As previously stated, the victims of these offenses were his former father-in-law, his ex-wife, his three-year-old son, and a police officer who was attempting to apprehend him. The offenses occurred when the defendant tried to force his former wife, who had left him, to return home. The victim was aware of the defendant’s prior convictions.

The defendant’s stepfather testified that during the years that he had known the defendant he had never seen him angry or upset, and he described the defendant as a calm and easygoing person. Dr. Jerry Matthews, a clinical psychologist who had evaluated the defendant on three separate occasions, in 1991 and 1993 for the Tennessee Board of Paroles and in 1996 for the defense, testified about the defendant’s mental condition. According to the history related to Dr. Matthews, the defendant had been a “blue baby” when he was born. His older brother died of suffocation at the age of five. His father left the family when the defendant was four, and the defendant was raised by his paternal grandparents, who were strict, religious people. The defendant dropped out of school in the tenth grade and went to work. His one marriage lasted twelve years and produced one child.

In 1991, Dr. Matthews concluded that the defendant presented a substantial risk of violent behavior if released on parole, particularly if he was involved in a heterosexual relationship. Dr. Matthews described the defendant as someone who acts impulsively, without thought or reflection, and who, frightened of being alone, becomes anxious and potentially violent when unable to control his environment. According to Dr. Matthews the defendant’s behavior was attributable to the oxygen deprivation he suffered as a “blue baby” and to his abandonment as a child. Between 1991 and 1993, the defendant attended anger management classes in prison. He was released on parole in 1994.

Dr. Matthews opined that at the time of the homicide the defendant was in a state of heightened emotional arousal, that he put the knife to the victim’s throat to convince her to come back to him, and that he released her when she reassured him. Accepting the defendant’s version of the offense, Dr. Matthews said that the victim’s threat to have the defendant killed was “the straw that broke the camel’s back.” Dr. Matthews opined that the killing was not premeditated and was instead “an impulsive and explosive act of violence” caused by “basic, primitive emotions of anger and fear and hurt, all mixed together.”