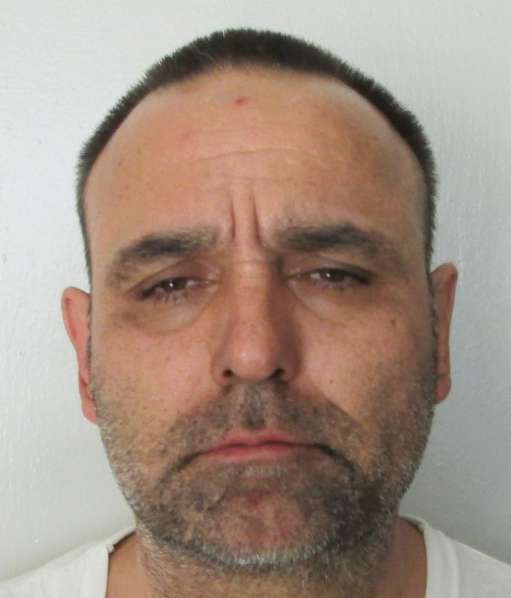 Mark Jenkins was sentenced to death by the State of Alabama for a robbery, kidnapping and murder. According to court documents Mark Jenkins would kidnap a woman outside of the restaurant where she worked who would later be found dead on the side of the road. Mark Jenkins would be arrested, convicted and sentenced to death. Due to his low intelligence level much of his appeals have centered around what IQ a defendant should have to be legally responsible for their crimes

The state’s evidence tended to show that in the late afternoon of April 21, 1989, the nude body of an unidentified female was found on an embankment on the side of interstate highway 59 south near Pelham, Alabama. The body was badly decomposed and was later identified by dental records as Tammy Hogeland. The cause of death was manual strangulation. The victim’s hyoidal bone was fractured which is consistent with a manual strangulation as opposed to other types of strangulation.

Several items of clothing were recovered from the scene: a ladies watch, a blue apron, a pair of ladies white tennis shoes, a brassiere, a pair of black slacks, and a hair net. Other items found at the scene were an owner’s manual for a Mazda RX7 automobile, a fraternity card, photographs, a cable TV guide, a road map, a work order for repair on a Mazda automobile, and several beer and soft drink cans.

Tammy Hogeland was last seen in the early morning hours of April 18, 1989, at the *1038 Airport Omelet Shoppe restaurant in Birmingham where she was working. She was scheduled to work that evening at the Riverchase Omelet Shoppe, but when an employee did not come to work at the Airport Omelet Shoppe, she was asked to work there. Her sister, Wendy Hogeland, and her sister’s boyfriend drove the appellant to the Airport Omelet Shoppe at around 10:00 p.m. on the evening of April 17. Wendy Hogeland testified at trial that Tammy at that time had on her jewelry, which included a Citizens brand watch, a necklace with the words “special sister,” a class ring with a topaz stone, and a diamond cluster engagement ring. That evening the victim was working as a cook, and she was wearing a blue apron, black pants, a white shirt, and a pair of white shoes. Early in the morning of April 18, the victim and Sarah Harris were the only employees working at the Airport Omelet Shoppe. At about 2:00 a.m. Sarah Harris observed a red sports car[1] being driven into the parking lot. She stated that she remembered the car because it almost jumped the curb and came through the glass wall of the restaurant. Harris identified the appellant, Mark Allen Jenkins, as the individual driving the car and stated that he appeared to be intoxicated when he came to the Omelet Shoppe. The appellant walked over to the victim and began talking to her. Harris saw the victim and the appellant drive off in the red sports car. She could not testify at trial whether the victim went willingly or was abducted. Testimony did reveal that the victim was a heavy smoker and that she left behind her cigarettes, her lighter, her purse, and her paycheck, which had been issued that evening. Harris had also worked with the victim on several occasions and said that she had never before left the shop without telling anyone as she did that evening.

Later, at around 5:00 a.m. on the morning of April 18, Geraldine and Bobby Coe were at a Chevron gasoline service station on I-59, when they saw an individual in a red sports car. They identified the individual in the car as appellant Jenkins. They also stated that a female was in the front passenger seat of the car and that she appeared to be “passed out.” They could not say whether she was alive or dead. While Bobby Coe was pumping gas, the appellant approached him and asked him for some cigarettes. Coe gave the appellant some cigarettes, and the appellant said, “looks like it’s been a long night and it looks like it’s going to be a long day.” The appellant then told Coe, “God bless you,” and as he was walking back to the red sports car he asked Coe how to get to interstate highway 459. Coe gave him directions. They both got into their respective vehicles and left the station. The Coes, each driving a different car, drove out of the gas station. Bobby Coe stated that he saw the car driven by the appellant follow him for awhile, flash his lights, slow down, and then pull to the side of the road between mile markers 151 and 152. This is the area where Tammy Hogeland’s body was found approximately three days later.

Testimony also established that the appellant sold his car around 10:00 a.m. on the morning of the April 18, to Michael Brooks, a mechanic at the Alford Avenue Chevron gasoline service station in Birmingham. He told Brooks that his mother was sick and that he needed money to go home to California. One of the attendants at the service station took the appellant to the bus station between 11:30 and 12:00 p.m. that day. A ticket agent for Greyhound bus lines testified that she sold two tickets that day between 12:00 and 2:00 p.m. The two destinations were Houston, Texas, and Tulsa, Oklahoma.

*1040 The owners of the Mazda identified the car recovered off I-459 as their vehicle. They further identified items found near the victim’s body as items that were in the Mazda when they took the car in to the Rocky Ridey Road Service Station for repairs. Several business cards from a golf professional at Delray Beach Municipal Golf Course in Florida were identified as those that were in the glove compartment of the Mazda.

A prisoner who was a cellmate of the appellant in the St. Clair County jail, testified that the appellant approached him several times while they were in jail and talked about the murder. He said that the appellant feared that he would be transferred to Jefferson County because the victim was married to or was going to marry a Jefferson County deputy sheriff. According to this witness, the appellant was afraid that the people from the service station, the Coes, would identify him and he was also afraid that the police would find his fingerprints on a beer can left at the scene, according to this witness. The witness also said that Jenkins told him that “he had done the crime.”