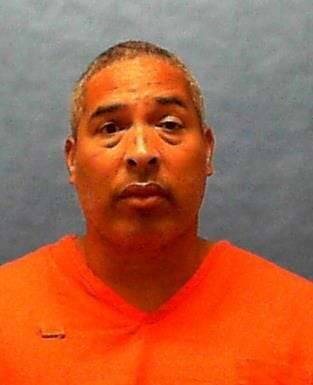 On December 9, 1993, appellant Michael Bell shot to death Jimmy West and Tamecka Smith as they entered a car outside a liquor lounge in Jacksonville.   Three eyewitnesses testified regarding the murders, which the trial court described in the sentencing order as follows.   In June 1993, Theodore Wright killed Lamar Bell in a shoot-out which was found to be justifiable homicide committed in self-defense. Michael Bell then swore to get revenge for the murder of his brother, Lamar Bell. During the five months following Lamar Bell’s death, Michael Bell repeatedly told friends and relatives he planned to kill Wright.   On December 8, 1993, Michael Bell, through a girlfriend, purchased an AK-47 assault rifle, a thirty-round magazine, and 160 bullets.   The next night, Bell saw Theodore Wright’s car, a yellow Plymouth.   Bell left the area and shortly returned with two friends and his rifle loaded with thirty bullets.   After a short search, he saw the yellow car in the parking lot of a liquor lounge.   Bell did not know that Wright had sold the car to Wright’s half-brother, Jimmy West, and that West had parked it and had gone into the lounge.   Bell waited in the parking lot until West left the lounge with Tamecka Smith and another female.   Bell picked up the loaded AK-47 and approached the car as West got into the driver’s seat and Smith began to enter on the passenger’s side.   Bell approached the open door on the driver’s side and at point-blank range fired twelve bullets into West and four into Smith. The other female ducked and escaped injury.   After shooting West and Smith, Bell riddled with bullets the front of the lounge where about a dozen people were waiting to go inside.   Bell then drove to his aunt’s house and said to her, “Theodore got my brother and now I got his brother.”

Appellant was charged with two counts of first-degree murder.   At trial in March 1995, appellant pleaded not guilty by reason of self-defense, stating that he believed West had reached for a weapon just before appellant began shooting.   The defense presented no evidence or witnesses.   A jury found appellant guilty of the first-degree murders of Smith and West and unanimously recommended the death penalty for both murders.   During the penalty phase, a lounge security guard testified for the State that he and seven or eight other people were in the line of fire and hit the ground when appellant sprayed bullets in the parking lot of the lounge.   He also testified that appellant shot four or five bullets into a house next door in which three children were residing at the time.   The State introduced a copy of a record showing that appellant was convicted of armed robbery in 1990.   Also during the penalty phase, appellant’s mother testified for the defense that she and appellant had received death threats from Wright and West. She testified that appellant was in good mental health and was gainfully employed and that she believed he did not commit the murders.