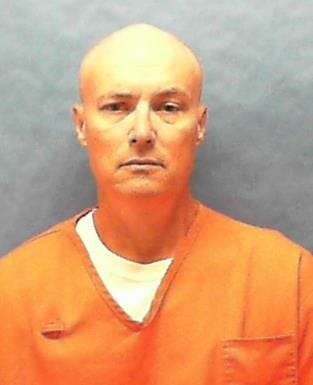 n the early morning hours of June 5, 1994, while at the Club Europe in DeLand, Florida, Domingo Figueroa, Raleigh’s cousin, told Raleigh that someone had slapped Raleigh’s mother.2 Thereafter, Raleigh and Domingo Figueroa confronted Douglas Cox and his brother. While the four men were talking in the parking lot outside Club Europe, Raleigh’s mother ran out of the bar and began screaming at Mr. Cox. Raleigh took his mother to the car and returned to confront Cox. After apologizing for his mother’s behavior and shaking hands with Cox, Raleigh went to his home to retrieve some firearms. Raleigh and Figueroa then drove to Cox’s trailer.

Raleigh went to the door of the trailer with a gun in his hand. Ronald Baker answered the door and told Raleigh that Cox was asleep. Raleigh and Figueroa left, drove down a nearby dirt road, parked, and later returned to Cox’s trailer, both carrying firearms. Raleigh walked to the end of the trailer and shot Cox in the head three times at close range, killing him. Then, Figueroa and Raleigh shot Tim Eberlin, Cox’s roommate, until their guns jammed, whereupon Raleigh beat Mr. Eberlin in the head with the barrel of his gun until Eberlin stopped screaming. Afterwards, Raleigh and Figueroa drove to Raleigh’s home where they burned the clothes they were wearing during the murders, dumped their remaining bullets into a neighbor’s yard, and hid their guns in a secret compartment in Raleigh’s car. The police went to Raleigh’s house that night and he agreed to talk to them. Raleigh initially denied his involvement in the murders. But after being told that Figueroa had implicated him, he admitted in a taped statement that he had killed both Cox and Eberlin.

The state elected to seek the death penalty, and Raleigh’s penalty-phase trial was conducted in the circuit court for Volusia County, Florida, from August 8 to 15, 1995. Neither the state nor the defense called Figueroa to testify. However, during cross-examination of a state witness, police investigator Lawrence Horzepa, the jury learned of a taped statement that Figueroa had given to Investigator Horzepa on the day of the murders. Initially, through a series of leading questions during cross-examination, Raleigh’s counsel asked Horzepa to confirm specific portions of Figueroa’s statement. Among other things, defense counsel asked Horzepa whether Figueroa had told him that Figueroa’s “Aunt Janice” (Raleigh’s mother) had been called a bad name by Cox, and whether Figueroa admitted to owning the safe that contained the guns. On redirect examination, the state introduced Figueroa’s entire statement by playing the tape for the jury. Defense counsel did not object. In the tape, Figueroa admitted that he shot Eberlin at Raleigh’s direction. Figueroa claimed that he was not sure if his shot hit Eberlin and that, before he fired the shot, Raleigh had already shot Eberlin once.

Raleigh testified on his own behalf at the penalty phase. He described his participation in the double homicide this way:

I walked into the living room where Douglas [Cox] was laying on the sofa. I called out his name. I called out “Douglas.” And when I turned around, I noticed that Domingo had followed me into the trailer, and he had his gun. He had a piece of cloth around his hand, and had his gun on top of it. And he nodded his—he just nodded his head like—and at that point I thought this is what he wanted—wants me to do. I pulled out the gun, and I shot Douglas.

I started running out the back door. I thought that Domingo had already shot Timothy [Eberlin]. He was up on the bed screaming. And I went to run out the door, and I seen the flash from Domingo’s gun. I noticed he was firing through the door. I stopped at the door. All of a sudden he starts yelling, my gun’s jammed. My gun’s jammed. Shoot him. Shoot him. I started firing at Timothy. Once my gun jammed up. I don’t know if it jammed up or ran out of shells. I don’t know what happened to it. I yelled, my gun’s jammed, too. And he started yelling, get him, get him. And I don’t know what to do. So I started hitting him with the gun.

I thought I had only hit [Eberlin] at most four times.3