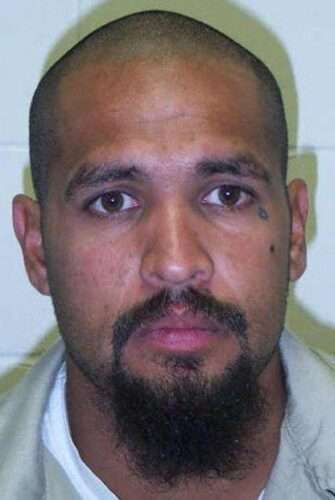 Adam was the son of Patricia Gomez (Patricia) and Robert Billie, who had lived together for 5 years before Billie moved out of their Scottsbluff, Nebraska, residence in September 1998.   Adam remained with Patricia, although there was no legal custody arrangement.   Patricia and Mata began dating shortly thereafter, and Mata moved in with Patricia and Adam in October or November.   Patricia later told police that although Mata did not treat Adam badly, Mata consistently expressed resentment of Adam and thought that Adam was “in the way all the time.”

In late February, Patricia found out that she was pregnant.   She told Monica, who in turn told Mata. Mata instructed Monica to accompany Patricia to Patricia’s doctor’s appointment, to find out when the child was conceived.   Patricia was told that the child was conceived between February 7 and 10.   Monica told Mata, who told Monica that the child was not his.   On March 8, Mata confronted Billie at a party regarding Billie’s relationship with Patricia, and on the next afternoon, Mata confronted Patricia, who told Mata about her sexual encounter with Billie.

On March 11, 1999, Patricia and Billie took Adam to a doctor’s appointment;  they were seen by an acquaintance of Mata who told Mata that the three had been together.   Mata made repeated attempts that day to compel Patricia to come to  Monica’s residence to visit him.   Patricia refused, so that evening, Mata went to Patricia’s residence.   Adam was watching television until Mata sent him to bed.   According to Patricia’s testimony, she fell asleep on the loveseat in the living room while Mata watched television.   Patricia said that when she woke up, Adam and Mata were gone, as was the sleeping bag that Adam had been using as a blanket.

Patricia telephoned Mata on his cellular telephone at 3:37 a.m. Mata told Patricia that he did not know where Adam was.   Mata came to Patricia’s residence immediately.   According to Patricia, Mata told her that Adam was probably with Billie or Patricia’s mother.   Patricia went back to sleep, and Mata spent the night.   Patricia testified that she attempted to contact Billie and her mother the next day, but was unable to do so immediately.   When Patricia’s mother called her and asked how Adam was, Patricia told her mother that Adam was fine.   Patricia later spoke to Billie, and Billie said that Adam was not with him.   Patricia also asked Monica if she knew where Adam was, and Monica said she did not know.   Patricia said that at this point, she still thought Adam was with Billie, because Billie had been complaining about not having enough time with Adam. Patricia testified that Mata told her not to call the police, “because they couldn’t do anything anyways ‘til after 24 hours.”

On the following day, Saturday, March 13, 1999, Mata took Patricia to Grand Island, Nebraska, and the two did not return to Scottsbluff until Sunday morning.   Sunday night, Mata asked Monica to go to Cheyenne, Wyoming, accompanied by Jesse Lopez, who was the father of Monica’s son and who was staying with Monica at the time.   They agreed and departed at about 11 p.m., leaving Mata alone in the residence.   Monica was unable to locate the person Mata asked her to meet in Cheyenne, and she and Lopez returned home at about 4:30 on the morning of Monday, March 15.   After returning, Monica found that the sewerline from the residence was clogged.

That afternoon, Patricia spoke with her sister, who came to Patricia’s residence.   Mata was there when Patricia’s sister arrived. Patricia decided to call the police and report Adam’s disappearance.   Patricia testified that Mata insisted that she not call the police until after Mata had left “because how I knew he had  a warrant for his arrest, just for me to wait ‘til he left.”   Scottsbluff police were finally notified that Adam was missing at approximately 4 p.m. on March 15, 1999.

Police searching for Adam went to Monica’s residence to speak to Mata, but the occupants refused to answer the door.   Monica testified that Mata told her not to answer the door because there were warrants out for his arrest.   Police discovered a sealed garbage bag in a dumpster behind Monica’s residence.   When the bag was torn open, police found Adam’s sleeping bag and the clothing Adam had been wearing when he was last seen by Patricia.   The bag also contained trash identified as being from Monica’s residence, including a towel and a boning knife that Monica had not thrown away.

A search warrant was obtained for Monica’s residence and executed on March 16, 1999.  (The residence had been searched pursuant to a warrant earlier that morning, but the results of the search were suppressed by the district court;  the first search is not pertinent to this appeal.)   Mata went to the police station to answer questions while the warrant was executed.   Mata’s mother, Ynez Cruz, picked him up from the police station, dropped him off at a friend’s house, and went with Monica to retrieve some of Monica’s clothing.   The home was still being searched, and the police asked Monica to remove a dog from the residence.   Monica and Cruz took the dog and also picked up Mata from the friend’s house.   Cruz testified that en route to a nearby town, Mata was talking to the dog, telling the dog that it “was being well taken care of and [Mata] was feeding [it] and that he was [its] friend.”

Police searching Monica’s residence found human remains in the basement room occupied by Mata. Hidden in the ceiling was a package wrapped in plastic and duct tape, which contained a crushed human skull.   The skull was fractured in several places by blunt force trauma that had occurred at or near the time of death.   The head had been severed from the body by a sharp object, at or near the time of death.   No evidence of strangulation could be found, although strangulation, smothering, and blunt force trauma could be neither ruled in nor ruled out as the cause of death.

In the kitchen refrigerator of the residence, police found a foil-wrapped package of human flesh.   Mata’s fingerprint was  found on the foil.   Human remains were also found on a toilet plunger and were found to be clogging the sewerline from the residence.   Human flesh, both cooked and raw, was found in the dogfood bowl and in a bag of dogfood.   Human bone fragments were recovered from the dog’s digestive tract.

All of the recovered remains were later identified, by DNA analysis, as those of Adam. Adam’s blood was also found on Mata’s boots.   No blood was found on Adam’s clothing, or the sheets of Adam’s bed at Patricia’s residence.