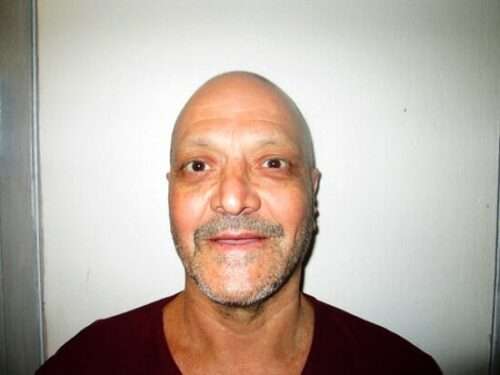 Three-year-old Adam Broomhall, who weighed 24 pounds, died as a result of brain damage caused when he was thrown against the vertical surface of the folded-down wing of a drop-leaf table by his mother’s live-in boyfriend, Richard Stephen Fairchild. The injury occurred in the early morning hours of Sunday, November 14, 1993, while Adam’s mother, Stacy Broomhall, was asleep in the bedroom. Adam never regained consciousness and he died later that morning. Fairchild had been living with Stacy and her three children in Midwest City.

The day before Adam was killed, Fairchild and Stacy drank beer most of the afternoon and evening. Fairchild told police he had started drinking beer about 2:00 p.m. and had consumed about twelve cans of beer by 9:00 p.m. That evening they visited Stacy’s mother, Jena Fickland, who lived in north Oklahoma City. The children watched TV and ate snacks in one room while the adults watched TV and drank beer in another. When Fairchild and Stacy were ready to leave, Fickland insisted they were both too intoxicated to drive and arranged for her seventeen-year-old daughter, Charity Wade, to drive them home.

Originally Ms. Wade planned to stay overnight at Fairchild’s and Stacy’s residence. These plans changed when Fairchild made sexual advances toward her. She put the kids to bed and called a cab to take her home. Fairchild got angry and got out a baseball bat. He told Charity that if someone other than a cab driver came to pick her up, he was going to beat him to death. He tried to grab her arm and told her she wasn’t leaving. She was finally able to leave in the cab sometime before 10:30 p.m. She had checked on Adam before she left, and he was sleeping in his bed.

Approximately three hours later, Adam woke up crying and got out of bed. Fairchild told Adam to “hush it up” and struck him in the mouth, rupturing the inside of his upper lip. Adam still did not stop crying. Fairchild then held Adam’s chest and then his buttocks up against a hot wall heater. Adam suffered severe second-degree grid-patterned burns on his chest and bottom, and was now screaming.

Fairchild admitted to Detective Burton a couple of days later, “I think I pushed him up against the heater and held him up there,” and, “The more he screamed, the more I just kept on hitting him.” Another blow struck Adam’s left ear and ruptured his eardrum. Finally, Fairchild threw Adam against the drop-leaf dining table, and when Adam hit the floor, he stopped screaming. He also stopped breathing.

Fairchild went in the bedroom, woke up Stacy Broomhall, and called 911. Paramedics arrived shortly and then the police. Fairchild claims he was intoxicated. However, he was not too drunk to write out a legible, detailed, coherent story in his own handwriting, claiming Adam was running in the house and “ran right into the table.”

Adam was rushed to Children’s Hospital in Oklahoma City where every effort to save his life failed, and he was pronounced dead later that morning. An autopsy established that injury to Adam’s head had resulted in severe hemorrhaging and swelling in the right half of Adam’s brain and had caused his death. Adam had sustained approximately twenty-six blows to his body including several to his head.