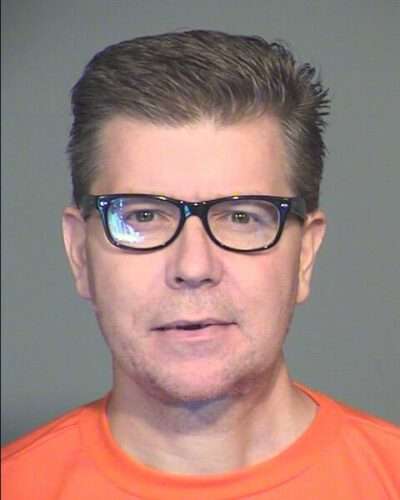 In a voice vibrating with fury, Andre Leteve’s ex-wife told him in court Thursday that he should have killed her if he was bent on revenge, not the sons who loved and trusted him so much.

“You wanted me,” Laurie Morales said, referring to her decision to divorce Leteve in 2010 after learning he had slept with 27 prostitutes. “When you couldn’t have me, you did what you were taught to do: Hurt me.”

Jurors in October convicted Leteve on two counts of premeditated murder for the March 2010 shooting deaths of Asher, 1, and Alec, 5.

In gut-wrenching statements Thursday, Morales and her parents, Marcia and Jason Zellner, expressed grief and anguish over the heartbreaking finality of what they described as Leteve’s premeditated act of revenge.

They addressed Leteve before Judge Karen O’Connor in Maricopa County Superior Court outside the presence of the jury, which is unusual.

They received permission to tell Leteve how they feel, having previously addressed the jury, defense attorney Greg Parzych said.

For nearly six weeks, jurors have heard testimony from 34 defense witnesses intended to convince them that the former jeweler’s life is worth sparing.

Leteve himself gave a statement Wednesday, begging jurors for forgiveness and mercy before they begin deliberating his fate.

Closing arguments are scheduled for Monday, after which the jury will decide whether to sentence him to life in prison, to life in prison with the possibility of release after 35 years, or to death.

“You have a conscience,” Morales told her ex-husband during her statement. “You are not mentally ill. You killed our children.”

Her mother, Marcia Zellner, described a happy family history that included vacations, golf outings, laughter and support, of a closeness and a sense that Leteve was like a son.

Even after her daughter, Laurie, learned that Leteve had frequented prostitutes, Zellner said she supported him because she supported love and family.

Earlier in the week, jurors heard testimony from family members on the other side of the aisle.

Leteve’s mother testified and a videotape was played of Leteve’s grandmother, who was in a nursing home and has since passed away.

Jeannette Westcott of Scottsdale,Leteve’s mother, urged compassion for her only son even as she grieves for her only grandchildren.

“I believe we would not be sitting here today if it were not for the drugs he was so callously and carelessly given.”

Westcott spoke of her son’s depression, divorce and financial ruin in the days leading to March 31, 2010, when Leteve fatally shot his two young sons before turning the gun on himself in a failed suicide attempt.

The gunshot cost Leteve the tip of his tongue and required numerous facial reconstructions, Westcott said under questioning from defense attorney Maria Schaffer.

Leteve left three suicide notes for Laurie, his estranged wife, who had filed for divorce.

Defense witnesses have described Leteve as a mentally ill man who was taking a large number of sleeping, headache, antidepressant and anti-anxiety medications amid the loss of his marriage, his income and his house.

Under questioning from Deputy Maricopa County Attorney Kirsten Valenzuela, Westcott described her effusive and at times eccentric support for her son.

She testified that she sends him books on meditation and gives him $225 a month to purchase bottled water and canned goods at the Maricopa County jail on Lower Buckeye Road because of the “vile” food there.

She burst into tears when asked if she regrets that she couldn’t see that he was about to commit murder.

In a videotape, Leteve’s grandmother, Janet, held up photographs of Leteve as a young boy and told him repeatedly that she loved him. She broke down sobbing at one point, saying she wished she could hold him in her arms one last time. She died last week, said Parzych, the defense attorney.

Closing arguments are scheduled for Monday. Jurors will then begin the task of deciding Leteve’s fate.