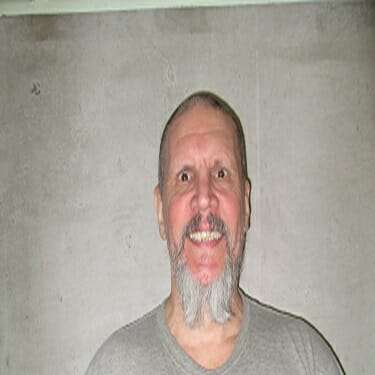 Scott Eizember left a Tulsa jail intent on settling a score. He was upset with his ex-girlfriend, Kathy Biggs, because she had tipped off authorities about his violation of a protective order. So just as soon as he could he made for her hometown of Depew. Once there, he noticed an elderly couple leaving a house across the street from Ms. Biggs’s home. Mr. Eizember decided the place would make an ideal lookout for Ms. Biggs and, after the couple left, he broke in. But A.J. and Patsy Cantrell didn’t stay away as long as Mr. Eizember hoped, and when they returned home they found him pointing their own shotgun at them. A tense exchange followed but eventually things calmed down enough that Mr. Eizember set the gun down. It was then Mr. Cantrell saw his opportunity. He grabbed the gun and fired. The shot hit Mr. Eizember in the hand—but also tragically struck and killed Mrs. Cantrell. In what followed, Mr. Eizember wrestled the gun away from Mr. Cantrell and proceeded to beat him with it until he fell unconscious. Then Mr. Eizember dragged the Cantrells’ bodies into the bathroom, where Mr. Cantrell was left to—and did—die.

The Cantrells’ deaths proved only the beginning of things. Next, Mr. Eizember headed across the street, shotgun in hand, toward Ms. Biggs’s house. Her son, Tyler Montgomery, saw him coming and tried to run, but before he could Mr. Eizember shot him in the back. Then Mr. Eizember turned on Mr. Montgomery’s nearby grandmother, Carla Wright, and beat her with the shotgun too. Somehow in the midst of this melee Mr. Montgomery recovered enough to run out of the house and into his pickup truck. Mr. Eizember followed right behind, jumping into the truck bed. Mr. Montgomery drove off erratically, hoping to shake Mr. Eizember, but he wouldn’t be budged and even shot Mr. Montgomery again. Eventually Mr. Montgomery crashed into a pole, jumped out, and ran for help. Mr. Eizember headed in the other direction and managed to hitch a ride. When the driver grew suspicious, though, Mr. Eizember fired a shot at him too and leapt from the car.

For the next eleven days Mr. Eizember went to ground. Hiding in wooded areas around Depew—resurfacing only to steal clothes and a pistol from a nearby house—he succeeded in evading a police dragnet. But in time he realized he needed to make a break for it. So he stole a car he found outside a church, somehow eluded police lines, and made his way out of town. Soon, though, the car ran out of gas, leaving Mr. Eizember to continue his odyssey hitchhiking.

Continue it he did. Seeing Mr. Eizember on the roadside, Dr. Sam Peebles and his wife, Suzanne, stopped and offered him a lift. But as soon as he was settled in the car, Mr. Eizember turned his pistol on the couple and ordered them to drive him to Texas. The journey lasted hours. Finally, during a roadside break in Texas, Dr. Peebles drew his own revolver and shot Mr. Eizember. Mr. Eizember replied by wresting the revolver away and bludgeoning Dr. Peebles with the pistol he’d stolen back in Oklahoma. Then Mr. Eizember tried to shoot Mrs. Peebles. When the pistol wouldn’t fire, he struck her in the head instead and ran off. But it seems the wounds Dr. Peebles inflicted eventually caught up with Mr. Eizember. At a nearby convenience store the clerk heard he’d been shot and called the police. It was only then that the authorities at last arrested Mr. Eizember, taking him first to a hospital to recover, and, in time, to Oklahoma for trial.

A jury there found Mr. Eizember guilty of more than a few crimes: first-degree murder for Mr. Cantrell’s death, second-degree felony murder for Mrs. Cantrell’s death, assault and battery with a dangerous weapon for the attack on Mrs. Wright, shooting with intent to kill for the attack on Mr. Montgomery, and first-degree burglary for breaking into the Wrights’ home. For the first-degree murder charge, the jury found two aggravating circumstances—that Mr. Eizember knowingly created a great risk of death to more than one person and that the murder was especially heinous, atrocious, or cruel—and sentenced him to death. For all the rest, the jury or judge settled on lesser sentences.