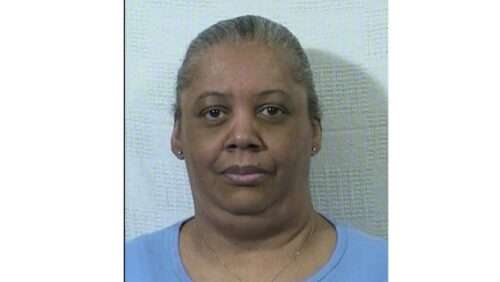 The state’s highest court unanimously rejected the defense’s contention that there were errors in the Los Angeles Superior Court trial of former West Hills resident Catherine Thompson, who is on death row for the June 14, 1990 killing of Melvin “Tom” Thompson in the restroom of his business.

The 49-year-old man, who had been shot, died later at a hospital.

Shortly after the murder, Catherine Thompson submitted a claim on two life insurance policies — one issued for $100,000 and a second one issued the year of the murder for $150,000 that had a clause that made it potentially worth $300,000, the Supreme Court wrote in a 111-page ruling.

Catherine Thompson instructed a friend to collect all of the jewelry from her husband’s body after the funeral and to return the items to her, which she pawned a day later and used the money to go on a gambling vacation to Laughlin, according to the ruling.

Catherine Thompson was convicted in September 1992 of first-degree murder and conspiracy to murder, with jurors finding true the special circumstance of murder for financial gain and recommending that she be sentenced to death.

Co-defendant Phillip Sanders, who was tried along with Catherine Thompson, was also convicted of the murder. He was sentenced to life in prison without the possibility of parole.

The justices rejected the defense’s contention that Catherine Thompson should have been tried separately from Sanders.

In the ruling written by Justice Kathryn M. Werdegar, the panel found there was a “web of evidence demonstrating that defendant participated in a conspiracy” with Sanders and two others to kill the victim for financial gain, including “defendant’s many refinancing and insurance frauds,” the evidence of many telephone calls between her and Sanders in the days leading up to the murder and her “blurted-out statement upon her arrest that she `didn’t know Phil at all”‘ though police had not yet revealed any evidence of Sanders’ involvement in the crime.

The justices also noted that Catherine Thompson had a “strong financial incentive to kill the victim” and quickly used the insurance money after he was killed.

The panel found that the trial court “did not abuse its discretion in concluding that evidence of defendant’s prior financial misdeeds was relevant to showing her motive for killing, and conspiring to kill, her husband in order to collect on his life insurance policies.”

The justices wrote that jurors could infer from the evidence that “defendant’s financial house of cards was about to collapse, leading her to believe she had one last option to make a large financial score: killing her husband.”

Catherine Thompson — who was sentenced to death in 1993 — is among 21 women awaiting execution in California.