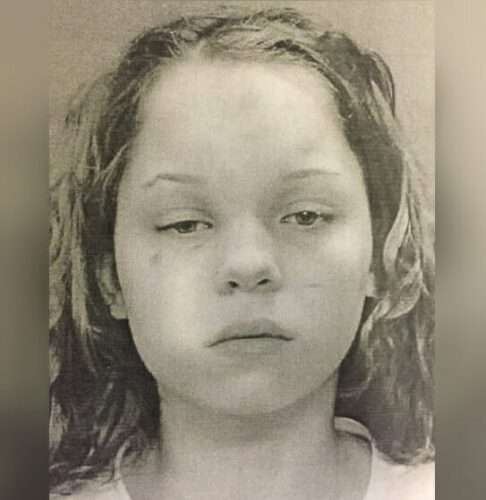 Cathleen Boyer was sixteen years old when she stabbed a love rival to death. According to court documents Cathleen Boyer and the victim eighteen year old Kayla VanWert were involved in a fight over social media and agreed to meet up and fight. When Kayla VanWert showed up she was stabbed to death by Cathleen Boyer. The teen killer would plead guilty to murder and would be sentenced to seven to twenty years in prison

A high-school student who admitted to stabbing another teen to death after an argument on Facebook has been sentenced to prison.

Cathleen Boyer, 17, was sentenced Wednesday to seven to 20 years in prison.

A rivalry among two teen girls over a man who had fathered a child with one of them turned fatal last year when the 17-year-old stabbed the 18-year-old mom to death.

Now, the accused, Cathleen Boyer, 17, of Scranton, is facing up to her actions, pleading guilty to third degree murder earlier this week in Lackawanna County Court, according to WNEP-TV and the Times-Tribune of Scranton.

“You understand by pleading guilty you are admitting to the things you’re charged with?” the judge asked, according to the newspaper report.

With that, the 17-year-old now faces a minimum of at least seven years in a state prison.

But the prosecution is expected to ask for a 20-year-prison term, the Times-Tribune reported. And the judge could impose a sentence of up to 40 years at sentencing, which remains unscheduled, the newspaper added.

All because Boyer stabbed and killed 18-year-old Kayla VanWert — her former friend — in violent alley brawl on May 29, 2016.

The spark for the violence was a romantic rivalry between to the two former friends over the father of VanWert’s child, Jorge DeJesus, who the teen mom suspected was romantically involved with Boyer, the Times-Tribune reported, adding:

That led to a threat-filled argument on social media between Boyer and VanWert, which ended hours later with the fatal stabbing.

Due to the severity of the crime, Boyer was charged as an adult.

Boyer remains in Lackawanna County Prison without bail, where she is taking 11th-grade high school classes and hopes to earn a diploma soon, the newspaper reported.