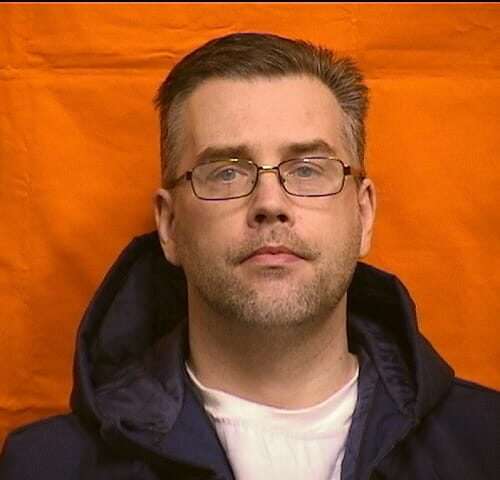 The Ohio Supreme Court on Thursday unanimously affirmed the convictions and death sentence for Shawn Grate in the murder of two women in Ashland County.

Grate, who murdered at least five women in three Ohio counties, was convicted in 2018 of killing Stacey Stanley, 43, and Elizabeth Griffith, 29, after a lengthy jury trial in Ashland County Common Pleas Court.

The jury recommended the death penalty for Grate, and Judge Ron Forsthoefel agreed.

Grate’s one-man crime spree ended after he kidnapped a woman prosecutors identified as Jane Doe. Grate raped her multiple times, but she managed to escape after calling 911 with Grate’s phone on Sept. 13, 2016.

After Doe’s rescue and the apprehension of Grate, police found the bodies of Griffith and Stanley at a house at 363 Covert Court, near downtown Ashland. Both women had been strangled. The vacant house where Grate had been squatting has since been demolished.

Grate also has been convicted of killing two women in Richland County: Candice Cunningham, 29, and Rebekah Leicy, 31, all by strangulation, and was given a life sentence last year for the 2006 murder of Dana Nicole Lowrey in Marion County.

The state’s highest court rejected Grate’s arguments that his trial was riddled with errors sufficient to overturn his conviction.

Justice Judi French, writing for the court, also noted an “inappropriate” remark made by one of Grate’s attorneys, and wondered whether the attorney’s “graphic characterization” of Grate’s motivation for killing Stanley was appropriate or helpful.

“But none of these errors rose to the level of reversible error,” French wrote.

“In view of the overwhelming evidence of Grate’s guilt, we conclude that the cumulative effect of counsel’s errors did not deprive him of a fair trial.”

In a written concurring opinion, Justice Michael Donnelly agreed with the court’s opinion and judgment upholding Grate’s convictions and death sentences, but expressed alarm about decisions made by Grate’s attorneys, saying their failings “were more than plentiful.”

“However, speculation is not evidence and there is not enough information in the record before this court to conclude whether Grate has satisfied the prejudice prong of the ineffective-assistance-of-counsel analysis,” Donnelly added. “Information outside the record is necessary to determine whether counsel’s failure to present particular evidence had a prejudicial impact on the outcome of Grate’s mitigation phase of his capital proceedings.”

“If such evidence exists, it would be entirely appropriate to submit it in a postconviction petition as support for an ineffective-assistance-of-counsel claim.”

French, in her decision, wrote that the court gave “considerable” consideration to Grate’s mental health problems.

Dr. John Fabian, a clinical psychologist, testified during trial and diagnosed Grate with a long-term mild depressive condition, a bipolar and related disorders, ADHD, a language-based learning disorder, a neuro cognizance disorder, and a personality disorder.

French also wrote that consideration was given to Grate’s background and upbringing. His older half-sister, Barbara Charter, testified during trial that she cared for Grate until she was about 16 because their mother was frequently absent.

“Dr. Fabian linked Grate’s feelings of misery toward his mother, and his fantasy of murdering her, with similar feelings that caused him to murder Griffith and Stanley,” French wrote. “But we find nothing that is mitigating in this connection. And Grate acknowledged during allocution that he knew right from wrong when he strangled Griffith and Stanley. Upon independent weighing, we conclude that the aggravating circumstances as to each aggravated-murder count clearly outweigh the mitigating factors beyond a reasonable doubt.”

Grate is housed at the Chillicothe Correctional Institution. Even if Grate appeals the decision upholding his death sentence, it’s not clear when he would face execution.

Gov. Mike DeWine announced Tuesday that no more executions would be held in Ohio until state lawmakers pick an alternative to lethal injection.

DeWine said he still supports capital punishment as Ohio law. But he has come to question its value since the days he helped write the state’s current law — enacted in 1981 — because of the long delays between crime and punishment.