In the summer of 1987, sleep deprived from a 48-hour cocaine bender, a Miami bank robber named William Van Poyck hatched a last-minute plan.

He enlisted an accomplice, fellow bank robber Frank Valdes, and they drove to West Palm Beach in a red Cadillac. A jailed buddy had an appointment with a downtown dermatologist, and in a few minutes, they’d have him out of the prison van, into the Cadillac and on the way to freedom.

But the prison guards were defiant and one of them was shot dead. Van Poyck and Valdes left their friend behind and fled at 100 mph down Palm Beach Lakes Boulevard. Van Poyck blasted rounds at pursuing police officers, who peeked over their dashboards but refused to back off. Suddenly Valdes lost control and crumpled the Cadillac into a palm tree.

Now, almost 26 years after correctional officer Fred Griffis died from three bullets, Van Poyck, 58, is scheduled to die for his role in the crime. Executioners at the Florida State Prison in Raiford have orders to inject Van Poyck with lethal chemicals at 6 p.m. Wednesday.

Van Poyck maintains he didn’t pull the trigger and the jury that gave him a death sentence never heard the full story. So far, appeals courts have said it doesn’t matter under the law.

“They took one good man’s life,” said Norman Traylor, 58, a cousin of Griffis. He was in the room when the sentence came down. “He had no regret, no remorse.”

By 1987, Miami was dealing with cocaine-fueled hell-raisers, but West Palm Beach was not. On June 24, Van Poyck’s cinematic blitz brought all of crime’s worst aspects — drugs, murder, a high-speed chase — deep into the urban core.

The stunned employees of the dermatology office watched Griffis slump against their building as blood pooled around him.

“Unfortunately, we saw more than we ever wanted to experience,” said Dr. Steven P. Rosenberg, who has since relocated from North Olive Avenue. Although Rosenberg believes everyone deserves quality medical care, he asked the Department of Corrections to find another dermatologist.

Van Poyck could not be interviewed for this article because the DOC denied a Sun Sentinel request. But he has published a memoir, and he maintains a blog through his sister, Lisa, who lives in Virginia.

“I have thought of Fred many times over the years and grieved over his senseless death,” he said in the blog. But of Griffis’ family, he wrote: “I suspect when I’m gone, if they search their hearts, they will grasp the emptiness of the closure promised by the revenge of capital punishment.”

Van Poyck and his allies treat it as fact that Valdes fired the shots that killed Griffis.

They say Griffis’ blood was on Valdes, not Van Poyck. But courts snubbed a request for DNA tests. They say even if Van Poyck can prove Valdes pulled the trigger, it wouldn’t change the death sentence. Under Florida’s felony murder statute, a felon whose crime gets someone killed is culpable in the homicide.

The person who squeezed the trigger and killed Griffis may never been known. Valdes was beaten to death in prison in 1999. Rosenberg said neither he nor the other employees could tell who was who. They even thought it was a SWAT operation at first.

One man, Steven Turner, says the ambush is “still fresh” in his mind.

Turner was Griffis’ partner on transport duty that day. They drove an inmate named James O’Brien (convicted of felony murder) from Glades Correctional Institution in Belle Glade to Rosenberg’s office for a skin cancer examination.

Van Poyck and O’Brien had done time together, and Van Poyck, a sharp jailhouse lawyer, had made O’Brien’s case his mission. But the law wouldn’t budge. So O’Brien tipped off Van Poyck from prison about the doctor’s appointment.

Griffis parked, and Turner glanced down at some paperwork. When he looked up, a 9mm was pointing at his head. Van Poyck ordered him under the van. Valdes, meanwhile, ordered Griffis to give him the keys to the padlock.

Instead, Griffis chucked them into a bush. It was the last choice he ever made.

Because he was underneath the van, Turner testified, he didn’t know for sure who shot Griffis.

He was sure that it was Van Poyck who aimed the pistol at his own forehead. (Van Poyck denies he tried to kill Turner.)

“I watched the trigger go down, and by the grace of God it did not go off,” Turner said by phone from Georgia, where he now works as a contractor. “I will remember that for the rest of my born days.”

Van Poyck and Valdes left O’Brien — who ended up back in prison — and fled.

Nearby in a squad car was Freddy N. Naranjo. He was 10 days out of the police academy, working at the West Palm Beach Police Department, and starting a new life in Florida with his young family.

The call came over the radio, and almost simultaneously, a red Cadillac screamed across his field of vision.

They gave chase, too high on adrenaline to think about the bullets. “Only in the movies” are windshields bulletproof, Naranjo said.

They were near Palm Beach International Airport when Valdes slammed into the palm tree.

Sometimes Van Poyck, his sister and friends wonder what the jury would have done if it had known at sentencing that Valdes was the trigger man. In the flurry of appeals leading up to this week’s execution, the defense team has focused on that point, among other more technical arguments.

Mark Wilensky was Valdes’ first lawyer in the case. He said he “always found the sentence troubling and the situation troubling from Day One.”

“There were a number of questions that remain unanswered,” he said.

Meanwhile, many who want Van Poyck dead are hesitant to say much, lest their words somehow delay the execution.

“I’d rather be more safe than sorry until justice 100 percent prevails,” Turner said. “It’s 26 years waiting for justice to prevail.”

But Van Poyck’s last day will be doleful for the people who love him. They say he is calmer now and finally capable of living up to the potential he showed as a smart kid from Miami whose father was an airline executive.

He wrote recently to Guy Moore, his old halfway house director in Tallahassee: “It is my eternal regret that I failed to live up to your expectations.”

Van Poyck ran away from that halfway house a few times in the 1960s and finally just didn’t come back. He was a professional criminal after that. 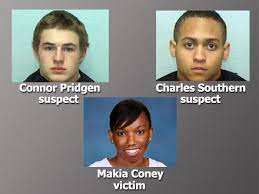 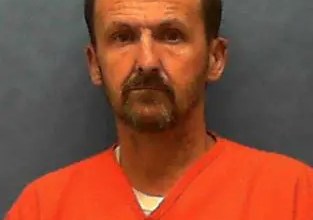 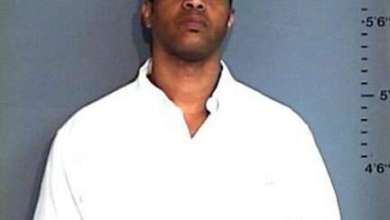 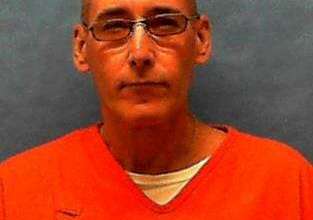