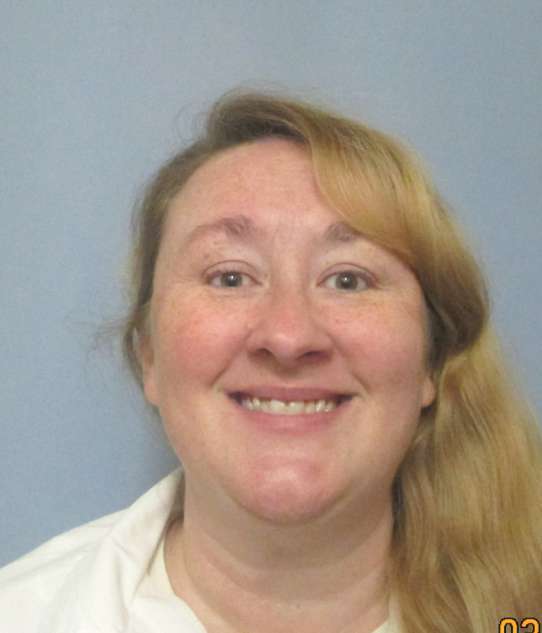 Christie Michelle Scott is on Alabama Death Row for the murder of her child. According to court documents Scott set fire to her home that would kill her six year old autistic son. Fire investigators believed that the fatal fire was actually set in her children bedroom. It is believed that Scott was trying to collect on the insurance policy. Scott was quickly convicted and sentenced to death.

The evidence tended to show that in the early morning hours of August 16, 2008, a fire was set in the Scott house and that Mason died as a result of the fire. Dr. Emily Ward, a pathologist with the Alabama Department of Forensic Sciences, testified that Mason died from smoke in his airway and thermal burns.

At the time of the fire, Christie Michelle Scott and her four-year-old son Noah were sleeping in Scott’s bedroom, Mason was in the boys’ bedroom, and Jeremy Scott, Scott’s husband, was not at home and had been out of town for several weeks. Sgt. Brian Shackelford of the Russellville Police Department testified that he arrived minutes after the emergency call, that he kicked open the back door, and that he was only able to make it four or five feet inside the house because of the heat and smoke. Firefighters testified that after extinguishing the fire they searched the house several times before they were able to identify Mason’s badly charred body.

The Scott’s neighbor, Jennifer Davidson, testified that her doorbell rang around 2:30 a.m. on August 16, 2008. She opened the door and found Scott and Noah. Christie Michelle Scott told her that her house was on fire. Davidson went to the back of the house to telephone emergency 911 because, she said, the telephone in the front of the house was not working. When she got back to the front door, she said, Christie Michelle Scott told her that her other son, Mason, was still in the house. Davidson telephoned 911 again to inform them that a child was still in the house. Emergency 911 records showed that the first call was made at 2:33:17 on the morning of August 16 and that the second call was made at 2:35:48—two and one half minutes later.

Jerry Yarborough, a paramedic with Pleasant Bay Ambulance Service, testified that when Scott’s father arrived at the scene he was upset and said to Scott: “Where’s my babies? Oh, no, not my babies. What have you done?” (R. 1126.) When Yarborough tried to calm Scott down, Yarborough testified, Christie Michelle Scott said to him “You don’t understand. I killed his [Jeremy’s] baby.” (R. 1128.) Yarborough also testified that Scott said that she didn’t know how someone could be so unlucky as to have two fires in three years and “I hope it ain’t that one [the fire marshal] from Colbert County. I don’t want him here.” (R. 1128.)

Cpt. Steve Thornton with the Russellville Fire Department testified that he arrived at the scene after the fire had been extinguished. The fire, he said, originated in Mason’s and Noah’s bedroom. He said that some of the electrical outlets from the bedroom were cut out of the wall in his presence, that each outlet was cut at a different length to identify it, and that the outlets were photographed from all angles. One outlet, he said, the outlet that was behind Mason’s bed could not be located; however, numerous photographs of this outlet had been made. Thornton said that firefighters sifted through the fire debris for 8 to 10 hours but were unable to locate this missing outlet.

Dolan Gassett, a deputy fire marshal, testified that he found a disabled smoke detector in the hallway outside the boys’s bedroom. (R. 1818.) Morris Brown, a former firearms and toolsmark expert with the Alabama Department of Forensic Sciences, testified that in his opinion the smoke detector had been forcibly removed, or pulled from the wall, before the fire started and it was lying on the floor, undamaged by the fire. He said: “[S]ome force acted upon the wires enough to cause the tearing of this housing and caused the collateral abrasion of the wire.” (R. 2399–40.) There was evidence indicating that everything else mounted on the walls at the same height as the smoke detector—the electrical box that housed the smoke detector, a thermostat, a wooden doorbell cover, and a picture frame—had sustained serious heat damage or had melted completely. Testing indicated that the smoke detector would have worked properly if it had been on the wall at the time of the fire.

James Edwards, a deputy with the State Fire Marshal’s Office, testified that he interviewed Scott at the Russellville Fire Department on August 26. Christie Michelle Scott gave the following account of the events of August 16:

We went to my room and went to bed. As I went to sleep, the house was fine. The Jack and Jill bathroom light was on and the night-light played and—plugged into the wall. In my room I had turned the light on over the toilet for Noah Riley. We went to sleep.

“The next thing I remember is something hitting my face. As I started to wake up, I could smell the smoke and feel the heat on my face. I rolled off the bed and covered Noah Riley and told him to be still. I crawled over to the door. I looked out in the hallway, which was covered in smoke. I could see flickering that I thought at the time was coming from the laundry room.

“I went back into our room, pushed the door to. I crawled back over to the bed and pulled Noah Riley off in the floor. He began to cry at this point. I took a deep breath, stood up, and opened the window. I punched the screen out. I picked up Noah Riley, kissed him, told him I loved him, and dropped him out of the window.

“At this time I could hear crackling and popping. I began to try to get out of the window, got halfway out and fell. When I got on the ground, I took, Noah Riley by the hand and started around the house. He told me that I was hurting him. So I picked him up and carried him through the front yard with me.

“Where there was—there was fire coming out of the window in the boys’ room and going over the top of the roof. It was orange. I ran to Jennifer’s house, banged on the door. When she came to the door, I handed Noah Riley to her, told her to dial 911 that the house was on fire.

“I yelled to her that Mason was still in the house as I headed back to the house. I ran over to the garage doors. I put in the code and the doors would not open. I tried several times to get in with the code. Then I ran around to the front of the house. The flames had started running across the peak of the roof.

“I was headed to the front door when Brian [Copeland] grabbed me and held me down. Later I remembered the light in my bathroom was off when I woke up.”

A psychiatrist, Dr. Rebecca Dailey, testified that Mason was brought to her for an evaluation in April 2007. She diagnosed Mason with Attention Deficit Hyperactivity Disorder (“ADHD”); Oppositional Defiant Disorder (“ODD”); and Pervasive Developmental Disorder (“PDD”). She prescribed Abilify for his obsessive behavior; Risperdal as a antipsychotic; and Vyvense for his hyperactivity. Dr. Dailey testified that she last saw Mason 12 days before his death.

A toxicologist at the Department of Forensic Sciences, Dr. Jack R. Kalin, analyzed Mason’s blood. Dr. Kalin testified that he identified the following drugs in Mason’s system: amphetamines, codeine, and promethazine, an antihistamine typically used to treat nausea in postoperative patients. He said that the amphetamine level in a typical child being treated for ADHD is less than 100 but that Mason’s level was 450—a level, he said, that was consistent with what you would expect to see in a DUI case. Dr. Kalin further testified that this was the first case where he had seen codeine used in conjunction with promethazine and that both substances would induce sleepiness and drowsiness. Dr. Kalin said that he did not find the presence of Risperdal or Abilify in Mason’s blood. Mason’s carbon-monoxide level, he said, was greater than 90% which is extremely high.

The State’s experts ruled out lightning, spontaneous combustion, rechargeable batteries, and faulty electrical wiring as the cause of the fire. Michael Haynes with the State Fire Marshal’s Office testified that there was no indication that any hydrocarbon accelerant had been used. (R.1927.) Dr. Raphael A. Franco, Jr., an electrical engineer, testified that he was asked to examine the scene and to determine whether the fire was electrical in origin. In August 2008, he said, he went to the scene and stayed there for 12 hours conducting his examination. Dr. Franco testified that there were five electrical outlets in the boys’s bedroom, that the wiring ran under the floor, that the outlets were all on one circuit breaker, that he inspected every outlet and receptacle, except outlet number 1, that he took 425 photographs of the scene, that he examined the wiring underneath the house, that he examined the attic, that the night-light was not the cause of the fire, that there was no damage to the underground wiring in the house, that the fire did not originate in outlet number 1 because the electrical box that housed the outlet was intact, and that, in his opinion, the fire was not electrical in origin. He further testified that the television had been plugged into outlet number 5, that the cord to the television was damaged by an external fire which caused the circuit breaker to trip meaning, he said, that the electricity had to pass through outlets number 1 through 4 before going to 5 and that the fire could not have been electrical in origin.

A Russellville jury found Christie Scott guilty of three counts of capital murder in the death of her young son a year ago.

Mason Scott, 6, died in a house fire in August of 2008. Christie Scott and Mason’s brother escaped from the blaze.

“[The jury] did see what happened in this case, and the fact that Mason was murdered by his mother,” said Franklin County District Attorney Joey Rushing.

Fire marshals testified that the fire began in Mason’s room. However, Christie Scott’s attorney said the state conducted a bad investigation where they looked at rumors and not facts.

In their closing arguments, the defense also reminded jurors that a faulty television cord could have been the cause of fire.

State prosecutors closed their case by stating that circumstantial evidence was strong, with Christie Scott having purchased an insurance policy for her son shortly before the fire. Also, prosecutors said Scott had been looking at real estate the night of the fire, and a cherished wedding ring was taken out of the house before the fire.

Jeremy Scott, Christie’s husband and Mason’s father, had to be consoled by his mother while they waited for her to arrive from the Franklin County jail for the verdict.

Christie Michelle Scott didn’t show emotion as heard the jury’s verdict late Wednesday morning. As she was being lead away from court, she would not comment.

She was the first woman convicted of capital murder in Franklin County.

“This is the most heinous crime in Franklin County history,” Rushing said. “There is nothing worse than a mother murdering her son for insurance.”

“If you kill a child and you’ve done it intentionally, then yes, she deserves the death penalty,” said Franklin County resident Jeff McCormick.

The sentencing phase of the trial will begin Thursday morning. Due to the capital murder verdict, she will be either sentenced to life in prison or to death by lethal injection.

However, the jury won’t begin deliberating her sentence immediately. The defense and prosecution will present witnesses and then the judge will turn it over to the jury panel.