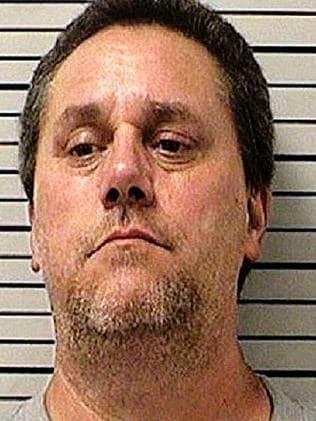 James Worley was sentenced to death for the kidnapping, rape and murder of a Ohio woman.  According to court documents Jamew Worley, who had previously spent time in prison for the kidnapping and sexual assault of another woman,would kidnap the twenty year old college student who he would later sexually assault and murder.  When police were investigating the disappearance of the victim they discovered a hidden room inside of a barn on Worley property that was outfitted for torture.  The murder of Sierah Joughlin would lead to a law where all people convicted of violent offences would be listed in a State database.

A suspect in the death of an Ohio college student had a hidden room on his property with restraints, a freezer containing blood and evidence of additional potential victims, search warrants show.
That’s just the start of a long list of items that included masks and a secret room concealed by hay bales.
Authorities charged James Dean Worley, 57, this week with aggravated murder and abduction in the death of Sierah Joughin, 20.
The University of Toledo student went missing on July 19 while riding her purple bicycle in rural Fulton County, west of Toledo.
For a few hours that evening, her boyfriend exchanged text messages with her before she suddenly went quiet, according to search warrants from the Fulton County Sheriff’s Office.
He tried to reach her repeatedly that night, but all his calls went to voice mail, search warrants show.
Joughin’s body was found three days later in a shallow grave in a cornfield 12 miles from the suspect’s home.
Worley was arrested the same day.

Investigators released a search warrant Thursday, providing details on the trail of evidence that led them to Worley.
After Joughin’s family reported her missing, police started their search where she was last seen.
During the search of a cornfield, authorities found her bike, evidence of a struggle and two pairs of sunglasses, one of which belonged to her, according to the search warrants.
They also found a screwdriver, and a motorcycle helmet covered in human blood. The blood and the sunglasses were later revealed to contain Worley’s DNA, search warrants show.
Before the DNA tests were conducted, investigators searching for more clues in the area came across Worley’s property, search warrants show.
Authorities talked to Worley, who told them his motorcycle had broken down in the same location, and that he’d lost his helmet, screwdriver, sunglasses and fuses, according to the search warrants.
“These items were precisely what items were found on the scene, and it was not made public that any of these items were found,” the search warrants say.
Worley also said something the investigators found strange.
“He made the comments that he didn’t steal anything or kill anyone,” the search warrants show. “Interviewees observed what appeared to be fresh marks on the arms of Mr. Worley and what appeared to be bruising on his lower legs.”
When authorities executed a search warrant at his property, what they found was even more disturbing.
They found the victim’s blood on Worley’s motorcycle at the property, along with zip ties, a ski mask and mace, search warrants show.
A further search revealed a barn that had an area concealed by bales of hay, according to authorities. Nearby was a secured freezer that had blood in it, but authorities did not provide details on whether it was linked to the victim or the suspect.
Authorities found duct tape that had both Worley’s and Joughin’s DNA, several pairs of female panties, journals, maps and a “nanny cam” on his property, search warrants show.
Cell phone location information from Worley’s phone revealed he spent two hours at the scene of the victim’s abduction during the time she was missing, search warrants show.
The Ohio Attorney General’s Office told CNN authorities are trying to determine whether the suspect is a serial abductor. CNN has reached out to Worley’s attorney.
Worley was charged with aggravated murder, according to Jill Del Greco of the Ohio Attorney General’s Office.
The FBI has joined county and state officials in the investigation of Worley, who was charged with kidnapping and felonious assault in 1990 in a case that had some similarities to the current case.
A woman who was riding her bicycle on a rural road near Toledo told authorities that Worley hit her purposely, clouted her head and then tried to handcuff her in his flatbed truck while threatening, “Do what I say or I’ll kill you. I’m serious, I’ll kill you,” according to the 1990 presentencing report in the Common Pleas Court of Lucas County.
Robin Gardner told police that she managed to escape the truck and run to a man who had stopped his motorcycle after seeing a struggle inside the truck. Worley inflicted a one-inch laceration on her right knee with a flathead screwdriver, she said.
Worley, who ran a lawn-mowing business, vehemently denied trying to harm Gardner; he told authorities he only tried to restrain her because she was trying to leave the scene of an accident.
He contended Gardner had caused the crash when she cut in front of him with her bicycle.
“My family and myself are good, decent and very honest people,” he wrote in a letter to Judge Charles Doneghy.
After Worley entered a plea to an abduction charge, Doneghy sentenced him from four to 10 years in prison, according to the court docket.
You May Also Like These Topics...