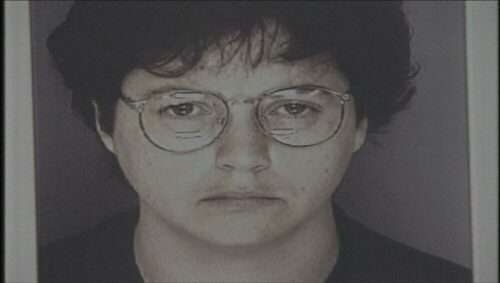 Kelly Gissendaner was executed by the State of Georgia for the murder of her husband Douglas Gissendaner on September 30, 2015.

Kelly Gissendaner whose maiden name was Brookshire was born to a poor family in Georgia. According to family members Kelly was molested by several men and family mothers. During high school Kelly claimed she was raped and would give birth to a son nine months later. Kelly first marriage to Jeff Banks would only last for six months.

In 1989 Kelly Gissendaner would marry Douglas for the first time. Soon after they were married they would have a baby, lose their jobs and have to move in with Kelly’ mother.

Douglas Gissendaner would join the Army and would be sent to Germany. While her husband was abroad Kelly would get pregnant by another man who would later die from cancer. Kelly and Douglas would get divorced in 1993

Two years later Douglas and Kelly would get remarried and the couple would purchase a home together in 1995.

In 1997 Kelly Gissendaner would approach Gregory Owen to murder her husband. Kelly figured the only way she could keep her home and improve her finances would be for her husband to die so she could collect the insurance money.

On February 7, 1997 Gregory Owen would carjack Douglas Gissendaner and force him to a wooded area where he would be murdered. Kelly Gissendaner would arrive at the crime scene and the two would set Douglas’s vehicle on fire and hid the body in the woods.

It did not take long for police to crack the case and Kelly Gissendaner and Gregory Owen would be arrested and charged with capital murder. Gregory and Kelly were both offered life sentences before the trials. Owen would agree to testify against Gissendaner who would be convicted an sentenced to death

On September 30, 2015 Kelly Gissendaner would be executed by lethal injection.

A Georgia woman who was executed despite a plea for mercy from Pope Francis sang “Amazing Grace” until she was given a lethal injection, witnesses said.

Kelly Renee Gissendaner, who graduated from a theology program in prison, was put to death at 12:21 a.m. Wednesday after a flurry of last-minute appeals failed.

Gissendaner, who was sentenced to death for the 1997 stabbing murder of her husband at the hands of her lover, sobbed as she called the victim an “amazing man who died because of me.”

She was the first woman executed in Georgia in 70 years and one of a handful of death-row inmates who were executed even though they did not physically partake in a murder.

The mother of three was nearly executed in February, but the lethal injection was abruptly called off because the chemicals appeared cloudy.

After a new execution date was set, Gissendaner, 47, convinced the Georgia Board of Pardons and Paroles to reconsider her application for clemency.

In an extraordinary turn, Pope Francis — who called for a global ban on the death penalty during his U.S. visit last week — urged the board to spare her life.

“While not wishing to minimize the gravity of the crime for which Ms. Gissendander has been convicted, and while sympathizing with the victims, I nonetheless implore you, in consideration of the reasons that have been expressed to your board, to commute the sentence to one that would better express both justice and mercy,” Archbishop Carlo Maria Vigano wrote on the pontiff’s behalf.

Shortly thereafter, the board announced that it would not stop the execution.

The victim’s family was split on whether Gissendaner should live or die: Her children appeared before the parole board to ask that their mom be spared the death chamber, but her husband’s relatives said she did not deserve clemency.

Kelly planned and executed Doug’s murder. She targeted him and his death was intentional,” Douglas Gissendaner’s loved ones said in a written statement

“As the murderer, she’s been given more rights and opportunity over the last 18 years than she ever afforded to Doug who, again, is the victim here. She had no mercy, gave him no rights, no choices, nor the opportunity to live his life. His life was not hers to take.

In the hours before her death, Gissendaner pressed a number of appeals, arguing that it was not fair she got death while the lover who killed her husband got a life sentence. She also said the execution drugs might be defective, and that she had turned her life around and found religion while in prison.

Jeff Hullinger, a journalist with NBC station WXIA who witnessed the execution, later told reporters that Gissendaner appeared “very, very emotional, I was struck by that.”

He added: “She was crying and then she was sobbing and then broke into song as well as into a number of apologies … When she was not singing, she was praying.”