A man convicted of killing three people in three different states was executed Tuesday evening at the Oklahoma State Penitentiary.

Steven Ray Thacker, 42, waived his right to a clemency hearing last month and was put to death by lethal injection Tuesday evening in the prison’s execution chamber.

In the hours before his execution, Thacker visited with clergy and family, prison officials said. He also was served his last meal — a large meat lover’s pizza, a small bag of peanut M&Ms and an A&W root beer — at around noon.

Before the execution process began, one of the federal public defenders placed his hand in a consoling manner on Thacker’s step-father’s back. The hand remained there throughout the execution.

Thacker then gave his last statement.

“I’d like to apologize sincerely to the families of Laci Hill, Forrest Boyd and Ray Patterson. I don’t deserve it but as God has forgiven me, I hope you will forgive me for the pain I’ve caused.

“I would like to thank my family and friends for your love and support. When my body is gone, my spirit will be with them.

“Jesus Christ died for my sins. God has forgiven me and eternity in heaven is mine.”

Thacker then turned his head slightly and winked at his step-father, who then in turn raised his head to Thacker.

At 6:05, Thacker’s lips bubbled outward and he exhaled heavily. At 6:06 his lips moved slightly and then the color from his face began to drain.

At 6:10, the attending physician pronounced Thacker’s time of death.

“On behalf of Laci’s family and friends I want to thank everyone for the enormous support and love we have received the last 13 years. There are too many people to name individually. Laci impacted many.

“They say time heals all wounds, which I guess is true, but Laci’s murder has left a huge scar to remind us all daily of what we have lost, what we will never have again.

“It was time, justice needed to be served, 13 years was long enough. We believe Steven Thacker deserved to be punished. His selfish act 13 years (ago) destroyed a family and took away a person who was just starting her young life.

“His death won’t erase what happened but hopefully we can now focus on happier memories — memories of the joy Laci brought to our lives. Now we can truly celebrate and remember what an amazing person she truly was.”

When asked her thoughts about the execution, another one of Laci Hill’s friends spoke: “So humane,” Nikki Hodgson said, “He just got to go to sleep .. it’s nothing like what the victims endured.”

The condemned killer arrived at OSP on Feb. 12. Prior to his arrival, Thacker was being held on death row in Tennessee at the Riverbend Maximum Security Institution in Nashville.

The request for an execution date for Thacker was made on Jan. 7 by Oklahoma Attorney General Scott Pruitt immediately following the U.S. Supreme Court denial of the killer’s final appeal.

“Steven Thacker was sentenced to death for savagely ending the life of an innocent young woman,” Pruitt stated in a press release on Tuesday. “My thoughts are with the families of Laci, Forrest and Ray, who all lost loved ones due to Thacker’s heinous killing spree.”

Thacker was convicted of going on a 10-day killing spree over the Christmas and New Year holidays between December 1999 and January 2000. He killed three people in three states, according to court records.

“In December 2002, Thacker pleaded guilty to the kidnapping, rape and first-degree murder of Laci Dawn Hill, 25, of Bixby,” according to Pruitt.

“Thacker met Hill in her home on Dec. 23, 1999, after answering an ad Hill placed to sell a pool table,” Pruitt said. “When his attempt to rob Hill failed, Thacker kidnapped her and took her to a rural cabin and raped her. Thacker attempted to strangle Hill, but eventually stabbed her in the chest and neck.”

In a videotaped confession, according to police, Thacker told authorities he raped Hill and returned to kill her after realizing she could turn him in.

Thacker then fled to Missouri where he killed 24-year-old Forrest Reed Boyd, stealing his car and credit cards, Pruitt said.

Thacker then drove to Tennessee “where the car ultimately broke down, and he called a tow truck,” according to Pruitt. “Thacker murdered Ray Patterson (age 52), the tow truck driver, after being confronted for using a stolen credit card.”

Police also searched Thacker’s vehicle and found a third knife, which was covered in Patterson’s blood, court records state. While in police custody, Thacker told authorities “how he had left his home in Chouteau, Okla., on about December 28, 1999, and traveled to Springfield, Mo.,” court records state.

“He left Springfield on December 31 and traveled toward Dyersburg, Tenn., but his car broke down ‘two-and-a-half miles this side of the Mississippi River.’ An unidentified man gave the defendant a ride into Dyersburg and dropped him off at a truck stop,” where he obtained a name and phone number for a local tow-truck driver.

“According to (Thacker), ‘he wasn’t gonna give my credit, my card back ‘cause I couldn’t pay the bill … And I knew I was wanted in other states, so I just stabbed him and took off.’” 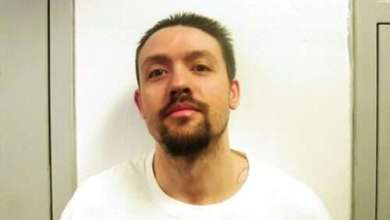 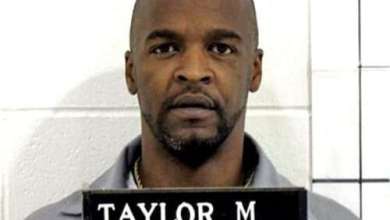 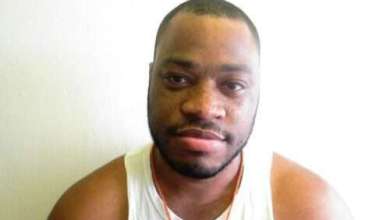 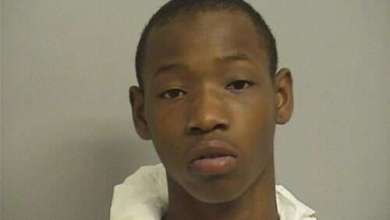