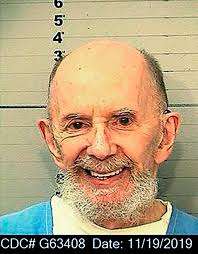 Phil Spector was at one time the most sought after music producer on the planet but when a woman would die at his home under suspicious circumstances everything would change.

On February 3, 2003 actress Lana Clarkson was shot in the mouth and would die slumped over in the chair she was sitting in. At first the violent death was thought to be an accidental suicide however something was not quite right with the scene.

One of the first issues to come up was during the 911 call Phil Spector driver was speaking to the operator where in the background of the call Spector voice could be heard saying “I think I killed someone”. The driver would later testify he saw Spector leaving the home with a gun in his hand.

It would take years before Phil Spector was charged and it was not until 2007 that he would go to trial. That first murder trial would end with a hung jury with two jurors refusing to convict him.

In 2008 Phil Spector would go on trial again for second degree murder. This time the jury would convict Spector of the murder and guilty of using a weapon in the commission of a crime. Spector would be sentenced to eighteen years to life in prison.

US music producer Phil Spector has died at the age of 81, while serving a prison sentence for murder.

Spector, who transformed pop with his “wall of sound” recordings, worked with the Beatles, the Righteous Brothers and Ike and Tina Turner.

In 2009, he was convicted of the 2003 murder of Hollywood actress Lana Clarkson.

His death was confirmed by the California Department of Corrections and Rehabilitation.

“California Health Care Facility inmate Phillip Spector was pronounced deceased of natural causes at 6:35 p.m. on Saturday, January 16, 2021, at an outside hospital. His official cause of death will be determined by the medical examiner in the San Joaquin County Sheriff’s Office,” it said.

Spector produced 20 top 40 hits between 1961 and 1965. His production methods influenced major artists including the Beach Boys and Bruce Springsteen.

His life was ultimately blighted by drug and alcohol addiction, and he all but retired from the music scene during the 1980s and 1990s.

In February 2003, actress Lana Clarkson was found dead at his house in Alhambra, California with a bullet wound to her head. Clarkson, who was known for her work in the sword-and-sorcery genre and starred in films including Barbarian Queen, had met Spector hours earlier at a nightclub.

Spector claimed the shooting happened when Clarkson “kissed the gun” – but his trial heard from four women who claimed Spector had threatened them with guns in the past when they had spurned his advances.

Following an initial mistrial, Spector was convicted of second degree murder and given a sentence of 19 years to life.

Harvey Phillip Spector was born in New York in 1939, to Russian-Jewish parents. His father killed himself when Spector was a boy, and his mother moved her family to Los Angeles.

He began his career in his teens as a performer, forming a band – the Teddy Bears – with three high school friends. They had a hit single in 1958 with a song that took its title from the wording on his father’s gravestone: “To know him is to love him.”

The record went to number one on the Billboard Hot 100, but the group split the following year.

Spector founded his own record label, Philles, in 1961. He produced high-profile 1960s girl groups such as Crystals and the Ronettes, including on 1963 hits Be My Baby and Baby I Love You.

He also worked on The Righteous Brothers’ hits You’ve Lost That Lovin’ Feelin’ and Unchained Melody.

His signature production technique, the “Wall of Sound,” involved layering several instruments, including strings, woodwind and brass, to give a lush, orchestral sound.

In the early 1970s, Spector collaborated with The Beatles on their final album Let It Be, as well as producing John Lennon’s solo album Imagine.

As the decade progressed, the much-feted producer became reclusive and disturbing accounts of his behaviour became widespread. Spector is said to have held a gun to singer Leonard Cohen’s head during sessions for his album Death of a Ladies’ Man.

Ronettes lead singer Veronica “Ronnie” Bennett, who became Spector’s second wife and divorced him in 1974, wrote in her 1990 autobiography that he subjected her to years of horrific abuse. She said he had threatened to kill her and display her body in a glass-topped coffin he kept in her basement.

“I can only say that when I left in the early ’70s, I knew that if I didn’t leave at that time, I was going to die there,” Ronnie wrote of the time.

Writing on Instagram after her ex-husband’s death, Ronnie Spector said he had been “a brilliant producer but a lousy husband”.

“Meeting him and falling in love was like a fairytale,” she continued. “The magical music we were able to make together was inspired by our love. I loved him madly, and gave my heart and soul to him.

“Unfortunately Phil was not able to live and function outside of the recording studio. Darkness set in, many lives were damaged.”

Singer Darlene Love, who sang on several songs Spector produced, said he “changed the sound of rock ‘n’ roll” but likened their relationship to “a bad marriage”.

“The problem I have with Phil is that he wanted to control Darlene Love’s talent,” she told Variety. “If he couldn’t do that, he was going to do everything in his power to keep my talent from shining.”

“I would say I’m probably relatively insane, to an extent,” he told the paper, adding that he had “devils inside that fight me”.

Responding to news of the producer’s death, Blondie guitarist Chris Stein tweeted: “When we went to Phil Spector’s house in the 70s he came to the door holding a bottle of diet Manischewitz wine in one hand and a presumably loaded 45 automatic in the other. Long story.

“I thought he was nuts.”