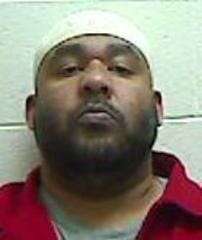 The State’s evidence tended to show that on the evening of 14 January 1999, Jerry Bland and Hardison visited Creech at his trailer in Selma, North Carolina.   When the men arrived, they saw a black man wearing a hooded jacket exiting the trailer.   Less than an hour later, the same man returned to the trailer, went with Creech into the master bedroom, and again departed.   Sometime later, someone knocked on the trailer door;  in response, Creech went outside and returned with a small bag of cocaine.   Bland and Creech used syringes to inject the cocaine while Hardison “snorted some.”

Inside Creech’s trailer that night there was an old 12-gauge shotgun in the corner of the living room and a .44 magnum pistol lying on the back of the couch.   At Creech’s request, Bland determined that the shotgun had no firing pin and was, therefore, inoperable.   These guns were later stolen by defendant and his accomplice.   At some point during the evening, Creech brought a black bag containing smaller freezer bags filled with marijuana into the living room to show Hardison and Bland.

A short time later, Bland went to the back bathroom to take a shower.   While Bland was in the bathroom, someone knocked on the front door of the trailer and called out a name.   Hardison testified that when Creech opened the door, defendant, holding a rifle, and another man barged into the trailer and began shouting, wanting to know where the marijuana was located.   Defendant pulled back the bolt on the rifle and shot Creech twice.   Upon seeing defendant shoot Creech, Hardison turned to flee toward the back of the trailer.   After Hardison moved two or three feet, defendant shot him in the back.   The shot knocked Hardison down, and he lost feeling in his leg;  Hardison then “just laid there” silently, “reckon[ing] they figured I was dead too.”   Hardison heard the second man ask defendant, “Why did you shoot him?”   Defendant indicated that they should quickly attempt to locate the marijuana, as Creech’s neighbors likely heard the gunshots.   Hardison heard the men rummaging through the trailer, opening cabinet doors, and running around.   At one point, one of the men went through Hardison’s pockets while Hardison lay on the floor, though they did not locate any money.

Bland was in the bathroom when the incident began.   He heard a knock on the front door, then heard the door slam open and a man screaming, “Where’s the weed?   Where’s the money?” several times.   Upon hearing the gunshots, Bland lay down in the bathtub and pulled the shower curtain closed.   Bland heard the men ransacking the trailer, then, when everything was quiet, heard Hardison yell, “Jerry [Bland], I’ve been shot.   Come help me.   I’ve been shot.   I think I’m dying.”   Bland went to Hardison’s aid and found him standing at the bar, holding his abdomen, from which his intestines were protruding.   Bland saw Creech, curled up on his side against the wall, not moving and with a lot of blood around his chest.   Bland determined that Creech did not have a pulse, then called 911.   Pursuant to the 911 operator’s request, Bland moved Creech’s body flat on the floor and began performing CPR. While Bland was performing mouth-to-mouth resuscitation, “massive bubbles” began coming out of Creech’s chest.   Shortly after Bland began performing CPR, officers and paramedics arrived at the scene and determined that Creech was dead.

Agents investigating the crime scene discovered a large black plastic bag under a pile of clothes in the master bedroom.   Inside this large bag were numerous smaller bags containing a total of approximately three and one half pounds of marijuana.   Investigators also discovered that one of the bullets that killed Creech subsequently went through the front wall of the trailer and struck a car in the front yard.   The bullet that injured Hardison subsequently traveled down the hallway before going through a dresser and a wall, crossing an open field, and lodging in the opposite wall of a barn.   Spent .30-caliber bullet casings were found beside Creech’s body, below the hole in the front wall, and on the sofa.   A firearms expert determined that the bullet found in the barn, the lead fragments taken from Creech’s body, and the three fired cartridges found in the trailer were consistent in caliber, design, and manufacture.   Furthermore, the bullet found in the barn and the bullet fragments recovered from Creech’s body were fired from the same weapon.   Likewise, the fired cartridges were all fired from the same weapon.   The expert further opined that the casings and the bullets could have been fired from the same weapon.

On 25 January 1999 investigators showed Hardison a photographic array of suspects.   Hardison conclusively picked defendant out of the lineup as one of the perpetrators and was “ninety percent sure” that defendant was the man with the gun.   On 17 January 1999 Frazier told investigators, among other things, that he was the black man that Hardison and Bland had seen on two occasions at the trailer on the night of the murder.   As a result of the interview with Frazier, arrest warrants were issued for defendant and Freeman.   Defendant was arrested on 18 January 1999 after being seen driving his girlfriend’s car.   A search of the car revealed a pair of defendant’s blue jeans with a bloodstain on the knee.   Later DNA testing showed that it was Creech’s blood on the blue jeans.

At sentencing defendant presented testimony from numerous witnesses, including testimony from Agent Greg Tart of the State Bureau of Investigation that defendant admitted in an interview on 18 January 1999 that he went to Creech’s house with Frazier and Freeman at Frazier’s suggestion.   According to defendant’s statement, read in open court by Agent Tart, Freeman shot Creech and Hardison, then stole the pistol and shotgun from the trailer.