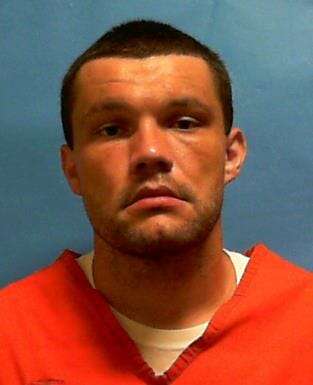 They were given an unpleasant task. And so after three days of testimony from psychologists, police and a tearful father who admitted he worked too much and wasn’t there enough for his wayward son, a 12-person jury Friday decided Randall Deviney should die.

Deviney was 18 when in 2008 he killed 65-year-old Delores Futrell, a neighbor who cared for him like he was her own. Deviney took a fillet knife and cut Futrell’s throat from ear to ear. He then reached inside her throat and strangled the woman who used to bake cookies for him, pick him up at school and give him odd jobs so he could earn money.

Futrell put up a fight and dug her nails into Deviney’s skin, giving police the key DNA evidence they needed. That sample was the only DNA to be found. Deviney was arrested 25 days after killing Futrell.

The hearing in Jacksonville this week was the third time a jury decided Deviney should be put to death. It will likely be the last.

In 2010 Deviney was convicted of murdering Futrell. Ten of the 12 jurors recommended that a judge sentence Deviney to death. Following that trial, Futrell’s sister Debra Wright told The Florida Times-Union how relieved she was that family could finally stop seeing the person responsible for killing Futrell.

“Even though it’s been two years, it still rips a hole in us every time we have to go through this. We are glad this is over and now we can start thinking about the happy times,” Wright said at the time.

But it wasn’t over. In fact, it was far from being over. In 2013 the Florida Supreme Court threw out the conviction because of police misconduct. Then in 2015 there was a second trial. A jury in this case voted 8-4 to recommend to a judge that Deviney be sentenced to death. He was.

Then Florida’s death penalty system was challenged and the U.S. Supreme Court ruled it unconstitutional in 2016. Hundreds of cases, such as Deviney’s, from 2002 on are being sent back for what are called re-sentencing hearings. Now, juries decide and not a judge and the decision must be unanimous.

It took the jury 5½ hours to reach its unanimous decision Friday.

De la Rionda moved the family to tears during his closing statements. After the verdict, he stood hand-in-hand with the family and Lysa Telzer of the Justice Coalition and led them in prayer.

“She was a fighter and that is what we need to remember,” de la Rionda said. ’Thank God for that.”

Absent from the courtroom aside from the moments when they were called on to testify were Deviney’s parents, Nancy Mullins and Michael Deviney.

Randall Deviney told two psychologists that he suffered sexual abuse at the hands of his mother and her drug-dealing boyfriend. He also said he was beaten routinely by both parents. The psychologists laid out a sad and difficult life that Deviney had growing up.

While the jury tended to agree that those mitigating factors were made clear in court this week, the jury did not find that the factors — there were 37 of them — were reasons enough to spare him the death penalty.

“I don’t know if there will ever be closure,” Wright said. “But I do feel better.”