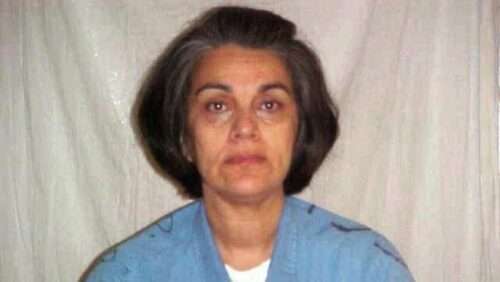 Socorro Caro was a woman who decided the best way of getting back at her estranged husband was to murder her three children. According to court documents Socorro was upset that her husband was preparing to leave her so she shot dead her three young children. Caro would then shoot herself in the head in a suicide attempt. Socorro has said that she has no memory of the night of the triple murders and considering she underwent two brain surgeries to fix the damage the bullet caused this is plausible. However the California jury did not think so and found her guilty on all three counts and sentenced her to death, she remains on California Death Row

The California Supreme Court decided unanimously Thursday to uphold the death sentence of a chronically depressed mother who killed three of her children before shooting herself in the head.

In a decision written by Justice Mariano-Florentino Cuellar, the state high court affirmed the death sentence of Socorro Caro for shooting to death Joey, 11, Michael, 8, and Christopher Caro, 5 at her Camarillo home. Her fourth child, who was 1, was unharmed.

At the time of the 1999 killings, Socorro, known as Cora to her friends, was having marital difficulties with her husband, Dr. Xavier Caro, a specialist in rheumatology. He had visited a divorce lawyer.

The couple shared margaritas and dinner on the night of the killings and then argued about disciplining one of their children. Socorro accused her husband of not loving or respecting her. Xavier told her he was leaving and went to his medical office.

Socorro was convicted of shooting the three boys a few hours later in their bedrooms before turning the gun on herself. She later underwent two brain surgeries.

Reports showed she had Prozac, an anti-depressant prescribed by her husband, and Xanax, a medication for anxiety, in her system. Socorro Caro blood alcohol level was 0.138, an amount a defense expert said would have caused her to stagger.

A clinical neurologist testified at her trial that Socorro Caro suffered from chronic depression, delusions of personal inadequacy, alcohol dependence and a dependent personality.

Socorro challenged her death sentence on a variety of grounds, including the admission of statements she made before being given a Miranda warning while in intensive care after brain surgery.

The court concluded that those statements to a detective were largely innocuous and “did not have high value in the overall evidentiary calculus.”

“Had these statements been omitted, moreover, it would have been unlikely to affect consideration of the case’s compelling forensic evidence,” Cuellar wrote. “Expert testimony about the bloody clothes Socorro was found wearing provided a wealth of incriminating information.”