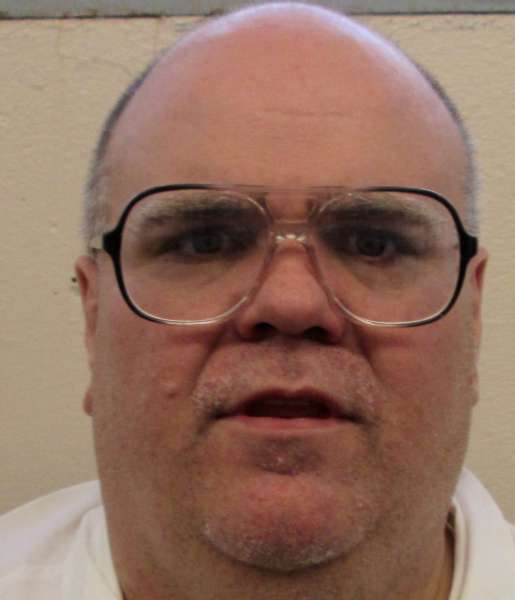 The evidence presented at trial tended to establish the following. Around 7:00 a.m. on August 5, 1999, Johnny Cobb arrived at his place of employment, Ferguson Enterprises in Pelham.   Cobb, the vice president of operations, recognized several other vehicles in the company’s parking lot as belonging to sales manager Scott Yancy and delivery truck drivers Lee Holdbrooks and Alan Miller.   As Cobb prepared to enter the building, he heard some loud noises and what sounded like someone screaming.   Cobb opened the front door and saw Alan Miller walking toward him.   Miller, who was armed with a pistol, pointed the pistol in the general direction of Cobb and stated, “I’m tired of people starting rumors on me.”   Cobb tried to get Miller to put the pistol down, but Miller told him to get out of his way.   Cobb ran out the front door and around the side of the building.   Miller then left the building, walked over to his personal truck, and drove away.

After Cobb heard Alan Miller drive away, he went back inside the building.   He saw Christopher Yancy on the floor in the sales office and Lee Holdbrooks on the floor in the hallway.   Both men were covered in blood and showed no signs of life.   They appeared to have been shot multiple times.   Cobb used his cellular telephone to summon the police, who were dispatched at 7:04 a.m. Minutes later, officers from the Pelham Police Department arrived to investigate the shooting.

After Cobb told the police officers what he had seen, the officers entered the building.   There, they found the body of Christopher Yancy slumped to the floor, underneath a desk in the sales office.   Lee Holdbrooks was lying face down in the hallway at the end of a bloody “crawl trail,” indicating that he had crawled 20-25 feet down the hall in an attempt to escape his assailant.   The officers secured the scene and waited for evidence technicians to arrive.   Cobb provided a description of Miller’s clothing and the truck he was driving.   This description was transmitted to police headquarters and sent out over the police radio by the police dispatcher.   Evidence technicians recovered nine .40-caliber shell casings from the scene.

While officers began investigating the crime scene at Ferguson Enterprises, Andy Adderhold was arriving for work at Post Airgas in Pelham.   Adderhold, the manager of the Pelham store, arrived shortly after 7:00 a.m. Adderhold entered the office and talked with Terry Jarvis, another employee, for a few minutes before continuing to another office.   At this point, Adderhold noticed Miller-a former employee of Post Airgas-enter the building.  Alan Miller walked toward the sales counter and called out to Jarvis:  “Hey, I hear you’ve been spreading rumors about me.”   As Jarvis walked out of his office and walked into the area behind the sales counter, he replied, “I have not.”   Miller fired several shots at Jarvis.   As Jarvis fell to the floor, Adderhold crouched behind the counter.   Miller then walked behind the counter and pointed the pistol at Adderhold’s face.   Adderhold begged for his life. Alan Miller paused, then pointed to a door, and told him to get out.   Adderhold stood up and, as he began to move toward the door, heard a sound from Jarvis.   When Adderhold paused and looked back at Jarvis, Miller repeated his order to “get out-right now.”   At this Adderhold left the sales area.   As Adderhold was leaving the building, he heard another gunshot.   Adderhold proceeded out of the back of the building, climbed over a fence to a neighboring building, where he used someone’s cellular telephone to summon the police.

The second emergency call came in to the Pelham Police Department at approximately 7:18 a.m. Upon arrival, officers entered the building housing Post Airgas and found Jarvis’s body on the floor behind the sales counter.   Jarvis had sustained several gunshot wounds to his chest and abdomen.   After securing the scene, officers recovered six .40-caliber spent shell casings from the floor of the sales area.   Adderhold was interviewed, and he recounted the events surrounding Jarvis’s murder.

After a description of Alan Miller and the vehicle he was driving was transmitted over the police radio, law-enforcement officers combed the area in search of Miller.   Pelham police sergeant Stuart Davidson and his partner were patrolling Interstate 65 near Alabaster when word of the second shooting was broadcast.   Upon hearing that Miller was still in the vicinity of Pelham, Davidson exited I-65 to head back to Pelham.   As Davidson turned back toward Pelham, he spotted a truck matching the description of Miller’s entering I-65 from Highway 31 in Alabaster.   Davidson radioed for backup and followed the truck south on I-65 into Chilton County.   Once additional officers were in place as backup, law-enforcement officers initiated a traffic stop of the truck.   Following the traffic stop, officers were able to positively identify the driver as Miller.   Miller was ordered to get out of the truck, and he was forcibly subdued and handcuffed after resisting efforts to place him in custody.   After placing Miller in the back of a patrol car, officers secured his truck.   Inside the truck, they found a Glock brand pistol lying on the driver’s seat.   The pistol contained 1 round in the chamber and 11 rounds in the magazine.   An empty Glock ammunition magazine was found on the passenger seat.   Miller was transported to the Pelham Police Department where he was charged with murder.

At trial, the State called various witnesses who testified concerning the events of August 5, 1999.   Evidence was also introduced regarding ballistics testing of the spent shell casings found at both murder sites;  the testing matched all of the shell casings to the .40-caliber Glock pistol found on Miller.   Dr. Stephen Pustilnik, a state medical examiner with the Alabama Department of Forensic Sciences, testified that the cause of death for all three victims was multiple gunshot wounds.   Lee Holdbrooks-whose body was found in the hallway-was shot six times in the head and chest;  although several of the wounds were nonfatal, one of the head wounds was fired at very close range and would have been immediately incapacitating and fatal.   Based on “blood splatter” analysis and the positioning of the body, Dr. Pustilnik concluded that Holdbrooks was turning his head and looking up when the fatal shot was fired.

Scott Yancy was shot three times;  one of the shots struck the aorta, which would have caused Yancy to “bleed out” within 15-20 minutes, while another wound would have caused paralysis.   At the time he was shot, Yancy was underneath a metal desk;  there was no indication that he ever moved from this position.

Terry Jarvis was shot five times;  one of the shots struck Jarvis’s liver and another his heart.   Jarvis had already fallen to the floor when he was shot in the heart.   Based on “blood splatter” analysis, Dr. Pustilnik concluded that Alan Miller was standing over Jarvis as he shot him in the heart.   Despite the nature of this wound, Jarvis could have lived anywhere from several minutes to 15 minutes after being shot.

Miller’s defense counsel rested without putting on any evidence.   After both sides had rested and the trial court instructed the jury on the law applicable to Miller’s case, the jury determined that the murders of Holdbrooks, Yancy, and Jarvis were committed pursuant to a common scheme or plan, and it convicted Miller of capital murder.