At trial, the State presented evidence tending to show that on the afternoon of 2 September 1995, when the temperature was approximately eighty-five degrees, Benjamin Becker, a security officer, discovered an automobile parked outside North Hills Mall in Raleigh, North Carolina, with the doors locked and windows up, and three small children inside.   Officer Becker was investigating the situation when defendant approached and started screaming and pointing his fingers in the officer’s face.   Without provocation, defendant pulled out an approximately four-inch knife and repeatedly lunged towards the unarmed officer.   Defendant eventually leaped back into his car and quickly drove away.   Officer Becker obtained the license plate number and reported the incident to the Raleigh Police Department.   Pursuant to a license plate check, Detective Paula O’Neal determined Jose Rosado of 39 Morehead Drive, West Johnston Mobile Home Park, in Johnston County, to be a suspect.   Jose Rosado was also wanted for the felony of false pretense and in an assault case.

On the morning of 11 September 1995, in response to a request from the Raleigh Police Department, two officers with the Johnston County Sheriff’s Department, Lieutenant Ronald Medlin and Deputy Paul West, went to a Johnston County mobile home park to verify the address of a man named Jose Rosado.   Upon the officers’ arrival at 39 Morehead Drive, West Johnston Mobile Home Park, Lieutenant Medlin knocked at the front door for several minutes, but no one responded.   A red Mustang convertible and a gray Dodge Ram pickup truck were parked outside.   Deputy Medlin asked the dispatcher, Phyllis Edwards, to run a license check on the Mustang, and the dispatcher responded that the automobile was registered to Jose Rosado.   Lieutenant Medlin then turned around and saw defendant, accompanied by a two- or three-year-old boy, standing outside the mobile home’s back door.   The officers asked defendant if he was Jose Rosado, and he informed the officers that Rosado was not there.   After being asked for identification, defendant handed Lieutenant Medlin a passport which contained defendant’s picture and indicated that he was Angel Guevara.   The officers believed that he was Rosado and that he was wanted on an outstanding arrest warrant in North Carolina for the felony of false pretense.   The officers further learned from the dispatcher that Rosado was also wanted in New York City under the name of Angel Guevara for the felony of reckless endangerment.

Lieutenant Medlin called for assistance and headed towards the door of the mobile home with his gun drawn.   He heard another shot and was knocked by the bullet onto the hood of a car which was parked nearby.   Lieutenant Medlin could see defendant inside the mobile home and could see Deputy West lying on the floor, his weapon still inside its holster.   Lieutenant Medlin, although severely injured, managed to make his way back to his marked sheriff’s car.   He heard another shot, then saw defendant come out of the mobile home, get into his truck and speed away.   Other officers and emergency personnel quickly arrived at the scene.   Defendant was arrested several days later in New York City. Lieutenant Medlin sustained three serious wounds to the right side of his chest and, as of the time of trial, had not been able to return to work.   An autopsy report indicated that Deputy West sustained a large, fatal bullet wound to the left side of his chest;  another gunshot wound to the left groin area;  multiple blunt-force injuries to his head;  and severe bruises on his head, neck, lower chest area and left shoulder. 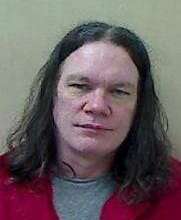 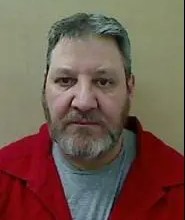 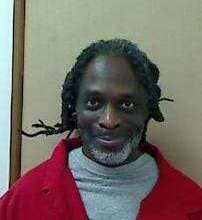 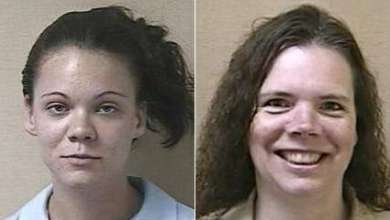