Cathy Lynn Sarinana and her husband Raul Sarinana are evil people who should have never been let around children. According to police documents Cathy Lynn Sarinana and her husband are responsible for two deaths, both young boys. The pair were suppose to be looking after a pair of nephews but one of the nephews would be murdered and a few months later his brother was beaten to death. The pair would be arrested and both would be sentenced to death.

RIVERSIDE, Cal. – In front of a tearful courtroom, two juries recommended the death penalty for Raul Ricardo Sarinana and his wife Cathy Lynn Sarinana for the brutal murder of their 11-year-old nephew Ricky Morales.

“I’m very happy with the verdict, very happy, they deserve it,” said the boysâ€™ mother, Rosa Sarinana outside the courtroom.

The couple lived with the boys for about a year in Randle, Washington, which is where authorities believe Conrad was killed.

“We have evidence the 13-year-old may have been tragically killed here in Lewis County,â€ said Lewis County Sheriff Steve Mansfield.

Both boys were abused and tortured. Blood was found all over the Corona home.

The boys’ mother says her brother asked if the boys could stay with them.

“My boys didn’t deserve that. They were good boys. They were very good boys,” Rosa Sarinana said.

Defense attorneys argued Raul had anger problems and that Cathy was also a victim of Raul’s abuse, but they did not convince the jurors.

Lewis County authorities say they were awaiting the outcome of the trial in Riverside County before deciding whether to prosecute the couple for the older boy’s murder.

The two young boys found dead at a Corona home this week may have been brothers, and authorities believe that at least one of the boys was beaten to death by his uncle, police said Wednesday.

Charges were filed against Raul Ricardo Sarinana and Cathy Lynn Sarinana on Wednesday in connection with the death of their 11-year-old nephew, Ricky Morales.

Detectives suspect that a second body found in the carport of their duplex was the boy’s missing 13-year-old brother, officials said. Relatives Wednesday identified the brother as Conrad Morales.

On Oct. 8, Cathy Sarinana had reported a 13-year-old runaway child to the Lewis County, Wash., Sheriff’s Department, officials said. She was living in a Winlock, Wash., trailer park at the time.

Police have requested dental records for the older boy, whom officials did not identify, and two Corona police investigators flew to Washington on Wednesday afternoon to continue their investigation.

Raul Sarinana had been taking care of the two boys for his older sister, Rosa Morales, after she was sent to prison, according to a relative from El Monte and police officials.

“They were good little boys who just wanted attention,” said the relative, who asked not to be identified because she said she feared retaliation from other family members. “We’re in shock. We’re trying to put it all together.”

The relative, who took care of the boys for almost a year, said they had been bouncing from relative to relative for at least five years. Morales also has two older daughters, who are being cared for by other relatives, she said.

The sisters were among about a dozen weeping relatives and friends of the boys who gathered at the La Puente home of another of the boys’ aunts late Wednesday, but were too emotional to speak. The family had set up a memorial to the boys consisting of candles and photographs depicting Conrad and Ricky as babies, and as young children in Halloween costumes.

The boys had grown up in La Puente and West Covina, relatives said.

Rosa’s sister Bertha Cevallos, 43, said Conrad had gone to live with the Sarinanas about a year and a half ago, and Ricky joined him about six months later. Their mother, Cevallos said, was concerned about them living in Southern California through their rebellious teenage years and thought they would be less likely to get into trouble in Washington state.

Raul Sarinana and his wife sent back reports saying the boys were doing well in school and were involved in numerous activities, the family said.

Some family members worried that Conrad and Ricky seemed unhappy, and that their phone calls had a rote, practiced tone as if they were reading from a script. But they chalked this up to shyness, and did not suspect they were in danger, said Martin Cevallos, 22, of Downey, cousin to Conrad and Ricky.

He said he knew Raul Sarinana from childhood, and called him a favorite uncle. “The thought never crossed my mind that he would hurt them.”

Once, a sister had requested that police make a welfare check on the boys in Washington, but never heard back, he said. The last time any of the relatives talked to Ricky was on Christmas, they said, when he told them that he missed his mother and wanted to come home.

Charges of murder and a special circumstance of inflicting torture have been filed against Raul Sarinana, 38, which could make him subject to the death penalty.

The prosecutor, John Aki, did not say whether the Riverside County district attorney’s office would seek the death penalty.

Charges of murder and felony child endangerment have been filed against Cathy Sarinana, 28. She could face 25 years to life in prison if convicted.

On Wednesday, the couple’s arraignment was postponed to Jan. 5 at a hearing in Riverside County Superior Court that lasted less than a minute. The pair are being held without bail at Robert Presley Detention Center in Riverside.

Charges have not been filed in connection with the second body; officials said the death may have occurred in Washington. The child protection agency in Lewis County confirmed that it had been asked to assist the investigation.

The cause of Ricky Morales’ death might be determined by an autopsy to be performed today; the second boy’s autopsy is scheduled Friday.

State birth records show that in addition to her two sons, Rosa Morales had two older daughters. All the children were born in Los Angeles County.

Relatives said Rosa Morales was devastated. “She is taking it bad,” said Martin Cevallos. “She is feeling really guilty.”

Police found Ricky’s battered body Monday at the Sarinanas’ Corona duplex in the 1100 block of Belle Avenue after Raul Sarinana called police and said he had hurt his nephew and that he might be dead. Ricky had suffered blunt trauma injuries, though officials declined to say what caused them.

The Sarinanas’ children, a 2-year-old girl and a 13-month-old boy, were taken into protective custody.

A relative tipped off police later that day that there had been another boy living with the Sarinanas, said Corona police Sgt. Jerry Rodriguez. Police contacted the Lewis County Sheriff’s Department on Tuesday and returned to the residential neighborhood to search again.

The Sarinanas have ived in the rented front unit of a duplex since mid-October, police said. Raul Sarinana said he was a self-employed handyman, and Cathy Sarinana said she was unemployed, Rodriguez said.

Rosa Morales had recently completed parole, Rodriguez said. Police have not reached Ricky’s father, who is thought to be in Mexico, police said.

Neighbors said the Sarinanas kept to themselves except for the occasional yard sale, though several children said they had noticed bruises on Ricky’s face and arms.

Corona police had been called to the duplex once, but did not disclose the circumstances.

The family has set up a memorial fund in care of Bank of America in Alhambra, the Fund for Conrad and Ricky Morales.

Why Is Cathy Lynn Sarinana On Death Row

Cathy Lynn Sarinana was convicted of the murders of 2 children 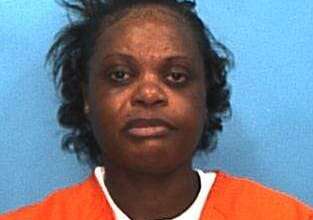 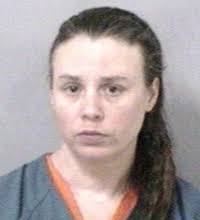 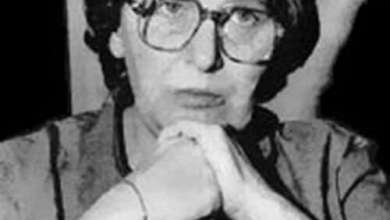 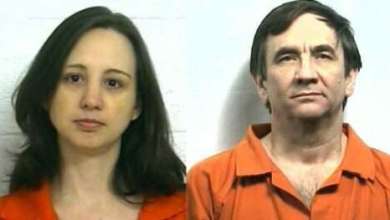