Just after 3 a.m. on May 15, 1990, a newspaper deliveryman in Mulberry, Florida, reported that he had seen a burst of flame on the horizon. When the authorities arrived they found the home of Clarence and Barbara Knowles engulfed in flame. After the fire had been extinguished, the police entered the house and found the bodies of Clarence and Barbara Knowles along with the body of their twenty-year-old daughter, Bonnie. A medical examiner determined that the Knowles family had died not from the fire but from massive bleeding resulting from multiple stab wounds. Bonnie Knowles’ throat had been cut. An investigator also determined that the fire was the result of arson, that the phone line to the house had been cut, and that Bonnie Knowles’ brown Toyota was missing.

At 6:30 a.m. on the morning after the fire, a construction worker noticed a brown Toyota in a ditch on the side of the road near his job site about one-half mile from the Knowles residence. A few minutes later, the worker saw a homemade wrecker — which he later identified as belonging to Pittman — pull up to the Toyota and, shortly thereafter, a cloud of smoke arose from the vehicle. Another witness who lived near the construction site saw a man running away from the burning car. She identified Pittman from a photo array as the man she saw that morning.

Pittman knew the Knowles well. At the time of the murders, another of the Knowles’ daughters, Marie, was going through a contentious divorce with Pittman. During the process, Pittman had made several threats against Marie and her family. Adding to the strain, Pittman had recently discovered that Bonnie Knowles was attempting to press criminal charges against him for an alleged rape that had occurred five years earlier.

Carl Hughes, a jailhouse informant, testified that Pittman had confessed to him that he committed the murders. As Pittman told it, he went to the Knowles’ house intending to speak with Bonnie Knowles. She let Pittman in and they talked, but when Bonnie resisted his sexual advances, he killed her in order to stop her cries for help. Pittman then murdered Bonnie’s mother, Barbara Knowles, in the hallway outside Bonnie’s bedroom and then killed Clarence Knowles as the father tried to use the phone to call for help. Hughes said that Pittman also admitted to burning down the house and stealing the Toyota before setting it aflame. Pittman I, 646 So. 2d at 168.

David Pittman was charged with the murders of Clarence, Barbara, and Bonnie Knowles, grand theft, burglary, and arson. He was represented by Robert Norgard and Robert Trogolo of the public defender’s office and proceeded to trial. As relevant here, midway through the state’s case in chief, defense counsel brought to the trial court’s attention a letter that had been sent to the prosecutor on the case. In the letter, a prisoner named George Hodges claimed that his stepson, Jessie Watson, sent him a letter — which Hodges had since destroyed — in which Watson confessed to murdering three people in a house in Mulberry along with his cousin, Aaron Gibbons. At the time of Pittman’s trial, Hodges was on death row for the murder of a convenience store clerk in Plant City, Florida. Watson had initially served as an alibi witness for Hodges, but at trial he changed his story and became a key witness for the prosecution. Watson testified that not only was Hodges lying about the alibi, Hodges had also confessed to Watson that Hodges had committed the murder. Notably, Hodges explained that he destroyed the letter on the advice of another inmate because he thought it was just a joke and it would only cause him trouble.

At the time defense counsel raised the Hodges issue, Marie Pridgeon — Pittman’s ex-wife and a potential alternative perpetrator under the defense’s theory of the case — was on the stand. Defense counsel asked for time to investigate the allegations in the letter before moving forward with the cross examination so the defense would not be put in the position of presenting inconsistent defense theories were the investigation to reveal evidence to substantiate Watson’s involvement. The court, the prosecutor, and defense counsel all agreed that the best course of action was to put off further examination of Pridgeon until the following Monday in order to give investigators from the public defender’s office time to follow up on any leads and allow the attorneys to participate in the investigation over the weekend.

When defense counsel reported back to the court, the defense had identified both Watson and Gibbons and confirmed they used crack cocaine together and lived less than a mile from where witnesses had seen the wrecker at issue in the case. Gibbons’s grandmother, who Gibbons was known to stay with, lived near the site of the murders. From pictures of Gibbons, defense counsel learned that he had very bad acne, which aligned with a witness description of the man running away from Bonnie’s burning car. Defense counsel also discovered that Gibbons knew Bonnie Knowles and there were rumors that he had dated her and used to sneak into her bedroom at night to see her. Gibbons reported that he was at home on the night of the murder, but had no independent verification of his alibi. Defense counsel asked the court to give them until Wednesday, April 10 to follow up on these leads and for the court to have the state transport Michael Bedford, another inmate who claimed to have seen the letter from Watson, so that he could be questioned. Again, the court granted the defendant’s requests.

When they returned on Wednesday, defense counsel reported that they had uncovered additional information that undercut Gibbons’s credibility. Gibbons had denied being involved in a burglary with Hodges and Watson when interviewed by the police, but at his later deposition he admitted that this was a lie. Gibbons also admitted to being involved in the theft of a boat motor after which he burned the boat to cover any fingerprints. Bedford had also confirmed Hodges’s story about the letter. Based on these additional pieces of information, the defendant asked for and was granted a further continuance until Friday, April 12.

On Monday, April 15, the court heard arguments on whether to allow Hodges to testify as to the content of the now-destroyed letter from Watson. The state argued that Hodges’s testimony about the contents of the letter was hearsay which did not fall under any exception and that the testimony had insufficient indicia of trustworthiness and reliability. In addition to the inherent shakiness of the defense evidence, the prosecution pointed to Watson’s unequivocal denial that he had written the letter and evidence that Watson had been at work at 7 a.m. on the morning after the murder, when there was testimony that the car was burned some distance away at 6:40 a.m.

The defendant, in turn, argued that Chambers v. Mississippi, 410 U.S. 284, 302 (1973), required allowing the testimony notwithstanding any Florida evidentiary rule to the contrary because the information they had found in their investigation sufficiently corroborated the letter so that Hodges should be able to testify about its contents. Ultimately, the trial court excluded Hodges’ testimony. The trial court read Chambers as prohibiting the exclusion of critical defense evidence only when there was “considerable assurance of [the evidence’s] reliability.” And because the court found that the evidence lacked this sort of corroboration or any other indicia of trustworthiness, the testimony was inadmissible.

After the close of the evidence, the jury returned a verdict of guilty as to each of the three counts of first-degree murder, two counts of arson, and one count of grand theft. The trial court then moved straight into the penalty phase. 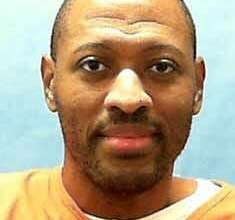 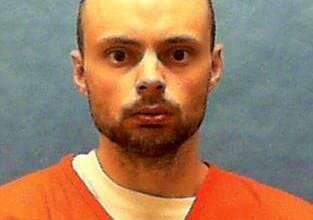 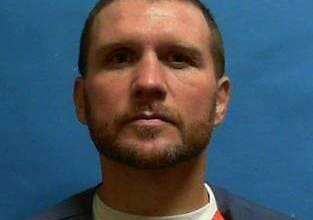 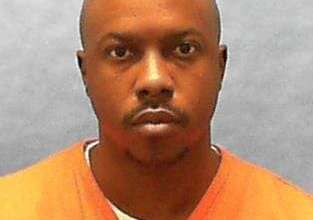