A day after Edgardo Cubas was convicted of capital murder in the rape and killing of a 15-year-old girl, prosecutors revealed evidence today that he took part in a broader series of crimes, including several additional slayings in Houston’s East End two years ago.

While the trial has been limited thus far to evidence in Alvarado’s killing, the penalty phase will include other crimes, such as the shooting deaths of East End waitresses Roxana Aracelie Capulin, 24, and Maria Moreno Rangel, 38, on May 31, 2002.

Cubas is one of three men accused in a series of attacks that terrorized the largely Hispanic neighborhood. Walter Alexander Sorto, 26, was sentenced to death in November for helping to kill the waitresses.

Houston police detective Jesus Sosa testified Monday that Cubas talked about participating in the killing of Juan Jose Lugo on Dec. 8, 2001, at 2200 Telephone Road. Cubas also talked detective about his role in the killing of Capulin and Rangel, court records show.

Jurors watched videotaped statements of Cubas talking about the killings.

On Monday, Cubas wiped tears from his eyes after jurors convicted him of capital murder for killing Alvarado.

Cubas’ stepmother, Josefina Cubas, sobbed outside the courtroom after Monday’s verdict and blamed Sorto for being a bad influence on her son.

“Walter Sorto messed everything up,” she said. “My son was a good son … a beautiful, normal son.”

A group of Alvarado’s relatives attended the trial but declined to comment after the verdict.

Alvarado was last seen alive leaving her boyfriend’s home to make a phone call at a convenience store on Canal near Lenox.

Cubas told police he and Sorto saw Alvarado at a pay phone and abducted her, shoving her into the back seat of their vehicle and pulling a wool cap over her face.

Much of the trial focused on videotaped statements in which Cubas told detectives after his arrest that he had raped Alvarado. He also demonstrated for detectives how he bent the girl over and shot her in the head in an industrial area near 18000 Market.

As a native of Honduras who came to Houston in 1999, Cubas did not understand the U.S. legal system, the attorneys said.

They also pointed to gaps in time when Cubas was in the detectives’ interview room but the video recorder was not on.

“What did they do to get Mr. Cubas to say what they wanted him to say?” Northcutt asked jurors. “You don’t know because they don’t want you to know.”

But prosecutors said police told Cubas about his right to remain silent several times. He initialed statements indicating that he understood his rights.

“You’ve heard no evidence that any of these officers mistreated him, punched him or did anything wrong,” said Assistant District Attorney Troy Cotton.

Jurors did not see the interview in which Houston police Sgt. C.T. Mosqueda told Cubas: “We’re not, not, not going to bring charges. We just want to know to clarify,” according to transcripts of the interview.

Cubas and his attorneys decided not to call Mosqueda to testify because that might have opened the door for prosecutors to discuss other crimes of which Cubas was accused, including the killings of the waitresses

Evidence about Mosqueda’s interview and the waitresses’ deaths probably will be presented during the penalty phase this week.

The third man accused of the East End crime spree, Eduardo Navarro, 17, awaits trial on a capital murder charge. He has been certified for trial as an adult but cannot receive the death penalty because he was a minor when the crime took place. 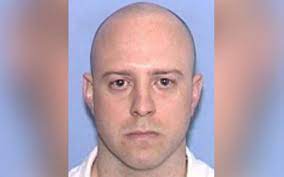