Jury selection in state death penalty cases usually begin with a jury “papering” process in which hundreds of jurors are summoned to the courthouse to fill out an extensive questionnaire. The papering process in Valdez’s trial began in October.

A second jury pool is then selected based on the questionnaire, and prospective jurors are called into court one by one to answer another round of questions by defense attorneys, prosecutors and the judge presiding over the case.

El Paso County sheriff’s deputies arrested Valdez, whose nickname is “Filo” and an allegedly a member of the Barrio Azteca gang, in connection with Tucker’s death at a strip club, Sal’s Lounge, in the 11400 block of Gateway East near Horizon City. Three other people — Louis Michael Capano, Santiago De Leon Jr. and Priscilla Chavez — also were arrested in connection with Tucker’s death.

Deputies alleged two men entered the strip club before 3 a.m. Thanksgiving Day wearing black ski masks, black clothes and gloves and carrying handguns. They fired several shots and attempted to rob the club’s employees. When Tucker charged at the men with a bar stool, one of the men shot Tucker in the neck. 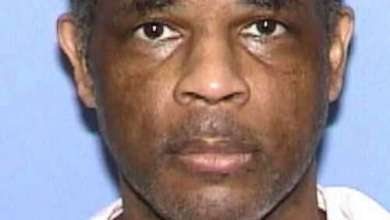