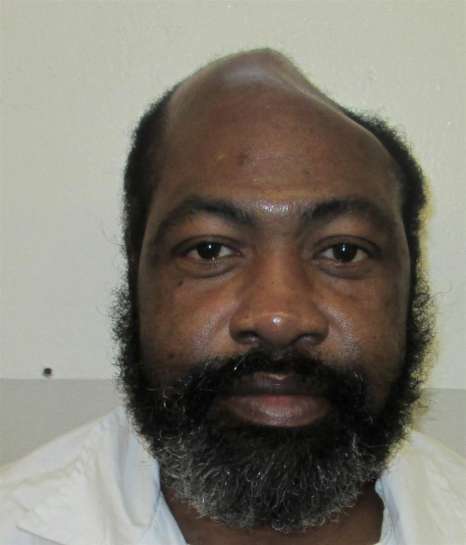 The State’s evidence tended to show that on May 8, 1998, John Calhoun entered L.P.’s1 and Tracy Phillips’s home in Talledega and shot and killed Tracy Phillips. L.P. testified that on the evening of May 8 her neighbor telephoned her to tell her that there was a man looking in the windows of her house. L.P. told her husband, Tracy, and Tracy went to check outside. When Tracy returned to the house Calhoun, who was wearing a stocking mask over his face, was following behind him with a gun. L.P. said that she knew that the man in the mask was Calhoun because he had been to their house that day and she had also seen him when she had been posting signs earlier that day for a yard sale she was having. L.P. said that she ran upstairs to one of the bedrooms to hide her daughter and her daughter’s friend and locked the bedroom door behind her. Moments later, she said, Tracy yelled from behind the door that Calhoun had a gun to his head and that if she did not open the door John Calhoun would kill him. She complied and Calhoun entered the bedroom.

Tracy pleaded for their lives and offered him money and jewelry. Calhoun declined and told L.P. to take off her clothes, get on the bed, and spread her legs. L.P. complied. Calhoun pushed Tracy’s head between his wife’s legs, held the gun to the back of Tracy’s head, and pulled the trigger. The coroner testified that Tracy died of a gunshot wound to the back of his head, which severed his brain stem.

After shooting Tracy, Calhoun dragged L.P. downstairs, where he raped, sodomized, and beat her. She said that at one point she struggled with Calhoun for the gun, he became enraged, and he pointed the gun at her and pulled the trigger, but the gun did not fire. Calhoun then raped her again and told her to get any money that she had upstairs. She refused to go back upstairs because her husband’s body was there, but she told Calhoun that she had jewelry in a downstairs bathroom. L.P. gave him some jewelry, he threw some of it down, and he left. L.P. then telephoned emergency 911.

A person matching Calhoun’s description was seen fleeing the murder scene. Neighbors also saw Calhoun’s car near the murder scene. One neighbor telephoned emergency 911. Police issued a “BOLO” for Calhoun’s vehicle. After police were unsuccessful in locating Calhoun’s vehicle, Charles Hedrick, a sheriff in the Talladega County Sheriff’s Department, went to the area where Calhoun’s mother lived and found Calhoun’s vehicle hidden in some bushes. The next morning police returned to the area and conducted an extensive search. Officer Wren Cooley of the Talladega Police Department spotted Calhoun in the area, pursued him on foot, but lost him. At one residence police obtained consent to search the homeowner’s house and discovered Calhoun hiding under a bed.