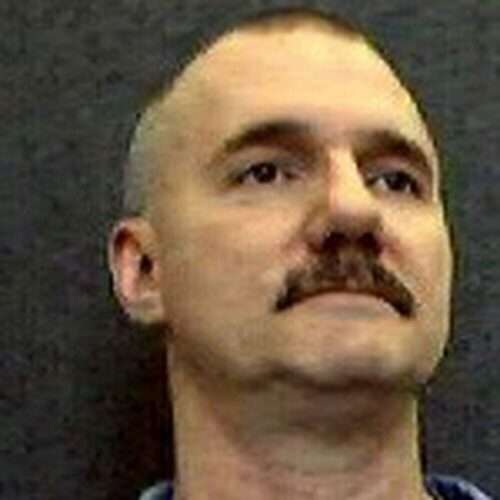 Michael McDonnell was serving a 10-year sentence for perjury and theft when he walked away from the Oregon State Penitentiary farm on November 21, 1984. While an escapee McDonnell encountered and stabbed Joey B Keever, 22, of Roseburg 42 times in her pickup truck near Yoncalla on December 22, 1984. Keever’s throat was cut and she was dumped near U.S. 99.

Defendant previously had been committed to the Oregon State Penitentiary and was received there on May 16, 1984. He was assigned to the Farm Annex on November 9 and escaped from custody on November 21. He was still an escapee on the day he killed Keever.

In 1986, the trial court set aside the indictment against defendant, concluding that ORS 163.095(2)(f) violated Article I, sections 16 and 20, of the Oregon Constitution, and the Eighth Amendment to the Constitution of the United States, because it imposed an unconstitutional sentence. The Court of Appeals reversed and remanded the case for trial, concluding that “[t]he fact that a sentencing statute authorizes imposition of an arguably unconstitutional sentence does not mean that the statute defining the crime violates any of the * * * constitutional provisions [cited by the trial court].” State v. McDonnell, 84 Or.App. 278, 281, 733 P.2d 935, rev. den. 303 Or. 455, 737 P.2d 1249 (1987).

At his trial in 1988, defendant stipulated that he caused Keever’s death by cutting her with a knife. His defense was that he did so while in a drug-induced psychosis and that, while he was in that condition, he was unable to form the intent necessary to commit the crime of aggravated murder and that, therefore, he was guilty only of the crime of manslaughter.

Martin and Jennifer Thompson testified for the state that on December 22, 1984, they were driving to a livestock auction. They stopped to observe a pickup at the railroad tracks on Boswell Springs Road near Drain. They thought that the pickup had been in an accident because it was parked against the tracks. Martin Thompson left his car to investigate and saw defendant with a knife in his hand and blood on himself. Defendant told Thompson “to get the hell out of there.” As Thompson returned to his car to get a gun, defendant threw Keever out of the pickup, *944 slashed at her with the knife, and drove off at high speed.

Keever got up and ran toward the Thompsons. Her throat had been cut. The Thompsons placed Keever in their car and drove her to the Drain fire station, where a volunteer ambulance crew commenced life-saving measures. Keever was dead on arrival at the Douglas Community Hospital.

The cause of death was loss of blood, primarily due to the severing of Keever’s neck vessels. Dr. Roos, who performed the autopsy, found 40 knife wounds on Keever’s body, including multiple wounds to the chin, neck, hands, chest, and abdomen. Keever had eight stab wounds on her right hand and 13 on her left. Roos characterized them as “defense” wounds, which he described as occurring “where someone is grabbing for something and then it’s pulled away and then it just slices through, here, there, everywhere.” On the day after Keever’s death, Deputy Sheriff Cannaday arrested defendant. At the time, defendant had scratches on his face and some cuts on the back of his right index and middle fingers. A criminalist testified for the state that he would not consider these cuts to be “defensive wounds,” because the wounds were on the backs of defendant’s fingers. Samples of head hair, fingernails, and blood were taken from defendant. His hair matched strands of head hair found intertwined in the fingers of each of Keever’s hands. Blood found on the back of defendant’s pants matched Keever’s blood.

After a jury trial, defendant was found guilty of aggravated murder. In a separate sentencing hearing, the jury answered in the affirmative the three questions then posed by former ORS 163.150(1)(b). See post, at 958. The trial court then entered an “order” sentencing defendant to death. ORS 163.150(5). Later, pursuant to leave granted by this court, State v. McDonnell, 306 Or. 579, 761 P.2d 921 (1988), the trial court entered a judgment of conviction and sentence of death.