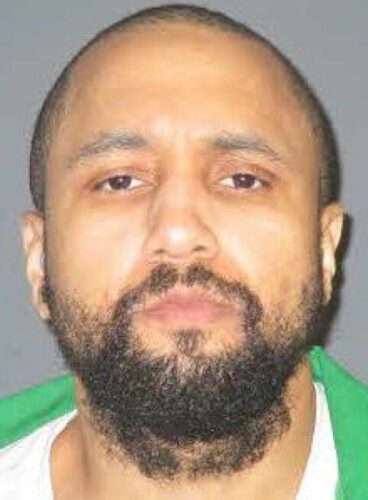 man who murdered an off-duty Orangeburg officer in 2004 has run out of appeals, according to a federal judge’s order.

U.S. District Judge Timothy M. Cain denied Mahdi’s petition for post-conviction relief on Monday. Also, if Mahdi wants to try to get his death sentence reversed, he’ll have to ask the court for permission to appeal.

“He’s certainly the most dangerous because of his intelligence. He places no value on human life and his history of violence speaks for itself and look what has happened since his death sentence and what he’s done,” Pascoe added.

Two months before his crime spree, Mahdi was released from a Virginia prison where he had been serving a sentence for a 1998 assault. Authorities present at his 1998 arrest testified that the then-15-year-old Mahdi pledged, “I’m going to kill a cop before I die.”

The spree began with Mahdi robbing a Winston-Salem, N.C. store of money and beer. He killed the 29-year-old clerk, Christopher Boggs.

The morning of July 18, Mahdi carjacked a Ford Expedition from a driver in Columbia.

He then drove to Calhoun County, where he shot Myers nine times.

Mahdi fled in Myers’ unmarked police truck, which was loaded with guns, ammunition and body armor.

A manhunt for Mahdi spanned much of the Southeast and ended three days later with his arrest in Satellite Beach, Florida, about 20 miles south of Cape Canaveral.

Federal court records state that Mahdi got out of the truck, pointed a high-powered rifle at officers, then dropped the weapon and tried to run. Twenty minutes later, officers captured him.

Mahdi pleaded guilty to Myer’s death in 2006, just before his trial began.

In a 2009 opinion, then-S.C. Chief Supreme Court Justice Jean Toal wrote, “In my time on this court, I have seen few cases where the extraordinary penalty of death was so deserved.”