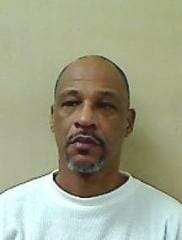 At approximately 10:00 p.m. on 28 January 2001, defendant left the residence of Clifford McLaughlin in Vass, North Carolina, where he had been visiting with McLaughlin and John Bandy.   At that time, neither McLaughlin nor Bandy observed defendant carrying any specific items of personal property with him.   Defendant then traveled to the home of the victim, Alice Mae McLeod McCrimmon.   Ms. McCrimmon was a seventy-seven year old widow living in a mobile home without reliable heating.   She was a woman of modest means, carefully saving coins for “wash money” in a purple Crown Royal bag.

Defendant broke a window to Ms. McCrimmon’s home, entered her dwelling, and proceeded to rape, beat, and strangle her until she died.   During the struggle, she lost control of her bowels, leaving feces on the electric blanket later found on her bed.   Defendant’s beating of Ms. McCrimmon left numerous blood spatters on the headboard and the walls of her bedroom.   Additionally, defendant’s beating knocked at least one of Ms. McCrimmon’s teeth out of her mouth, and this tooth was later found imbedded in her back.   Defendant left two used condoms on the floor and smoked a cigarette, leaving the unfinished butt at the crime scene.

On 9 February 2001, Ms. McCrimmon’s grandson became concerned because no one had heard from Ms. McCrimmon for days.   He traveled to her mobile home to find a window broken, the inside of the mobile home in disarray, and the back door open.   He entered through the back door, using his flashlight to look around.   When he approached Ms. McCrimmon’s bedroom, he found her lying on the floor beside her bed.   Ms. McCrimmon’s body was completely nude and her left leg was bent underneath the rest of her body.   He immediately called law enforcement.

Additionally, Ms. McCrimmon’s 1989 Ford pick-up truck was missing from her residence.   Michelle McGarrah testified she observed a man moving the truck near a Housing Authority building in Southern Pines on or about 9 February 2001.   While McGarrah initially testified that she identified defendant from a police photographic lineup on 9 February 2001, she later testified she could not make an in-court identification of defendant as the man she observed in the truck.

Defendant was eventually arrested, and on 12 March 2001 a Moore County grand jury returned true bills of indictment against him for murder, first-degree rape, first-degree burglary, two counts of felonious possession of stolen goods, and felonious larceny.

Chief Medical Examiner John D. Butts, M.D., testified for the State concerning his findings and the results of an autopsy performed on Ms. McCrimmon.   He detailed injuries to Ms. McCrimmon, including blunt force trauma to her face, legs, and genital area.   In Dr. Butts’s opinion, the autopsy findings were consistent with the perpetrator beating, raping, and strangling Ms. McCrimmon until she died.   Dr. Butts also testified he was unable to determine an exact time of death.

Special Agent Christopher Parker of the North Carolina State Bureau of Investigation conducted deoxyribonucleic acid (DNA) testing, comparing samples from swabs from the condoms, bloodstains, and cigarette butt discovered at the crime scene with known DNA samples from Ms. McCrimmon and defendant.   The DNA profile found in one of the condoms was consistent with only the victim’s DNA profile, while the other condom contained profiles consistent with both defendant and the victim.   On the cigarette butt, Special Agent Parker found the DNA profile to be consistent with defendant’s DNA profile, with the profile being 463 thousand trillion times to 25.9 million trillion times more likely to be observed from defendant than another unrelated African-American, Lumbee Indian, Caucasian, or Hispanic member of the North Carolina population.

Based upon the evidence presented at trial, the trial court allowed defendant’s motion to dismiss portions of one felonious possession of stolen goods indictment which alleged possession of a microwave oven, a television, and an AM-FM cassette compact disc player.   After the trial court instructed the jury on the appropriate law of the case, the jury deliberated and returned verdicts of guilty of first-degree felony murder based upon a theory of rape, first-degree rape, and first-degree burglary.   Defendant was acquitted of all other charges.

During the penalty proceeding, the State presented victim impact testimony from the victim’s niece and sister.   A mitigation specialist testified that defendant functioned at a low level of intelligence, that his father abandoned him at birth leaving him with no male role model, and that defendant has had problems with drug and alcohol abuse.