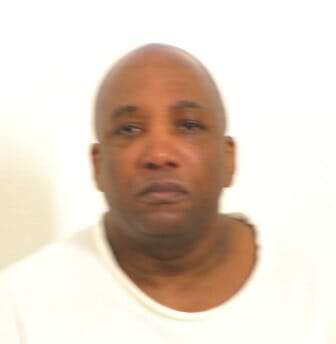 A Sebastian County jury voted unanimously Wednesday to sentence Thomas Leo Springs to death by lethal injection for the murder of his estranged wife, Christina Springs.

On Tuesday the five-man, seven-woman jury found Thomas Springs, 43, guilty of capital murder and two counts of aggravated assault in connection with a Jan. 21 attack on his wife at the intersection of North Greenwood and Rogers avenues. Witnesses testified during the three-day trial that Springs deliberately rammed a car occupied by three people, one of them his wife, then stabbed his wife to death as she sat in the car.

The jury deliberated for about 3 1/2 hours before returning a sentence of death for capital murder and six years in prison and a $10,000 fine for each count of aggravated assault, with the sentences to run consecutively.

The jury found that all three of the aggravating factors alleged by Sebastian County Prosecuting Attorney Steve Tabor existed, including previous violent felonies committed by Springs; endangerment of other peoples’ lives in the commission of the crime; and commission of the crime in an especially cruel or depraved manner.

The jury was required to find that at least one aggravating factor existed before it could impose the death penalty. The only other possible penalty was life in prison without parole.

Jurors also found that several of the mitigating factors alleged by Chief Public Defender John Joplin existed, including Springs’ emotional distress over the fact that his wife had left him and taken their children, but there was no mitigating factor that all 12 jurors agreed on.

In death sentence cases, an appeal is automatic.

After the sentence was announced, three of the six children Thomas and Christina Springs had together were allowed to make statements. Thomas Springs cried as Joshua Mooring, 13, Matthew Mooring, 15, and Chantelle Mooring, 18, spoke in turn.

“I forgive you,” Chantelle Mooring said to her father, after noting that she will never be able to tell her mother she is getting married, and her mother will never get to be a grandmother.

Springs also was allowed to speak. Sobbing loudly, he told his children he was sorry, told them to take care of each other and said he deserved to die.

In interviews after the trial, attorneys for both sides described the case as tragic.

“It was a tragedy to begin with, and it’s a tragedy the way it ended,” said Cash Haaser, one of the public defenders who represented Springs.

Tabor said he felt “an overwhelming sense of sadness about the whole affair” but said the jury “worked hard, they paid close attention, and I think they reached the verdict that the law calls for them to make.”

Joshua Mooring said after the trial that he believed his father should have received a life sentence.

“I will now be an orphan when my dad gets the death penalty,” he said.

Matthew Mooring spoke of feeling a mix of emotions about his father.

“I feel bad for him and I love him, but sometimes people make mistakes, and he made one. I wish what happened hadn’t happened. I wish I was with my mom right now,” he said.

Laura Eagle, one of Christina Springs’ sisters, said the sentence did not relieve her pain.

“We thought there would be closure, but it wasn’t a good feeling,” she said.

Kelly Repking, another of Christina Springs’ sisters, said she also felt no closure, but she hoped that good would come from Thomas Springs’ execution.

“Hopefully this will send a message to abusers that domestic violence needs to stop,” said Repking, who was in the vehicle with her sister when Thomas Springs attacked and killed his wife.

The defense called three witnesses Wednesday before resting its case.

Shelly Blanton, who was Thomas Springs’ supervisor at Whirlpool, described him as a good worker and said his eyes lit up when he talked about his children. Blanton said Springs’ demeanor was “down and quiet” after his wife and children moved out in December.

Greg Kannady, Springs’ pastor, testified that Springs was “someone who really cared about his family.”

Jennifer Springs, Thomas Springs’ sister, testified that her brother phoned her, crying, at 4 a.m. after his wife and children moved out.

Tabor told jurors that none of the witnesses for the defense lived with Thomas and Christina Springs.

Joplin urged jurors not to take Springs out of his children’s lives forever. He reminded the jury that on Tuesday one of the children, 12-year-old Jacob Springs, asked his father if someday he would explain why he did what he did.

“You’re not going to get an answer from a tombstone that says Thomas Leo Springs,” Joplin said.