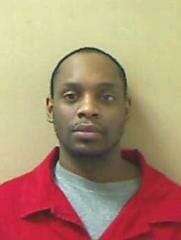 The jury in the Antwan Anthony case has sentenced the convicted murderer of three Farmville Hustle Mart employees in 2012 to death. The jury in the case announced its decision to a judge Tuesday afternoon.

The judge in the case gave the jury extensive instructions before handing the sentencing case to them to determine a verdict. The jury got the case late Friday and briefly deliberated before adjourning for the weekend.