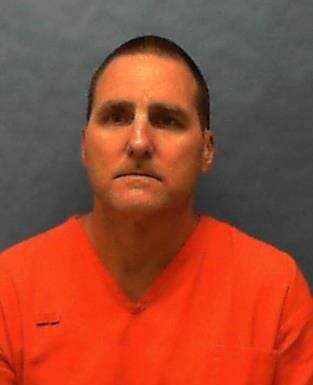 Margaret Torres (the victim) was the sister of Katie Alfonso and stayed at Alfonso’s house four or five nights a week. In June 1991, Bogle met Alfonso and shortly thereafter he moved in with Alfonso and the victim. Bogle and the victim did not get along and Alfonso eventually asked Bogle to move out. The following week [on September 1, 1991], Bogle, Alfonso, the victim, and another person went out together and things seemed to be going better. During the outing, however, Bogle and the victim began to argue again. Subsequently, Alfonso and the victim refused to allow Bogle into Alfonso’s house. Bogle then broke through the screen door of Alfonso’s house, grabbed Alfonso’s neck to push her out of the way, grabbed the victim’s arm to remove the telephone from her hand as she tried to call 911, pulled the telephones out of the kitchen and bedroom, and took clothing from the house. As he left the house, Bogle told the victim that she would not live to tell about it if she called the police and pressed charges. In response to the victim’s uncompleted call to 911, a deputy sheriff arrived shortly after Bogle left. The deputy referred the matter to the state attorney’s office. Several days later, Bogle called Alfonso and again threatened the victim, stating that, if the victim pressed charges, she would not live to tell about it.

About two weeks later [on September 12, 1991], Bogle called Alfonso to ask if he could come over to her house. The victim was out for the evening. When Alfonso told Bogle that he could not come over, he became furious and hung up. Later that night, Bogle and the victim ran into each other at a bar called Club 41. Witnesses saw them talking briefly. Witnesses also noticed that Bogle was clean and had no noticeable injuries of any kind when he arrived at Club 41. The victim left Club 41 at about 1 a.m.; Bogle left approximately five minutes later. About forty-five minutes after that, Bogle approached a car outside Club 41 and asked for a ride. At that time, his forehead was scratched, his clothes were dirty, and his crotch was wet.

The next day, the victim’s nude and badly beaten body was found outside an establishment [“Beverage Barn”] located next to Club 41. Her head had been crushed with a piece of cement, and she had died of blows to the head. Additionally, she had semen in her vagina and trauma to her anus consistent with sexual activity that was likely inflicted before death. The DNA extracted from the semen was consistent with Bogle’s DNA (12.5% of Caucasian males could have contributed the semen), and a pubic hair found on the crotch area of Bogle’s pants matched the victim’s.

Bogle put on no evidence in his defense. The jury found him guilty of burglary of Alfonso’s home with force, retaliation against the victim as a witness to that burglary, and first-degree murder of the victim. A penalty phase proceeding was held on the first-degree murder conviction, and the jury recommended death by a seven-to-five vote. The trial judge, however, granted a new penalty phase proceeding after determining that improper rebuttal evidence had been presented by the State.