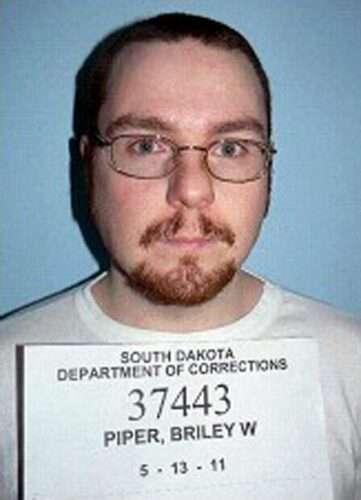 On March 12-13, 2000, Briley Piper and two others, Elijah Page (Page) and Darrell Hoadley (Hoadley), kidnapped and killed Chester Allan Poage (Poage) so that they could steal property from the home Poage lived in with his mother and sister in Spearfish, South Dakota.

[¶ 4.] Once there, Page exposed a .22 caliber pistol, which he had stolen from Poage’s mother’s room at the Poage residence, and ordered Poage to get on the floor.   Once Poage was on the floor, Piper kicked him in the face, knocking him unconscious.   While Poage was unconscious, he was tied up with a cord and sat upright in a chair.   After he regained consciousness, Piper laid a tire iron across his feet to prevent him from moving, while Page made him drink a mixture containing crushed pills, beer and hydrochloric acid.   During this time, Poage begged for an explanation as to why his alleged friends were doing this.   In response, Page hit him in the face and told him to “shut up.”   While Piper and Page discussed their plan to kill Poage, which included slitting the victim’s throat, Poage pleaded for his life and offered to give them everything he owned in exchange for his release.   At this point, Page asked Poage for the personal identification number for his ATM card, and Poage gave it to him.

[¶ 5.] Next, the group escorted Poage to his own vehicle, placed him in the back seat and threatened his life if he attempted to escape.  Briley Piper got in the driver’s seat.   The group stopped at a gas station, and then Piper drove the group to Higgins Gulch in the Black Hills, a wooded area about seven miles away from the house where Piper, Page, and Hoadley had been staying.   Upon arriving at Higgins Gulch, the group forced Poage out of his vehicle into twelve-inch deep snow.   Poage was forced by Piper and Page to take off all of his clothes, except his tank-top style undershirt, shoes, and socks in temperatures of about twenty-five degrees Fahrenheit.   The three young men then took Poage’s wallet.

[¶ 6.] Thereafter, the three tried holding Poage down and covering him up with snow.   Poage was then escorted to an icy creek, just over fifty feet from the road they had driven on to reach the gulch.   Page and Piper admitted kicking him numerous times in various parts of his body and head.   At one point in the attack, Poage did try to escape, but upon Piper’s urging, Page recaptured him and continued to beat his near-naked body in the freezing temperatures.   Poage was also made to lie in the icy creek water for a lengthy period of time.   Piper later stated he had kicked Poage at the gulch a couple of times in the body and a couple of times in the head.   Throughout the beatings, Piper laughed and said things like “Ohh ․ like that would suck” and “Ah, that’s got to hurt.”

[¶ 7.] At one point, Poage asked to be let into his vehicle to warm himself.   The record indicates that Poage said he preferred to bleed to death in the warmth rather than freeze to death in the cold.   Piper agreed to grant his request, so long as he washed the blood off of his body in the creek.   After rinsing in the icy waters, Piper refused to let him warm himself in the vehicle.   Instead, they continued beating and taunting Poage.

[¶ 8.] Next, Poage was dragged back into the creek, where Briley Piper and the others attempted to drown the victim.   The co-defendants’ stories diverge somewhat on the final fate of Poage.   One witness stated that Piper admitted standing on Poage’s neck to help Hoadley drown him, then Piper stabbed him twice or more-once by the ear and then under the chin.   Piper’s brief contends he did not participate in the drowning attempts or stabbings, but instead that he went back to Poage’s vehicle.   After the drowning attempts, stabbings, beatings and stoning, Poage was still moving.   According to Piper, Hoadley threw the final rock that killed Poage, but at that point Piper was not there to personally witness this act.   Both Page and Hoadley admitted they jointly dropped large rocks on Poage’s head, actions which they believed finally killed him.   Approximately four hours after the three kidnapped Poage, and about three hours after the beatings began at the gulch, Poage was left for dead in the creek.

[¶ 9.] Piper drove the three away from the secluded area in Poage’s vehicle, and they proceeded to discuss how they would divide Poage’s property.   They went to Poage’s house and stole numerous items.   The group then drove to Hannibal, Missouri, together.   There, they visited Piper’s sister, but upon her refusal to let them stay, they headed back to South Dakota.   The group returned to Rapid City, South Dakota, using Poage’s ATM card for cash and pawning some of Poage’s property throughout the trip.3  Eventually, the three went their own ways.   Piper ultimately ended up in his home state of Alaska.4

[¶ 10.]  On April 22, 2000, over a month after the three left Poage for dead, a woman who owned land near Higgins Gulch spotted what was later determined to be Poage’s remains in the creek.   His body was found, clad in a sleeveless t-shirt, socks and shoes.   Donald Habbe (Habbe), a forensic pathologist from the Clinical Laboratory in Rapid City, performed an autopsy on the body.   Habbe discovered numerous head injuries and stab wounds.   Some examples of the head injuries inflicted included:  stab wound to the jugular vein, another stab wound through the skull, and a complex, spider-web shaped skull fracture that measured five inches.   Habbe determined the cause of death was the “stab wounds and the blunt force injury to the head.”

[¶ 11.]  After the body was discovered, Piper became a suspect.   Law enforcement from South Dakota tracked him down in Alaska, questioned him and arrested him for first degree murder.   While still in Alaska, he gave a detailed statement describing Poage’s murder and his participation in it to South Dakota law enforcement.   He was subsequently extradited to South Dakota.   Piper was then jailed in Lawrence County, South Dakota.   He later pleaded guilty to, and was convicted of, first degree felony murder;  kidnapping;  robbery in the first degree;  burglary in the first degree;  and grand theft.   A sentencing hearing began on January 17, 2001, and lasted for three days.   At the hearing, the State argued for the death sentence, and Piper argued against imposing such a sentence.   After argument, the circuit court ruled that the death penalty would be imposed for the first degree murder conviction.   Thereafter, co-defendant Page also pleaded guilty to the same charges, and after an extensive sentencing hearing, he was also sentenced to death by the same judge.   Hoadley then stood trial in front of a jury on the same charges.5  He was found guilty of the same charges but the jury sentenced him to life in prison.   See State v. Hoadley, 2002 SD 109, 651 N.W.2d 249.   Thereafter, Piper appealed to this Court.