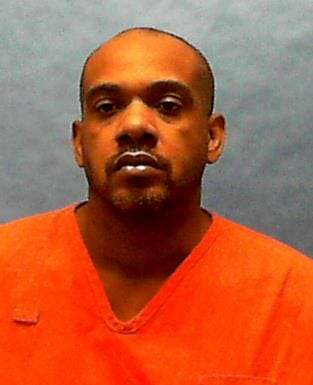 man who stabbed his elderly neighbors to death last year in West Palm Beach was sentenced to death on Friday by a judge who called the murders “wicked and shockingly evil” and told the man he had forfeited his right to live.

“The terror suffered by Clair Brunt and the method of injuries inflicted by the defendant demonstrate that this killing was indeed heinous, atrocious and cruel,” Garrison said.

It marked the second time this week a death penalty was handed down in South Florida.

On Wednesday, Julio Mora was sentenced to die by a Broward County judge for the 1997 killing of his former boss and a pregnant attorney during a deposition in Fort Lauderdale.

In both cases, mental illness became an issue. Mora’s attorneys insisted their client suffered from paranoid delusions when he lashed out at his victims.

Mental health experts testified that Francis, of West Palm Beach, was obsessive-compulsive, and may have had bouts of psychotic behavior.

Garrison said that Francis’ paranoid disorders may have affected him during the killings, but that he wasn’t under any particular distress at the time and had carefully planned the murders and tried to cover up his crime.

Francis, a neighbor, had occasionally done odd jobs for the victims, but stopped by their home at 2000 Ware Drive last July looking for money to support his heroin addiction, prosecutors said.

He threatened Brunt with a rifle, then stabbed her 16 times with a kitchen knife he took from their home as she sat in a living room chair. Her wounds showed that she tried to fend off the attack.

“The threat with the rifle and the repeated stab wounds show that the victim was in great fear and was well aware of her impending death,” Garrison said.

Flegel, meanwhile, tried to run from Francis, but he caught up to her in the kitchen and stabbed her 24 times, leaving her to bleed to death on the floor.

He stabbed the sisters with such force that he broke one of the knives.

“Bernice Flegel watched her sister dying,” Garrison said. “She was in terror as the defendant turned his attention to her. She was repeatedly stabbed and continued to try to escape, knowing that she and her sister were dying.”

The sisters, both widows, had shared a home and taken care of each other since the early 1980s.

On July 24, 1997, Brunt’s daughter, Susan Wood, went to their home to drop off some videos and found her mother slumped in the living room chair and Flegel face down on the kitchen floor.

Francis was arrested after an informant told investigators that Francis had offered to sell several items missing from the twins’ home.

Although no hair fibers or fingerprints linked Francis to the scene, Charles Hicks, an acquaintance of Francis, said Francis gave him an antique pocketwatch and old coins that had been stolen from the twins. In exchange, Hicks said, Francis wanted an AK-47 assault rifle.

Because of automatic appeals at the state and federal level, the average stay on Florida’s Death Row is about 101/2 years.

After the sentence was handed down, Wood, accompanied by Flegel’s daughter, Karrie Cutting, said she was relieved the ordeal was over.

“It gives us closure, but it doesn’t bring them back,” Wood said. “It was a terrible thing they went through. He earned (the death penalty) for himself.”

Francis’ brother, Rysean Goods, said that evidence during the trial was weak and that Francis was innocent.

Although Francis’ attorneys argued their client was mentally ill, they did not request a hearing to try to declare him legally insane.

“There’s no doubt he had a mental illness,” said Assistant State Attorney Marc Shiner. “But the mental disorders did not make him do the crime. He was not legally insane. He knew how to plan things out.”

The two recent South Florida cases could serve to fuel the debate over whether a mentally ill person should be executed.

Richard Dieter, director of the Death Penalty Information Center, said the way the death penalty is administered in this country raises serious concerns, considering only about 1 percent of those convicted of first-degree murder are condemned to die.

“How do we pick the few that we do? How do we get to that 1 percent?” said Dieter, whose organization, based in Washington, D.C., opposes the death penalty. “It remains an arbitrary thing.”

Often, it’s given to defendants with the worst lawyers or in cases with the most sympathetic victims, Dieter said.

For that reason, those with diagnosed mental illnesses should not be considered for the ultimate penalty, he said.

“They are not necessarily the ones who are most in control of their behavior,” he said.