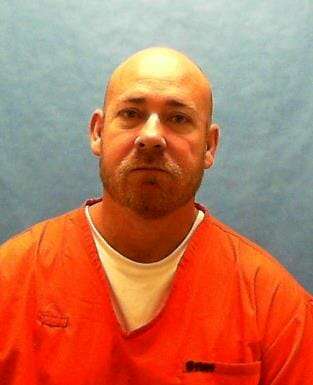 An Okeechobee County jury voted unanimously Thursday to recommend that Dale Middleton, 39, should face the death penalty for using a knife to murder a neighbor on July 28, 2009.

The same jury last week convicted Middleton of the first-degree murder of Roberta “Bobbie” Elizabeth Christensen following a trial at the Okeechobee County Courthouse, according to a state prosecutor.

At trial, jurors were told Middleton targeted Christensen for a robbery after seeing her with a stack of cash from tips she’d earned as a waitress at the Golden Corral restaurant.

However, when Middleton, of the 2700 block of Northeast 11th Court, went to Christensen’s home and couldn’t find any cash, he killed the 49-year-old and stole a large-screen television, which he later sold for $200, records show.

Chief Assistant State Attorney Tom Bakkedahl said Middleton will be sentenced in late September or October. It’s up to a judge to rule whether Middleton will face life in prison or execution, but the court is required to give great weight to the jury’s recommendation.