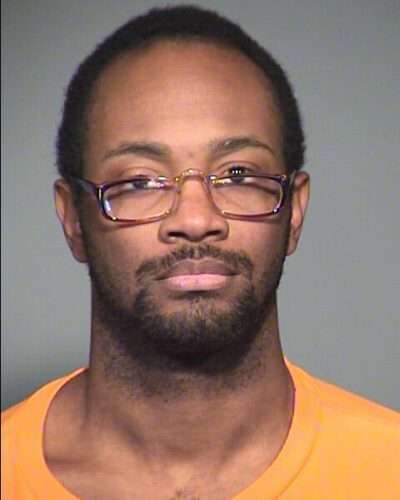 The lawyer of a man convicted of murdering a toddler in 2009 and sentenced to death said his client would continue to seek a retrial.

Dauntorian Sanders admitted to investigators he violently beat Schala Vera. He said he called police when he found her not breathing.

12 News spoke with the toddler’s step-grandmother, Ethel Wagner, after the Arizona Supreme court affirmed Sanders’s convictions and sentencing on Sept. 13

“It breaks my heart everyday thinking that we let her go back with them and then this happened,” Wagner said.

The step-grandma was filled with regret as she spoke with 12 News Friday. Her little Schala, who she raised on the East Coast during her first two years of life, was dead.

“She was a happy little girl, always smiling and bringing a smile to everybody she met,” Wagner said.

Police records revealed continuous beatings at the hands of Schala’s own mother and her boyfriend, Dauntorian Sanders.

“The guardianship papers we had were up, she came and said she had got her life back together and she was ready to be a mom,” Wagner said.

Documents from the Chandler Police Department revealed the mom, Susan Witbracht, who also went by Jessica Yates, was not willing to protect her child.

Sanders admitted to police he got out of control on August 31, 2009. Bruises on the toddler’s arms, legs, torso and head and belt buckle patterns throughout little Schala’s body showed the nightmare she suffered.

On the day of the fatal beating at the end of August, the three-year-old crawled into a bathroom in her home to hide from her attacker. That’s where investigators said Schala took her last breath.

“I hope and pray someday justice will get served for her because she didn’t deserve it,” Wagner said.

Sanders, who was convicted of murder and child abuse in Sept. 2014, was sentenced to death.

Sanders tried to appeal, but the Arizona Supreme Court affirmed Sanders’s convictions and sentencing on Sept. 13, 2018.

“It hurts because it keeps bringing it up and I really can’t get closure and I hope and pray he doesn’t get it,” Wagner said.

Schala’s mom was sentenced to 35 years to life in prison.

Witbracht told investigators not only did she watch as her boyfriend battered her daughter with belts for months, but she also took part in it.

Detectives said even after hearing the violent strikes led to her daughter’s death, mom said she, “adored the boyfriend.”

Wagner wished her stepdaughter would’ve given little Schala an escape, when she had the chance.

“We even bought her plane tickets and everything to bring her and Schala out here away from him and she never took the opportunity to get out, but she had the chance,” Wagner said.

Sanders’s lawyer said he planned to keep working to get his client a retrial.

After working on Schala’s death investigation, the lead detective, Gary Fuller, began the Child Abuse Prevention and Awareness Coalition to educate communities across the state on how to report child abuse.