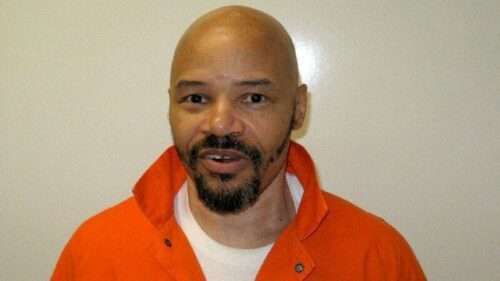 For 33 years, Douglas Carter has been at the Utah State Prison staring down a death sentence for a brutal murder in Utah County — yet, just this week, the Utah Supreme Court heard evidence of the shady dealings that may have helped put him there.

If defense lawyers get their way, Carter may get a new trial — and, based on the information before the justices, that would be a just outcome, based on the gross, possibly criminal, malfeasance in the case.

What should also be on trial, in a larger sense, is the public’s confidence in the system of justice that put Carter on death row and whether, despite its flaws, we can continue to trust it when the state is seeking to take a person’s life.

In 1985, a jury convicted Carter of murder based on a case built on a written confession Carter had given to police — a confession Carter later argued was coerced — and the corroboration of that confession by two witnesses, Epifanio and Lucia Tovar. The Tovars testified at trial that Carter had bragged about killing 57-year-old Eva Olesen, who was the aunt of Provo’s police chief at the time.

Now, the Tovars say that Provo police gave them groceries and gifts for their children, paid their rent and sang Christmas carols with the family in the months leading up to the trial. The Tovars said they were instructed by police to lie about those payments if they were asked about them on the witness stand. At trial they testified they only ever received a $14 witness fee.

The police had additional leverage over Epifanio Tovar because he was an undocumented immigrant facing the potential of deportation.

It’s entirely possible Carter did kill Olesen and bragged about the slaying, and that the payments from officers didn’t influence the Tovars’ testimony in the slightest.

But it’s also entirely possible that a juror hearing about the payments from police would rightly question the validity of the testimony, and it might raise doubt about the Tovars’ credibility and, accordingly, in the veracity of the confession to police.

Justice Deno Himonas recognized that cash and gifts exchanging hands could impeach the witnesses’ credibility and was troubled by the fact it had been concealed.

“On a death sentence case, it doesn’t trouble you that an official from the prosecuting arm specifically told the material witnesses to lie about the benefits received from the state?” HImonas asked Erin Riley, the assistant solicitor with the unenviable task of defending the state in this case.

Let’s not sugarcoat the crime Carter is accused of: A jury convicted him of stabbing Olesen before shooting her in the back of the head during a home-invasion robbery on Feb. 27, 1985. There is no denying the brutality of the crime.

Are we willing to have someone put to death in our name knowing that jurors were misled by witnesses who, it appears, were cajoled or coerced by law enforcement into lying about blatant misconduct?

Carter’s is not the first capital case in which we have seen flaws in the system that should undermine the public’s confidence.

In September, attorneys for Ramon Rivera said they haven’t been able to get access to basic records relating to charges against their client, who is accused of a gang-related murder — a case in which Rivera faces potential execution.

In March, Steven Douglas Crutcher was potentially facing the death penalty for killing his cellmate, but a judge instead sentenced him to life in prison when it was revealed that the Department of Corrections had withheld some 1,600 medical records from the defense team.

“I’m about as angry about this as I have been about anything in my career,” 6th District Judge Wallace Lee scolded. “This is totally wrong. … That is something I would expect from Russia or North Korea, not a society like we have under the Constitution. It’s got to stop. I’ve worried that if it’s happened in this case, it’s happening in other cases out there.”

And that’s just it: We don’t know. We don’t know if there are cases in which records are being withheld or witnesses are being paid or our system of justice might be, for whatever reason, returning unjust results.

The National Registry of Exonerations has documented some 2,357 cases where innocent people were convicted. Was Carter one of those? Probably not. But probably shouldn’t be good enough when the state plans to take someone’s life?

At a minimum, Carter should get a new trial.

And, hopefully, it will prompt the Legislature to finally consider if we can have complete trust in our justice system and, if the answer is no, whether we want the state to be in the business of killing people.